Posted on April 28th, 2021 by Steven Frankel in Point-to-Point

Apple’s reputation and wealth resulted from its track record of improving revolutionary products. It doesn’t try to be the first in the marketplace. It prefers to wait until new products have proven appeal and then to build superior devices.

The iPhone is a perfect example. Apple waited for pioneers such as Motorola and Blackberry to release their mobile telephones and then crushed them with iPhone. Then, by improving the iPhones’ cameras, they nearly destroyed Kodak, Pentax, and Nikon.

Apple did the same thing with portable computers. It built upon the PC market that Kaypro, IBM, and Compaq created; and drove them out of the marketplace with the Mac and MacBook. 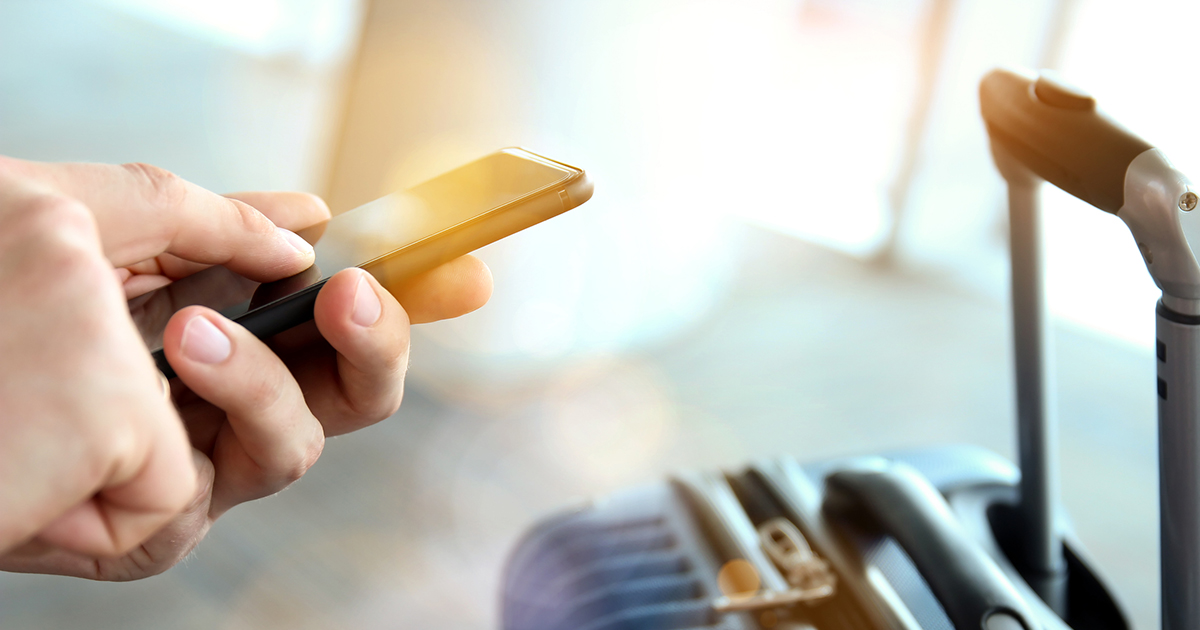 Now Apple has just entered the “locator tag” market. Locator tags permit you to find anything that you lost in your house or car. Tile, the originator, sold millions of these gadgets in the past few years, most of which are hanging on key chains or hidden in wallets or purses.

Tiles are 1.5” square wafers about ¼” thick with a small hole that fits a key fob. Another model is the size of two stacked credit cards. Tiles send out a Bluetooth signal that has ranges from 200-400-feet, and they can locate things such as keyrings to which they are attached.

Locator tags will guide you to what you’ve lost using an IOS (iPhone) or Android (Samsung or Google) phone app. It also triggers a “beep” that you can hear when you get close. The latest, most potent Tile sells for $89 for four locator tags. Until now, Samsung has been its major competitor.

Now, thanks one amazing feature, the Apple AirTag will probably drive these companies out of the locator market within months. How? Whereas Tiles are limited to about a 400-foot radius under most circumstances, the slightly more costly AirTags can find objects anywhere in the world!

Suppose you lost your rollaway bag somewhere in Tokyo’s huge Narita airport, and you’re now in San Francisco. All you’ll need to do is go to the Find My app on your iPhone 11 or 12 and click the Rollaway icon that you previously created. Then click on the Rollaway icon to declare it ‘LOST.’

Your iPhone will emit an alert to a billion Apple devices located throughout the world to be on the lookout for your lost bag. If any of the iPhones or iPads (and some Android devices) come within the Bluetooth range of the lost AirTag, the Find My app will immediately send your bag’s approximate location.

The Find My network will ask the owner of the iPhone that your signal has alerted to be guided to the lost object. The network will ask them to contact you when they find it by tapping their phone against the AirTag. In that way, using the NFC (Near-Field Communication) capabilities, the app will permit the iPhones to communicate, so that you can ask the person who found your bag to help you get it back.

You won’t know who found your bag and is messaging you, and the stranger will not know who or where you are; but the chances are excellent that, in Japan at least, you’ll get your bag returned with all the contents undisturbed.

Let’s say that you’ve had an expensive camera grabbed by a thief when your spouse set it down on a bench during an excursion. If you’ve hidden an AirTag within the shoulder pad on the camera strap, you can trigger the LOST function, and the tag will start to broadcast its location to other iPhones in the vicinity, no matter where the thief goes with it. Nearby police may track down the thieves, or at least locate your camera. Police in tourist areas are used to tracking down valuables and, in most places, they take these thefts seriously since they’re bad for local businesses.

If you’ve inadvertently misplaced your keys within your home, your iPhone’s screen will guide you to where it is. You can also trigger your AirTag to generate a “beep.”

The AirTag is about the size of two stacked quarters. Every iPhone 11 and 12 includes a “U1 Ultrawideband chip” plus Bluetooth and NFC capabilities. Because AirTags have matching capabilities, they make the alert tags on the market from Tile and Samsung seem like Model T’s.

A paper-thin removable battery powers the AirTags. Apple says these last a year, can be bought in most pharmacies, and you can replace the battery yourself in seconds. The AirTags are rated IP67 for dust and water resistance. This means they can be submerged in water up to 3 feet for 30 minutes.

The story will get even better later this year. Apple has just started licensing AirTag technology that manufacturers can build into suitcases, backpacks, bicycles, wallets, and passport cases. If auto producers include it in new cars, this can halt car chases, enforce speed limits, prevent car thefts, and save thousands of lives.

Independent Apple analyst Ming-Chi Kuo, who is seldom wrong, says that Apple is working on an Apple Car that will launch between 2023 and 2025. Perhaps AirTag capabilities will be one of its first killer features.

At $29 for one, or $99 for a set of four, AirTags are sure to be among the most popular gifts for 2021. Look for many travel advisors to cease buying bottles of wine or spa appointments for departing clients but instead gift them with AirTags.

More than a few luxury cruise lines will probably send out AirTag holders with their logos that can be hidden in the outside pockets of luggage pieces. These may replace or be added to the faux leather tags that Seabourn, Silversea, and Regent have sent to guests for years. The guests could trigger these tags if a luggage piece doesn’t appear in their stateroom on the first day of the cruise. Or if it can’t be found stacked outside the ship on disembarkation day.

Apple will engrave AirTags with three written characters for free. They will also engrave a four-pack of AirTags with different initials on each tag. Engraving adds two weeks to the ordering process, but it’s a beautiful way to cement client relationships for as little as $29.

If you let me know that the AirTags’ interest you, I’ll follow up in May with a hands-on user review when my tags arrive. I’ll focus on a few problems unique to travel such as tracking a tag in a camera bag that’s somewhere in the Bradley International Terminal of LAX. Feel free to suggest other challenges that I can replicate close to home.