Posted on April 8th, 2021 by David Cogswell in The Incessant Traveler

The jobs report from the US Department of Labor on Good Friday was a great Easter present, with job growth way outpacing projections, pointing to a resurrection of the economy. Dow Jones was expecting 675,000 new jobs. But we got 916,000, the largest number since last August. Unemployment dropped to 6 percent, down from 14.7 percent in April 2020.

Not surprisingly, the gains were led by the same sector of the economy that took the biggest hit from COVID: the hospitality industry.

According to CNBC, “Leisure and hospitality, a sector critical to restoring the jobs market to its former strength, showed the strongest gains for the month with 280,000 new hires. Bars and restaurants added 176,000, while arts, entertainment and recreation contributed 64,000 to the total.” 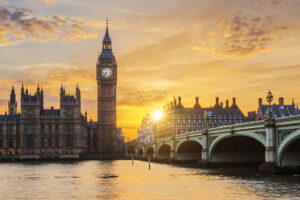 It’s another sign that a recovery is building. Though COVID case numbers are on an upswing again, probably because of a relaxation of caution as the end of the pandemic comes into view.

I spoke to Paul Barry, CEO of Avanti Destinations, a major wholesaler of independent travel packages to Europe, Asia, and Latin America. “Things must be looking good for you,” I beamed. He did not exactly explode with enthusiasm.

The jobs report is good. Vaccinations are spreading faster than expected. The death rate is declining. It’s all pointing to a glorious recovery. But, until the borders are open and people can travel safely again, the travel industry can’t pull the lever on the rebound.

Though, currently like a child looking at a chocolate cake on the other side of a screen, Paul Barry is optimistic.

“We expect in the next three months to see a complete sea change in the landscape of certainty of travel to Europe,” he said. “We’re following the media very closely in Europe and what they’re doing.”

Barry is closely attuned to international developments that may affect his business. That morning he’d held a conference call with Avanti’s partner destination management companies. He’s receiving intelligence reports from travel professionals on the ground, and also has feelers into government agencies concerned with tourism policy. Those agencies are also very interested in what people like Paul Barry are seeing on the ground. Tourism is vital to their economies.

“There seems to be a general understanding,” said Barry, “that tourist destinations, especially the ones that are highly reliant on tourism, really need to open up. The general consensus seems to be that the vaccinated people will lead the way. But they’re just trying to work out logistics and when.”

How Will the Reopening Unfold?

At the moment, Barry said, there is little coordination among governments regarding the reopening. Each is going its own way.

Thailand is opening Phuket on July 1st for vaccinated tourists. It will be a test to see if it can be done safely. Iceland is opened to vaccinated tourists, and the government and the private sector have made sure that testing is available for Americans—who will need tests within three days of returning to the states. Costa Rica has done the same.

In Europe, Barry expects the UK to be the first country to reopen. Prime Minister Boris Johnson is expected to make an announcement soon outlining the roadmap for reopening tourism. Barry speculates that Britain will be opened to vaccinated Americans on July 1st, with no quarantine required.

Avanti recently participated in a fact-gathering project of the British government, providing sales data from the US travel market, to help officials make policy decisions. The report was delivered to the British prime minister.

“The report made very clear the fact that having quarantine is a total tourism killer,” said Barry. The study examined the aspirations of American travelers as seen from the desks of travel agents.

“We started with the very simple question: Do you have passengers who want to travel to the UK?” said Barry. “Then we asked: If Britain opens up in the third quarter and Europe does not, would some of your passengers then change their destination to the UK from other destinations? We got a very positive affirmative answer on that. We asked if there is a lot of pent-up demand for international travel in the third quarter, and we got a very affirmative response to that.”

The survey asked travel agents how many clients they would expect to send to Britain, if it opened for the fourth quarter. “We got very large numbers from that,” he said.

The report, which was headed for top policy makers in Britain, made clear that Britain could gain a huge strategic advantage if it opened before the EU. And with the EU lagging behind Britain, Israel and the UK in its vaccination rate, Barry thinks that is likely. That could set up Britain to be on the receiving end of the pent-up demand about to burst forth.

The report also made clear that domestic tourism in the UK, and probably likewise in France, Italy and Spain, cannot replace international tourism as a revenue stream.

Domestic tourists spend about a third what international tourists spend. “So it’s not a situation where countries can close borders and say, ‘Alright, they’ll just spend their tourism money domestically.’ The numbers just don’t add up,” he said.

No Time to Let Down Your Guard

Barry agrees that signs for recovery are looking good, but he is concerned that the laxness about safety measures may be wiping away some of the gains.

“We’re plateauing right now,” he said, “Which is, in one respect, like a surge, because we’re vaccinating so many people right now. The vaccinated people are being taken out of pool of people who are vulnerable to infection.” With so many the vaccines being administered, we should be doing better.

“There are a couple of things going on now,” he said. “There is a bit of a surge going on, with probably some new variants. But on the other hand, we’re vaccinating 2.5-3 million people a day.”

In spite of some backsliding, Barry expects a strong resurgence in tourism in coming months, and he sees the independent travelers leading the recovery.

“Right now, domestically there’s a huge surge in tourism in the US, Mexico and the Caribbean,” he said. “But the type of tourism that’s going on is mostly FIT. There’s no group or convention part of it. There aren’t bus tours going around. Business travel is still severely impacted.

“Yet leisure-based independent travelers within the United States, whether they’re going to Hawaii, Florida, Mexico or the Caribbean, are traveling. The independent market is the one that has returned very quickly and very strongly, and that pattern is certainly going to happen overseas.”

At the moment, more people seem to feel safer traveling independently. “Rightly or wrongly,” he said, “a customized vacation makes people feel as though they are in their own bubble. A lot of the sightseeing is done independently, just with a driver and guide, or a driver/guide. From a customer’s perception, it’s considered a safer, less risky form of travel because of the minimization of human interactions involved.”

The market is stirring. But there is a logjam at the door.

“We’re seeing a lot of requests for itineraries and pricing,” he said, “but people are not yet ready to pull the trigger on putting the deposits down until things become a little more certain.”

Farther down the road, people are more optimistic about traveling again. “We are seeing a quite a few bookings for 2022,” he said, “and a lot of them are pre- and post-cruise packages. In talking to travel agents, people in my office are saying that customers are booking 2022 cruises because there’s going to be very limited inventory after effectively two years with no cruising—and they’re not going to double the number of cruise ships. So there’s going to be very limited inventory for 2022, so they are putting money down right away on that.”

Share your thoughts on “Avanti Destinations Watches the Recovery Unfold”