Hats Off to the Scientists | Travel Research Online

Hats Off to the Scientists

Posted on April 1st, 2021 by David Cogswell in The Incessant Traveler

As we see the dissemination of anti-COVID vaccines into the population at a rate of millions of doses per day, and the relevant numbers are trending in positive directions, it seems appropriate to take a moment to thank the scientific community for producing these wonder drugs with unprecedented speed and effectiveness.

As we gradually recover our mobility as a nation, some aspects of our previous life will resume. In essence: life will begin again. The previous “normal” is not in the cards. But I’m pretty happy about the one that is taking shape. 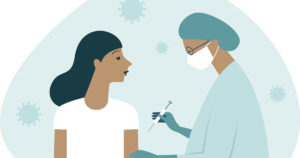 The vaccines are, themselves, a wonder of science and industry. When I heard last year that vaccines usually take years to produce, I was not very hopeful. I certainly didn’t expect anything to materialize in less than a year.

But it turns out that producing this vaccine actually did take years. A lot of the work was already done before COVID-19 came on the scene.

Coronaviruses first became known in 1930, when a respiratory disease struck poultry farms in North Dakota and Minnesota, leaving tens of thousands of dead chickens in its wake. The virus was named infectious bronchitis virus (IBV), and researchers discovered that it was different from the flu virus that normally causes bronchitis.

Research continued, and in 1968 a group of scientists wrote to the journal Nature to request that the IBV and other similar viruses be classified as a coronaviruses. The name was based on the way they appeared under an electron microscope. The spikey proteins on the surface of the virus create a sort of halo, similar to the corona around the sun.

At that time coronaviruses were not causing any illnesses in human beings more serious than the common cold, so there was not a great deal of urgency to research corona viruses.

It took researchers only a month to decode the genome of the virus that caused SARS. But SARS was stopped without a vaccine, by quarantining. In 2003, the World Health Organization declared it contained.

In case of any possible future outbreaks, work continued on a SARS vaccine. The spikey proteins were used as the “target” for the vaccine, the part of the virus that is used to introduce it to the immune system. The use of the spike as the target was first proposed in 1991, as part of an effort to develop a vaccine for a canine coronavirus.

The research produced a number of possible vaccines that were found to be promising against SARS, MERS, and other coronavirus diseases. A vaccine was created in the lab, but funding lapsed. Pharmaceutical companies were not very excited about funding development of a vaccine that was unlikely to be used much.

In addition to that, further testing would require finding subjects who were infected with the disease, and there were no further outbreaks of SARS. So, the vaccine was never manufactured.

But when the Chinese posted the genome of the COVID-19 virus, the scientists who had worked on the SARS vaccine recognized that their previous work could be plugged into the process of developing a vaccine for COVID.

Another thing that sped up production of vaccines was the fact that the manufacturers didn’t wait until testing was complete to start ramping up production. To do that, they had to take the risk that, if the testing of the vaccines was not successful, their preparations for manufacture could have been wasted.

We now have three approved vaccines available: Pfizer, Moderna, and Johnson & Johnson. There have been 200 vaccines in clinical and pre-clinical trials, using a variety of vaccine strategies. So, we are likely to see more vaccines.

The War on Science

I read about a recent Pew Research Center study that found that 35 percent of Americans believe that scientists just make up whatever results they want in their research to serve their purposes or agendas. That’s a lot of people to flat-out reject science.

In the face of such a lethal worldwide pandemic, I am bewildered by people who just write off science.

I don’t suggest that anyone should believe every conclusion or theory that comes from scientific research. Skepticism is perfectly at home in science. In fact, along with curiosity and wonder, skepticism is at the core of the scientific method.

Science is just a method for testing ideas and information in a disciplined, rigorous way. It’s a way to subject your observations to a process to help figure out if an idea is true or not.

The only thing you have to believe in with science is the basic integrity of the method of testing, verifying, judging information and coming to conclusions within very narrow categories of acceptability. It’s no guarantee that the given theory is correct, but it raises the chances.

Science is not a doctrine. It’s not like a book of laws or a religious text that you must commit to believing in. Every scientific conclusion is subject to questioning. If further information comes in to negate the previous theory, it’s out the window. Those are the rules. That’s what science is, a set of rules.

Science is a method that has produced dazzling results. Let me just mention dentistry, as an example. It’s not a hard case to make that advances in dentistry have greatly improved the quality of life over the last century. That could be said more broadly about medical science in general.

But here we have a real life-and-death situation, in which science can help us to survive. I’m not talking only about the vaccines, but also with epidemiological principles such as quarantining, masking and distancing, and new technologies that can aid in detection. And a large number of people dismiss all of it, because they don’t trust science—or think it’s all a hoax.

I don’t judge those who express reservations about the vaccines. That kind of skepticism is endemic to science. These vaccines are new. It’s not possible to know everything about them, or how they may affect people in the long term. We haven’t had a long term yet in which to test them. So, I respect anyone’s concerns.

Yes, in spite of rigorous testing, it is still possible that some side effect may yet emerge over the long term.

And, if we want to give everyone a seat at the table here, I have to admit that I can’t disprove the theory that the vaccine program is a hoax designed as a pretext to inject microchips into everyone so we can be controlled like robots by the Illuminati.

Let’s allow each idea its own range of probability. But for me, right now, from all the evidence I have seen, I feel a lot better going for the vaccine than one of the alternative theories. The chance of being struck down by COVID-19 is all too real, all too measurable. So, I am going with that, thank you very much. I’m taking my chances on the vaccine.

Share your thoughts on “Hats Off to the Scientists”