Vegas’s Low-Grade Burn Is About to Pop

Posted on April 29th, 2021 by David Cogswell in The Incessant Traveler

People are venturing out on the streets again, tentatively testing the waters. Las Vegas’s First Friday Art Walk and Street Festival was held in person April 2nd, in Las Vegas’s Arts District for the first time in a year.

Sin City is waking up from a long slumber. Vaccinations are bringing freedom back to America. America is ready to party. And where does America go to let it all hang out? Vegas of course.

Access to overseas destinations is still minimal. All signs point to Vegas as the focal point for a tremendous surge of demand. 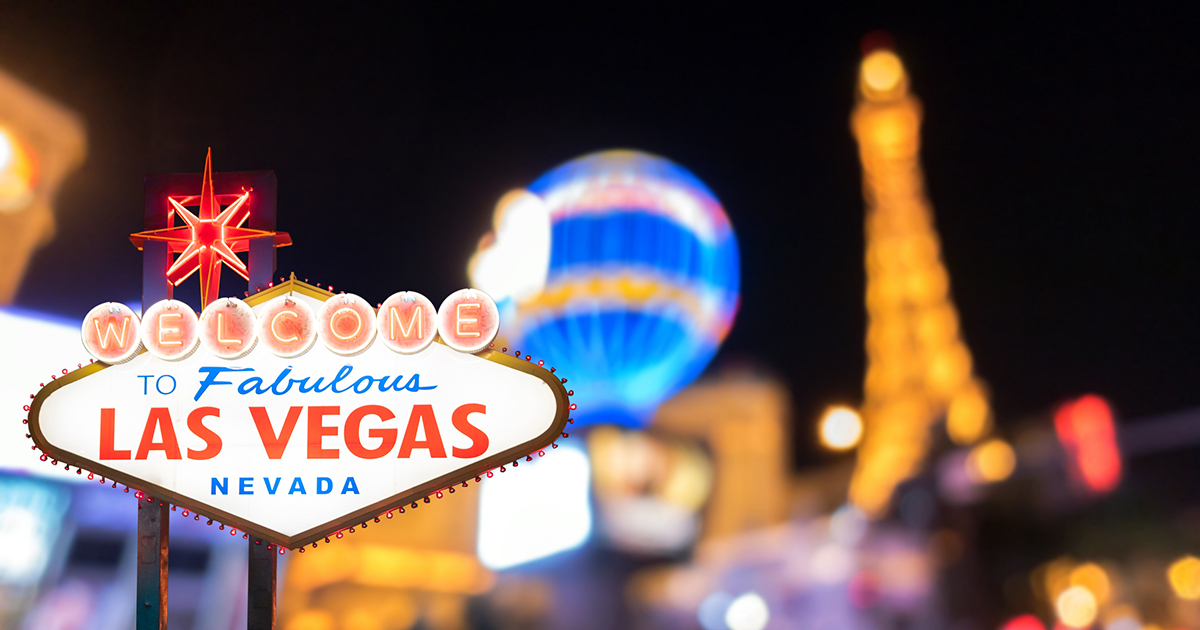 The coming surge in demand is indicated by a confluence of factors.

The number of vaccinated Americans is rising by millions every day, and is nearing the threshold where the fear of travel will subside. At that point, the floodgates will open for travelers who have been pent-up for a year to run free.

And Vegas, as the maxi-concentrated distillation of everything American, is exhibiting the trends in more extreme terms than other places. Las Vegas is a bellwether.

Vegas was at the leading edge of the recovery from 9/11. Again, it led the recovery after the crash of 2008 and The Great Recession. Now, after a disaster that dwarfed the other two, Las Vegas is leading the charge as America comes back to life—and Americans start traveling again. And it’s coming back faster than expected.

The Las Vegas Convention & Visitors Authority doesn’t share forward projections, but it does publish its visitor stats. Dry as visitor stats can be, these tell a dramatic story.

The View from the Street

From the hoteliers, we learn that occupancy for February showed the same tendencies. At a sad 42 percent, February was still 10.4 percentage points higher than January. But it was way down from the 86.8 percent of February 2020.

Year-over-year comparisons are about to turn upside down because February of 2020 was the last month that could be called “pre-pandemic.” Now February 2021 is shaping up to be one of the last months before travel sees a significant bounceback in Las Vegas.

But occupancy figures, as with visitor stats, show us a glimpse of the past. To get a sense of where things are going, we turn to the vacation packagers, who are at the center of the action and probably have their fingers on the pulse more than anyone else.

Patricia Christensen, director of product development for Delta Vacations, told us that while Las Vegas hotels had started to reopen in June 2020, some had to close down again because of the drop-off of midweek business traffic.

The company saw demand slow toward the end of the year, which the managers attributed to rising COVID rates. In January, business started picking up. Then it really spiked in April. All the hotels that Delta Vacations works with in Las Vegas are now open, even midweek, and Patricia Christensen takes that as a sure sign that demand is returning.

We asked Pleasant Holidays what the company is seeing from its overview as a wholesaler of 47 hotels in Las Vegas; including all major brands and the new Virgin Hotel Las Vegas, Caesars Entertainment, and MGM Resorts International.

For Pleasant Holidays, there is no doubt about it: Vegas is leading the tourism recovery and it’s getting underway right now.

By late April, the company’s Las Vegas sales had already exceeded those of the entire year of 2019—and that was a record year for the company.

“We forecast these trends to continue for the remainder of the year as the number of vaccinations continues to increase throughout the country,” said Richards.

“Visitor volume to Las Vegas continues to increase monthly in 2021,” he said, “with more than 1.5 million visitors in February, up 19 percent over January 2021, as airlines continue to add seat capacity, and travelers become more comfortable traveling outside their home state.”

Pleasant Holidays shared four notable trends in its business that shed light on the progress of the recovery.

I asked Richards why he thought travelers are choosing Las Vegas now. He was at no loss for reasons.

“The destination is closer to home,” he said, “with no testing requirements, and good flight service from cities throughout the US. Las Vegas can be easily booked online, including flights and accommodations. The destination is one of the most affordable in the US, with attractions, shows and restaurants reopening frequently. We expect the big shows will be open for the summer.”

There is plenty more evidence that Las Vegas is about to turn to a steep upward trajectory, indicating where the future of the whole travel industry is headed.

Las Vegas has also been getting good news from Google. An analysis of Google data by the food blog Chefs Pencil showed that Google recorded the highest-ever number of restaurant-related key word searches in March. It was 85 percent higher than the previous March, and also substantially higher than the pre-pandemic months of January and February 2020.

The recovery is not happening at a uniform rate across the country. According to Chefs Pencil, “Southern cities and top tourist destinations like Miami, Las Vegas, and Virginia Beach lead the charts; while places like New York, San Francisco, and Washington DC. continue to see demand below pre-pandemic levels.”

Restaurant-related searches on Google in March were up 148 percent over the previous March, and up 79 percent and 81 percent respectively over the last pre-pandemic months of January and February 2020.

Midweek levels are not expected to get close to pre-pandemic levels until the convention business kicks in again. And there are questions about how much that business will pick up, or if companies will decide they prefer virtual conferences. But my guess is that people are hungering desperately for human face-to-face contact. So, I think it’s unlikely that the more dire predictions about the convention business will materialize.

Jefferies analyst David Katz said that foot traffic on The Strip reached nearly 70 percent of pre-pandemic levels during the last weekend of March.

So there it is. If you need a job, especially if you are handy with a deck of cards, Vegas is hiring.