Posted on May 3rd, 2021 by Richard Earls in Publishers Corner

Visit any of the forums frequented by travel professionals and you get a sense of how the bogey man might look. Variations on a theme betray our greatest fears, often summed up in a phrase like “I lost a sale to the internet.”  It appears “the internet” is stealing our sales. With nothing but 1’s and 0’s spinning in his eyes the monster’s algorithms apparently foil us time and again. What chance do we have against a dispassionate mind capable of manipulating trillions of trips a second?

Wait. I’m thinking what we have here is a case of mistaken identity. Like the characters in  the movie “The Usual Suspects” the Internet often looks like a culprit, but the identity of the real criminal is a bit more surprising. 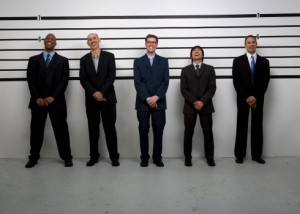 One more thing: may I suggest you also have the wrong victim: it’s not you. It’s your client.

Your client was an innocent whose only sin was not understanding what you do.  You see, your client, the victim here, was under a misunderstanding: your client thought you sold travel.  Naturally, under that mistaken assumption your client did exactly what you yourself do each time you purchase a commodity: you shop around. (Go ahead. Tell me you don’t). When you bought your 50” Sony television didn’t you check online, Best Buy and Target? Don’t you purchase with whichever retail outlet sells the television, washer or dryer for the least amount of money? I think you do.

But let’s investigate the crime: did you explain to your client you don’t sell travel? Did you explain how you in fact don’t sell anything, but instead were trained to assist the client in making a purchasing decision, that you were on their side of the table evaluating options and researching using your experience, contacts and industry knowledge?

I submit you did not.  I submit you instead let the client take charge rather than properly guiding them through the maze that is purchasing a lifetime of memories. You treated your encounter with the client like a transaction rather than as the continuation of a relationship of which you were in charge. You acted like you sell travel, didn’t you?  You, the professional, allowed the civilian client to direct the course of events and they drove right off the cliff into the waiting arms of Travelocity.

Isn’t that true?  Poor client, never knew what hit them. One minute they are buying the experience of a lifetime and the next they are shopping the various components of their trip like its the Black Friday before the apocalypse.

Can anyone save your client?

Here’s my theory of the crime. You are worried you cannot compete with “the internet” or suppliers direct or the big agency up the street.  I’m telling you those three miscreants cannot compete with you. But you have to get off their turf and go for higher ground. Your forte is two fold, with percentages of importance included:

The intersection of those two items with an educated, trained client is unbeatable.  It’s possible, maybe even likely, the competition knows the product (be it destination or theme) better than you. But there is never an instance when anyone should know your client better than you.  Client knowledge is born of a relationship, the willingness to ask questions, to dialogue, to engage. Travelocity’s masters won’t allow that kind of mastery of the client.

With that type of advantage, you don’t have any competition.