Posted on June 7th, 2021 by Mike Marchev in Mike's Monday Cup of Mo-Joe

This year’s PGA golf tournament was both entertaining and historic. The winner, by the way, was a 200-1 longshot. Nobody in the history of the game has ever won a “major” golf tournament at his age.

The final day was an up and down seesaw of great shots, followed by less than great shots. As a matter of fact, I personally have hit a few more attractive shots than some viewed on television on that particular Sunday. What appeared to be a runaway at first glance came down to the final hole. In the end, it was Phil Mickelson who took the final bow at age 50 plus eleven months. 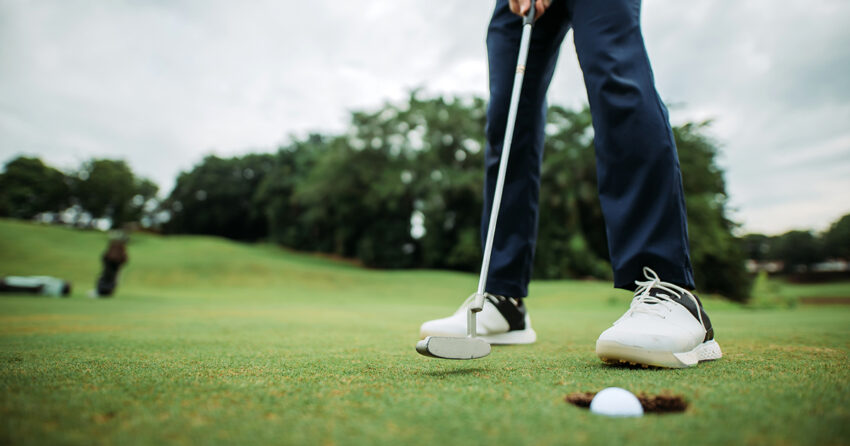 That was a great story in and of itself, but I found myself focusing on another numerical phenomenon unraveling before my very eyes. Years ago, I came across a graphic which I have been using for some time. It stated that “the average margin of victory for the last 25 years in all major golf tournaments combined was less than three strokes. Projected par for the four rounds of competitive play is usually 288. That equates to 72 shots per round.

Phil was as much as five strokes ahead of the closest competitor at one point, yet he managed to earn his place in history by just two strokes. It could have very easily been just one.

The slide proved correct, yet again… less than three strokes.

Whether you play the game of golf or not, today’s lesson is pointed directly toward you. When the stakes are high, as they are in business, the difference between victory and defeat is the narrowest of margins.

So I guess what I’m trying to remind you, in no uncertain terms, is to focus on the current shot. Live in the moment. Concentrate and never take your eye off the ball. One small hiccup today could lead to one large disappointment tomorrow.

Little things count as much as, if not more than, the big ones.

In closing, and as a final reminder, don’t ever count yourself out. I’m betting your odds for succeeding are a lot better than 200-1. 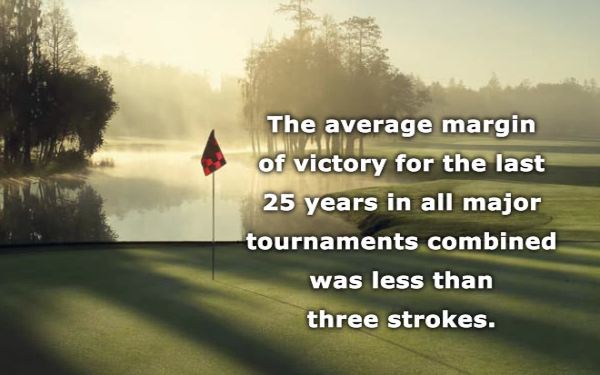 Simple Persistence Is Often the Differentiator
I am often asked where I get ideas for my columns. My answer without hesitation is… everywhere. A day does not pass, or a TV show perused, or an evening news soundbite heard, or a trip to the post office taken where I am not bombarded with “fodder” that has my mind spinning with ideas…