My Top Three Tips For Choosing Your River Cruise | TravelResearchOnline

My Top Three Tips For Choosing Your River Cruise

When I first started river cruising, I found it difficult to choose which river, which river cruise company and which ship. Hopefully, these tips will make it easier for you to navigate the wonderful world of river cruising. 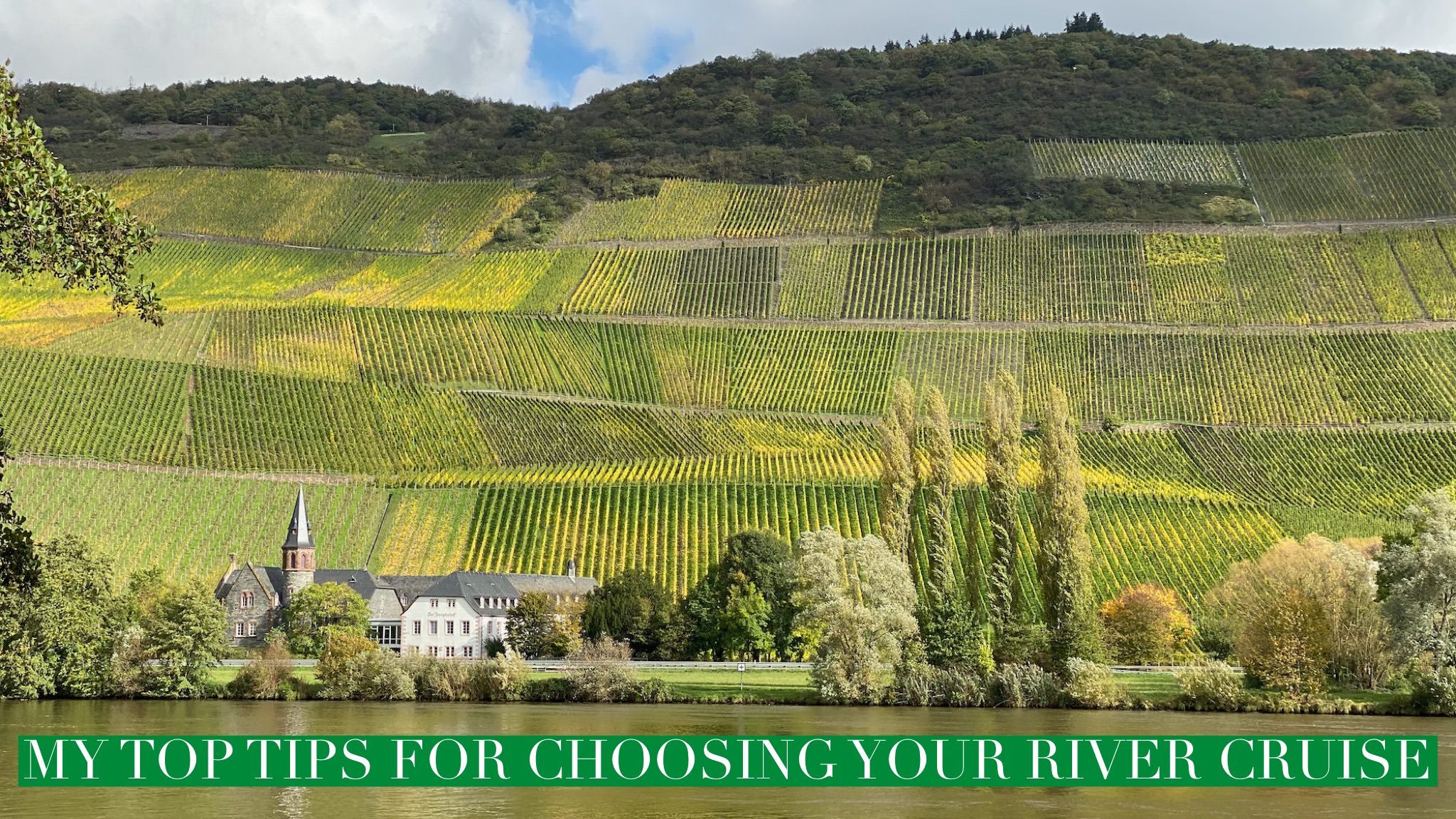 To understand the appeal of river cruising, you need only look to Europe. Consider first the ease of experience. You fly to Europe, transfer to your ship, unpack, and that’s it. You’re now settled in for a week or several weeks of seeing the best of the Continent from your floating luxury hotel.

For many people, the most challenging aspect when planning a river cruise is figuring out where to go. Some river cruise companies make the choice an easy one by offering trips on all of the European rivers – in one go. At least two companies now offer cruises spanning more than six weeks on seven rivers. These multi-river, multi-country journeys are the near equivalent of a world cruise, but staged through the heartland of Europe. See The 47-Day River Cruise Through Europe.

Whether you have just a week or several weeks, here are three tips to help you choose your river cruise.

1) Start the selection process by perusing my favorite European rivers.

And I am just going to say it at the risk of offending some rivers. These are in my order of preference.

Coursing through Germany, Luxembourg and France, the Moselle ranks tops for me because of the beauty of the wine-producing region (especially during the fall), its charming villages, and the fact that the Moselle is nearly always combined with Rhine river cruises, often roundtrip Amsterdam. See The Moselle: Europe’s Most Beautiful River – At Least During The Fall.

I have to admit, the Moselle and Rhone/Saone were a toss-up for me. Both are equally as good, but I give a slight, slight edge to the Moselle. In the south of France, the Rhone and Saône highlight the beauty of Provence (think fields of lavender) and are bookended by wonderful historic cities, Lyon and Avignon or Arles, a place so beautiful that Vincent Van Gogh, in need of sunshine and fresh air, came here to paint for two years in the late 1800s. See our Rhône & Saône River Cruise Guide.

The Seine ranks high because of its departure from (and return to) Paris, with calls at Giverny, where you can visit the French Impressionist Claude Monet’s home and gardens; Rouen, with its magnificent cathedral and medieval half-timbered houses; and Honfleur, where the harbor is encircled with 16th- to 18th-century townhouses. The Normandy Landing Beaches are also included as excursions on most Seine river cruises. See our Seine River Guide.

The Danube highlights some of Europe’s most-storied cities, Vienna, Austria, and Budapest, Hungary, among them, as well as the fairy-tale-like Austrian village of Durnstein, from which you can set out on Wachau Valley cycling adventures to Melk, dominated by its fabulous abbey. See our Danube River Guide.

Bordeaux? Of course, you know of the famous French wines from this region, but Bordeaux also is a gorgeous city to explore as is the medieval city of Saint-Emilion. In the late 1700s, Thomas Jefferson explored the region filling his diaries with details about the vineyards and wines that he tried. As was likely the case for him, when you return home a glass of Red Bordeaux will bring to life your visit to this fabulous region. See our Bordeaux River Guide.

Other rivers in Europe that are worth a look are the Elbe, the Loire and the Po. That’s still not the entire list of rivers. There’s the Dutch and Belgian canals, the Neckar and Main, the Saar, Oder and Havel, the Guadalquivir and Guadiana, the Sava and Tisza. Probably the most comprehensive cruise operator in Europe is CroisiEurope. Check out the company’s website for a broad overview of river and canal cruises in Europe.

As you can see, choosing which river to cruise is not an easy choice, and we’re not done with the offerings just yet. While most river cruises operate in Central Europe, we can’t forget the Mississippi and Columbia rivers. Mississippi river cruises are steeped in Americana and the tales of Mark Twain, while Columbia river cruises bring to life the adventures of the explorers Lewis & Clark.

Then there are the exotic rivers. The Mekong allows travelers to explore Vietnam and Cambodia, and not just the tragic war history but also the warm and welcoming Southeast Asian culture. A cruise along the Volga is an immersion into Russian history, while a Po river cruise embraces the best of Italy’s Veneto region. You can venture into Africa, cruising past the antiquities of Egypt or marveling at the wildlife on the Chobe river. Yangtze river cruises allow travelers to experience China while river cruises on the Ganges provide a comfortable way to see a swath of India. Amazon river cruises are also growing in popularity as a way to explore the South American jungle.

One last category is canal cruises, and there are lots of canals to choose from as well. See 10 reasons to choose a barge cruise. 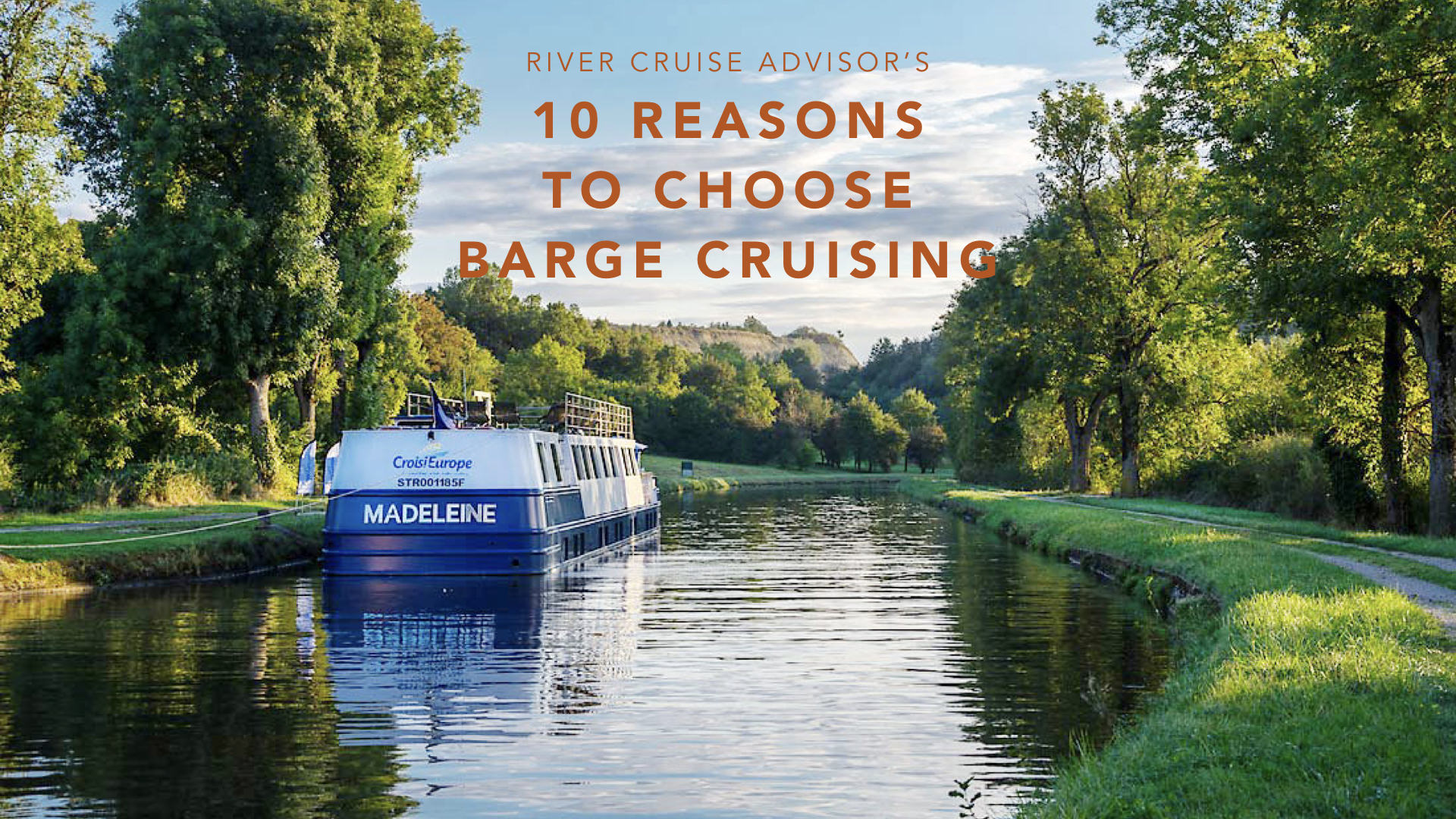 2) Compare cruise companies. River cruise operators come in all flavors, but it’s safe to say that each will offer an exceptional and satisfying experience no matter where you choose to cruise. The differences are largely a matter of each companies personal imprint on its ships and onboard services.

Viking River Cruises, for example, is chaired by Norwegian Torstein Hagen. Hence, you can expect a Nordic ambience on board. AmaWaterways’ founders are Austrian, German and Irish, and thus, you’ll find a European ambience on board, including on the double-width AmaMagna.

Uniworld’s South African owners focus on hospitality, which they’ve perfected, while Tauck, an American tour operator, excels at destination experiences, before, during and after each cruise. Scenic’s Australian owners imbue their ships with Down Under elegance, while Crystal River Cruises follows in the wake of its ocean cruise sisters and their dozens of years of annual accolades from readers of Conde Nast Traveler and Travel & Leisure. Operating solely in the United States, American Cruise Lines and the American Queen Steamboat Company seek to recreate the nostalgia of cruising on America’s great rivers.

Choosing a river cruise requires giving consideration to the many rivers (and varying itineraries on those rivers), the differences in the river cruise companies and the ships operated by those companies. Even for someone who has done multiple river cruises, the choice is not an easy one. For instance, I mentioned that the Moselle was my favorite river, but if I had to pick, Budapest would be my favorite city in Central Europe. From its ancient history (think Attila and his Huns) to the tragedies of World War II (be sure to visit the city’s Jewish Quarter) to modern-day life and cuisine, Budapest fascinates and intrigues visitors. I would be hard-pressed to choose between the Moselle and the Danube in this case.

One area where the choices are easy is when it comes to deciding what to do ashore. Nearly all river cruise companies include shore tours, ranging from bicycling and walking tours (at a range of paces to accommodate all types of travelers), to hands-on experiences to cultural immersions to far-flung excursions, such as visiting Salzburg from Linz, Austria, a 1.5-hour journey each way with tours to and in Salzburg included.

To help you choose between the different companies, you may find our Comparisons page helpful.

3) Go Big, if you can. Cruise for a single week and you’ll learn a hard lesson: The hardest part of any river cruise is disembarking. Of course, not everyone has unlimited time, but increasingly river cruise companies are recognizing that travelers want to leverage the expense and energy of getting overseas. At least two companies now offer river cruises spanning more than six weeks. “Go long or go home” takes on a literal meaning for those planning river cruises. In six weeks, those lucky travelers will no doubt fly home fully satiated with their European experiences – not having had to go through the process of having to choose which river to cruise. You could also cruise across Europe in two weeks between Amsterdam and Budapest. See our Across Europe Guide

If you’re anything like me (which is to say, a curious traveler who loves exploring by river), you’ll find that it is the ability to immerse yourself in destinations that makes river cruising such a hands-down winner. The comfort of seeing a landscape or a city from the perspective of a river cruise is a hard experience to top. The only hard part? That’s easy. Choosing.

Also see our additional tips on how to choose a river cruise.