The Great Release is Here: Are You Ready? | Travel Research Online

The Great Release is Here: Are You Ready?

Posted on June 10th, 2021 by David Cogswell in The Incessant Traveler

After a year of being pent up, the Great Release is upon us, and now it seems sudden. Things are opening faster than predicted just a few months ago.

In March 2020, the COVID pandemic submerged us in the exponential growth of new infections and, before we could comprehend what was happening, we were virtually imprisoned, taking shelter to save our lives. We settled in and got used to being confined. Now the release is happening all around us. And it seems to be happening faster than almost anyone expected.

The demand for travel is, unsurprisingly, going through the roof. But to say “it’s complicated” is to vastly understate the circumstances. World travel now is an extremely tangled web. 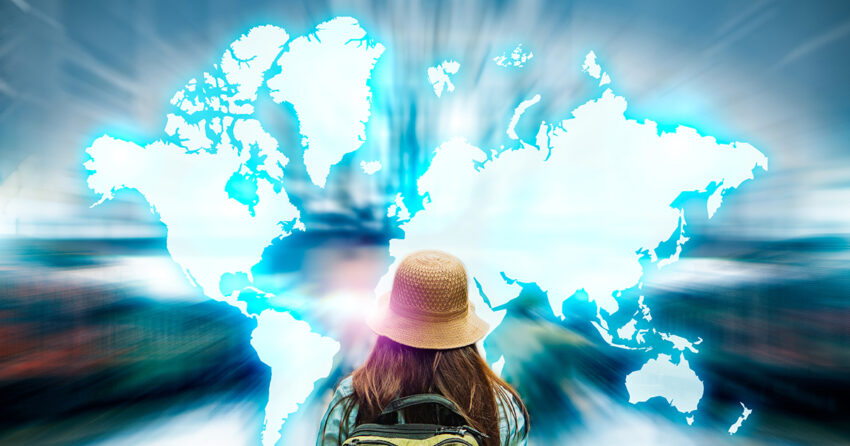 The COVID pandemic is a singular global phenomenon, but, like World War II, the way it is playing out is different in every place on the globe. Knowing where you can travel safely, and how to do it, is extremely complicated.

This is the time when travel professionals, managers, and advisors on all levels show their stuff. Travel management is probably more important than ever. For travelers now, apart from the disease itself, the world is a patchwork of various conditions, requirements and snares.

A few years ago you could travel among most European Union countries without even showing your passport. For Americans, there were many countries where you needed almost nothing but your passport to get into the country. Those were the halcyon days of travel, may we see something like that again. But for now, and for the foreseeable future, travel is extremely complicated.

The beleaguered travel industry is now passing over the cusp into the “feast” side of the feast-or-famine equation. Demand for travel is already skyrocketing, but “demand” in another sense is also spiking. The demands made on travel advisors and tour operators for each individual client are much higher than during the previous “normal.”

This is the time when the global network of the travel industry really shows its stuff. It’s do or die. The demand will be massive, and the difficulties of getting people safely to destination and home are probably greater than at any time in the modern age of travel.

In making my rounds last week, I spoke to Robert Drumm, the CEO of Alexander + Roberts. A+R is a global tour operator that was founded in 1948 by Alexander Harris. Harris’s autobiography Open Borders portrayed a man who, after being an Allied soldier and a prisoner of war during World War II, dedicated his life to building toward a world where people were free to travel virtually anywhere without government restriction. The company has historically taken travelers to remote and often relatively inaccessible places around the world.

For a while, it looked like Harris’s dream was being realized as open borders became a reality in much of Europe. And it edged closer in many places around the world. But that dream has been pushed back again by COVID. Now we have a new travel reality to deal with. It’s highly complex, annoyingly so, and it changes from place to place and day to day.

Almost all international travel was cut back or cut off during the year of COVID. But Alexander + Roberts has been operating in a limited way since last November.

The banner on top of Alexander + Roberts’s website shows which of the 85 countries the company operates tours to, that are now open to Americans without quarantine. Right now it shows 30 countries where the company is operating. But operating tours is much more complex than before the onset of COVID.

The company is now tasked with new responsibilities for its clients. Requirements for traveling tend to vary for those countries.

“There are things we do now that we didn’t used to do,” said Drumm. “With the approval of the travel advisor, we call every customer in advance of travel to review the expectations they should have, because that’s one of the issues. And we also give them, in that call and in writing, the exact time when they should get their tests… ‘no earlier than…’”

After the company has the clients’ air information, it checks the requirements for entry.

“We know when they are scheduled to depart, so we can tell them exactly when to get a test,” said Drumm. “And if they don’t have easy access, we can provide 24-hour turnaround on that.”

The company had to create those new policies because the issues keep shifting along with the incidents of the virus.

“Taiwan is going through a terrible spike now,” said Drumm, “They had nothing really for the last 14 months. And now they have a major spike going on. That happens in a number of places. So, we have to track all that information very closely, because we have people traveling on a pretty far-flung basis.”

A+R had three guests leaving on Sunday for Armenia and Georgia and, since the clients booked, the entry requirements have shifted several times.

“It’s quite exacting,” he said. “It’s taxing to our people, but there has to be a source for this information, and travel advisors to turn to us for that. The expectation is that we’re going to structure this. And that’s a fair assumption. It’s part of being a tour operator. That’s the way we look at it.”

Italy is expected to open within the month, maybe the end of month. “But they will not be fully functional till, we think, August,” said Drumm. “A lot of hotels aren’t open. They have to bring staff back. They have to gear up again; they’ve been moribund for so long.”

Whether it’s open is one thing. Whether it’s conducive to a visit now is another thing. Outdoor destinations have been seen as the safest for a while, and A+R is sending travelers to Namibia, Botswana, Zimbabwe, and other safari destinations in Africa. The demand is high.

“What’s fueling it is the cabin fever,” said Drumm. Clients are determined to go.

The clients are anyway. For the tour operator it’s risky and tense, fraught with potential trouble. Some recent clients traveling to Namibia were in the air from Frankfurt when the entry requirements changed.

“Fortunately we had made sure they had their vaccination certificates, and they had their testing done,” said Drumm. “So they were able to get into the country. But it’s been a nail-biting thing that you go through. Actually, the customers seem much more calm than we are about all this.”

And that’s really the point, isn’t it?

Share your thoughts on “The Great Release is Here: Are You Ready?”