London for Families, Shin-Kicking, Festivals of Speed and Meet Scrooge

Posted on November 5th, 2021 by Paull Tickner in Agent Perspectives

With transatlantic flight restrictions being lifted NEXT MONDAY 8TH NOVEMBER, it’s really encouraging to see that United is adding five new flights to London’s Heathrow, including two more flights from New York/Newark, additional trips from both Denver and San Francisco, as well as an all-new direct flight from Boston. Hopefully, this confidence-boosting step will see other carriers following suit in the not-too-distant future. With UK flight connections slowly but steadily being resumed, take a closer look at some of the festivals and events that can become the foundations for a customised tour in June and July.

If you’re talking to a family about a trip to London next summer, let me add some bubble, fizz and pleasant surprises to the itinerary with the Changing of the Guard at Windsor Castle, a speed-boat ride on the River Thames, a flight on the London Eye, a short river cruise and visit to the Tower of London, a tour of the Houses of Parliament, the Churchill War Rooms and Buckingham Palace. Add side trips to the Making of Harry Potter, the WWII codebreaking centre at Bletchley Park and a Harry meets Alice tour of Oxford, timed to coincide with Alice’s Day on the 4th of July. 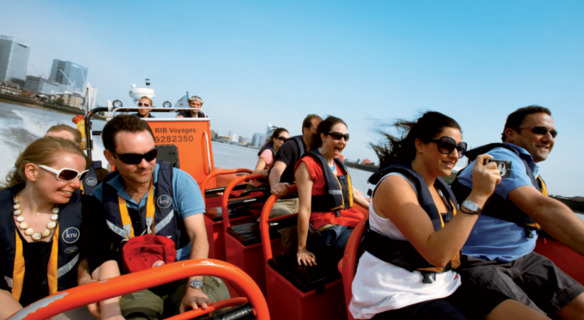 The university city of Oxford makes a great base for leisurely visits to three of England’s finest stately homes. At the end of June, you can catch a day at the Blenheim Palace Flower Show (24th-26th June). You can add a day at the Woburn Palace Garden Show (25th-26th June), making sure you include English Afternoon Tea, because the tradition was conceived here by the Duchess of Bedford in the 1840s. Heading for London, drop in on Waddesdon Manor, built by Baron Ferdinand de Rothschild to display his outstanding treasures. This combination doubles up as a very good pre- or post-cruise extension throughout the spring and summer.

Festivals of Speed on Land and in the Air

The Festival of Speed is the world’s greatest celebration of motorsport and car culture! Held in the beautiful parkland surrounding Goodwood House (23rd-26th June), it’s motorsport’s ultimate summer garden party, an intoxicating celebration of the world’s most glamorous sport. Nowhere else will you enjoy such unrestricted access to the machines and the drivers who made them famous. And in the air, the Royal International Air Show lifts off at Fairford in the south Cotswolds (15th-17th July). Next year, they’ll be celebrating the United States Air Force’s 75th anniversary in spectacular style. Stand by for seven hours of thrilling flying displays on the Saturday and Sunday. 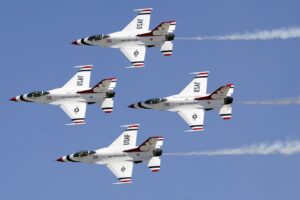 Watching Falconry displays and medieval events at Warwick Castle, living history experience at the Shakespeare Houses, and going to a matinee/taking backstage tour are highlights of any visit to Stratford upon Avon. Think about including them in an itinerary timed to include the Cotswolds Olimpicks and World Shin-Kicking Championships in nearby Chipping Campden. These historic games were first held more than 12 centuries after the last ancient Greek Olympics and highlights include the King of the Hill, the Championship of the Hill, Tug o’ War, various ‘track events’—but no chariot races! It all finishes with a torch lit walk downhill into Chipping Campden. 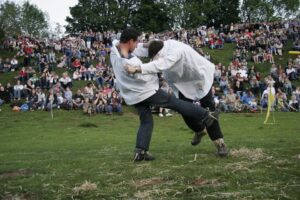 A Cornucopia of Fragrant Roses

The heady scents and glorious colours of roses dominate many stately homes’ visits in June and July. Encourage your clients to park their jetlag in the southeast of England and fill their days with leisurely visits to the quintessentially English gardens at Pashley Manor, Borde Hill, Sissingurst Castle and Hever Castle, and some of the privately owned properties opening as part of the National Garden Scheme. Punctuate each day with lunch in a 16th century country pub and include at least on English Afternoon Tea. Finish the tour with a day at the Hampton Court Palace Flower Show (4th-10th July) and their annual Festival of the Rose.

The four-day Festival of Flowers in Chichester Cathedral runs between 8th-11th June when more than 80 stunning arrangements, using in excess of 50,000 flowers will fill the nave of this magnificent 11th century building. Hugh Bonneville (Downton Abbey) is their Patron. For clients who like to build literary connections into their U.K. travel plans, there are Dickens Festivals in Rochester, Kent where you can rub shoulders with Fagin, Scrooge, Mr. Pickwick, Miss Havisham and a host of other colourful characters. If you miss this one, there’s another later in the month at Broadstairs on the Kent coast, where Dickens was a frequent visitor. 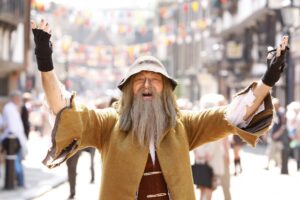 Harry Potter, Alice in Wonderland, William Shakespeare, and Downton Abbey
I know that during November and December, thoughts turn to either staying closer to home or heading for sunnier climes. Given the pent-up demand for UK-bound travel among many of your anglophile clients, use some of these ideas to start conversations about spending a few days in the UK, either side of Thanksgiving. Several of…
Prehistoric Fossils, Award-Winning Gardens, Tess of the D’Urbervilles, and a Chained Library
Over the past few months, I’ve written a great deal about some of the English regions you may be familiar with; but this week, I’m sharpening the focus on a destination you may not have come across before. Welcome to the ancient county of Dorset, a less well-known area of stunning countryside and coastal scenery…
Take Note of Six Good Reasons for a UK Visit Next May
With transatlantic flight restrictions between North American and the UK being lifted on 8th November, let’s talk about developing some itineraries that will really appeal to clients who, by next spring, won’t have been to the UK for over two years! Culturally minded travellers will relish what I can offer them when using the internationally…

Share your thoughts on “London for Families, Shin-Kicking, Festivals of Speed and Meet Scrooge”