The Beatles, a Military Tattoo, a Few Wee Drams and Sherlock Holmes | TravelResearchOnline

The Beatles, a Military Tattoo, a Few Wee Drams and Sherlock Holmes

Posted on November 19th, 2021 by Paull Tickner in Agent Perspectives

On Monday 8th November, the champagne corks were popping as we celebrated the lifting of the onerous transatlantic flight restrictions. What a long and difficult nineteen months it’s been, but at last the airlines are beginning to increase their London-bound lift. You can now start making some serious UK/Ireland plans for a couple of clients, four-six friends travelling together and, in due course, small groups of ten-twelve or more.

For the next few months, many customers will continue to be cautious about criss-crossing the pond. I believe that you and other enterprising travel advisors will play an influential, confidence-building role by reminding and inspiring them with ideas for UK-bound tours in May and with others in the months of June and July.

This week, the spotlight sharpens on some of the irresistible festivals and events you can use to start a conversation about travelling to Britain next August and September.

Taking place annually and scheduled for 24th- 30th August, this annual event celebrates the music of the most famous pop group the world has ever known, in the city where it all began. With live music as its focus, it is a truly an international event driven by seventy bands from over twenty countries and fans from over all over the world. Not only is there live music on the Cavern’s three stages all day, every day (with a different band every hour), but they also go out into the city to various venues so you can really experience Liverpool. 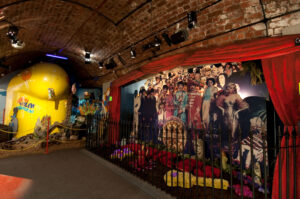 If August doesn’t work for you, there are other opportunities for a Beatles Experience in Liverpool. For cruises spending a day in the city, I can offer a tried and tested shore excursion that includes the award-winning Beatles Story, a private Magical Mystery singalong tour to Penny Lane and Strawberry Field tour (see image) and a special tour of the Casbah Coffee Club where the Beatles legend truly began. Another longer 2-night version includes the memorabilia-filled Liverpool Beatles Museum and the childhood homes of John Lennon and Sir Paul McCartney, and at least one night at the famous Cavern Club. 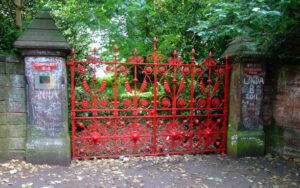 The high summer month of August is a perfect choice for a tour that’s totally based in Scotland. Let me create an itinerary that includes visits to some of Scotland’s finest castles, includes samplings at your client’s must-visit malt whisky distilleries and time it to coincide with a day of caber-tossing, tug o’ war, hammer throwing, dancing and music at a Highland Games. Top and tail it with a spectacular evening at the Royal Edinburgh Military Tattoo (5th-27th August), be entertained at the incredible Edinburgh Fringe (5th-29th August) and browse your way around the Edinburgh International Book Festival (13th-29th August).

The colourful and fragrant Lincoln Cathedral Flower Festival (3rd-8th August) will celebrate the life and works of St Hugh of Lincoln, and many other visionaries, who had the inspiration to build such a wonderful building and those who followed, changing people’s lives throughout history. Stunning displays will blossom in every area of the magnificent building, bringing it to life in a unique and inspiring way, covering poetry, theatre, film, and fashion alongside history, exploration and invention. There will be something for everyone, from the Mayflower Pilgrims’ journey to the North American continent to the moon landing and even Harry Potter. 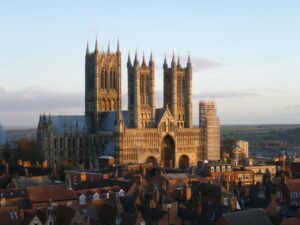 If your green-fingered clients can’t make it to the Chelsea Flower Show (end May) or the Hampton Court Palace Flower Show (early July), don’t forget the late summer spectacular (6th-11th September) at Wisley, the flagship garden of the Royal Horticultural Society. It includes majestic displays in the Floral Art Marquee, from the National Dahlia Society and imaginative creations from the talented Surrey Area of the National Association of Flower Arrangement Societies. It’s also a wonderful opportunity to listen to the experts in the recently opened RHS Hilltop, the home of Gardening Science and to see the new gardens they’ve created. 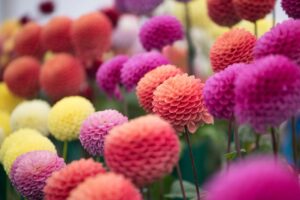 On Location With the Great Detectives

Inspector Morse, Lewis and Endeavour, Midsomer Murders, Father Brown, Sherlock Holmes, Miss Marple and Hercule Poirot. Why not bring them all together in an unforgettable fiction-into-fact tour based around next year’s International Agatha Christie Festival. Set for 10th – 7th September on the English Riviera aka Torquay, and coinciding with the anniversary of her birth, let’s create a tour based around the Queen of Crime Writers. If the September date doesn’t work, I can time it to coincide with Crimefest in Bristol (12th-15th May) or with the Theakston’s Old Peculier Crime Writing Festival in Harrogate (21st – 24th July). 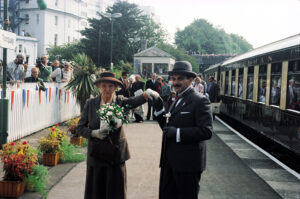 Immerse yourself in 18th century England at the annual Jane Austen Festival (9th-18th September), and celebrate all things Austen in the beautiful city of Bath. Rub shoulders with five hundred Jane Austen fans in the spectacular, opening Grand Regency Costumed Promenade and join other fans on guided walks and day trips. Sit back and enjoy talks, music recitals and concerts, or get hands on at workshops and dance classes. At the Regency Summer Ball, you can join fellow Jane Austen enthusiasts and promenade in your Regency finery for an evening of elegant and refined Regency dancing and dining. Costume hire available. 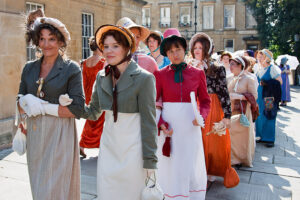 Prehistoric Fossils, Award-Winning Gardens, Tess of the D’Urbervilles, and a Chained Library
Over the past few months, I’ve written a great deal about some of the English regions you may be familiar with; but this week, I’m sharpening the focus on a destination you may not have come across before. Welcome to the ancient county of Dorset, a less well-known area of stunning countryside and coastal scenery…
Take Note of Six Good Reasons for a UK Visit Next May
With transatlantic flight restrictions between North American and the UK being lifted on 8th November, let’s talk about developing some itineraries that will really appeal to clients who, by next spring, won’t have been to the UK for over two years! Culturally minded travellers will relish what I can offer them when using the internationally…
London for Families, Shin-Kicking, Festivals of Speed and Meet Scrooge
With transatlantic flight restrictions being lifted NEXT MONDAY 8TH NOVEMBER, it’s really encouraging to see that United is adding five new flights to London’s Heathrow, including two more flights from New York/Newark, additional trips from both Denver and San Francisco, as well as an all-new direct flight from Boston. Hopefully, this confidence-boosting step will see…

Share your thoughts on “The Beatles, a Military Tattoo, a Few Wee Drams and Sherlock Holmes”