Posted on November 8th, 2021 by Mike Marchev in Mike's Monday Cup of Mo-Joe

There are a few phrases I hear myself saying more often these days. One of which brings me back to my early years, when I spent summers on my grandmother’s farm. “Make hay while the sun shines,” reminded us that when you made a living which depended heavily on the uncertainty of the weather, it was in your best interest to take advantage of favorable conditions while they presented themselves. 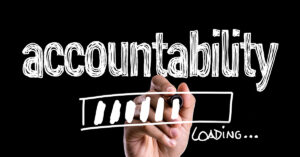 These six words also serve as a great cautionary reminder that procrastination is not your best friend when it comes to dealing with situations beyond your control.

This leads me to the two situations highlighted in today’s title. I understand that, even when you do everything right, there is a chance the “%*^$” might hit the fan and disrupt even the most carefully planned day. This is known as “when life happens.” According to me, however, there are two unpleasant occurrences that DO NOT have to happen. EVER.

The first one is that you do not have to run out of gas. When I see somebody walking down the highway away from their parked car, I figure that they had more important decisions to make when their needle began swinging below the halfway mark. As Alfred E. Newman once said, “What me worry!” (A reference to MAD Magazine many moons ago.)

“There is no rush. I have plenty of time. I have plenty of gas. I have places to go and people to see.” After passing no fewer than five open gas stations, you personally invite your stress level to accelerate. Those people and places begin to become less important. Then, WHAMO…our luck, along with your fuel, hits bottom. This did not have to happen with just a little forethought. (Remember that saying about the hay?)

The second one is that you never have to get a speeding ticket. Another expensive and completely avoidable situation is when you knowingly exceed the speed limit, resulting with flashing blue and red lights appearing out of nowhere in your rearview mirror. That feeling ranks right up there with watching your smart phone slide out of your back pocket and into the toilette when nature calls. A speeding ticket is 99% the result of you making another bad decision.

There are a number of business-related situations that also don’t need to happen that involve losing customers, paying bills, and building a healthy client list. They too involve making good decisions before it is too late.

Rather than comment on each of these separately, I will leave you with one of my favorite quotes which will serve as the perfect reminder for you moving forward. (Read it more than once until you completely internalize the meaning.)

“If my pitcher would pitch at the beginning of the game, the same way he pitches at the end of the game once he realizes he is losing, he wouldn’t be losing in the first place.” Casey Stengel (Mets Manager) said it. Mike Marchev (Mets Fan) endorses it.

Capturing People’s Attention
The idea for this week’s article came to me while filling out the morning USA Today Crossword Puzzle. In and of itself there is no connection, so I don’t want you to spend any time trying to connect the dots. I suppose my point is that ideas come from anywhere and everywhere. The truth is…
Repetition Is Often the “Key”
Practicing, repeating, editing and tweaking all play a major role when trying to perfect any singular skill, activity, challenge or assignment. It takes time, patience and, often times, many attempts before we begin to imbue the necessary steps into our “muscle memory.” With this in the forefront of today’s message, I have elected to repeat…
Take More Shots!
A former National Hockey League All-Star, Wayne Gretzky has been given credit for the phrase, “You miss 100% of the shot’s you don’t take.” This reminder, in and of itself, is quite logical. But if these nine words are not obvious enough, there are more ways to drive home this valuable message. Using golf as…