At-Home Covid Tests Are the New Toilet Paper: Travel Advisors See 2021 Out with a Bang

Posted on December 27th, 2021 by Cheryl Rosen in The Rosen Report

The travel industry is rolling with the punches again, as 2021 rolls to a close and every day brings a new news cycle. Again.

Just two weeks ago at the US Tour Operators Association, the speakers were bullish about what 2022 would bring and travel advisors were looking forward to a great year. But this week, there’s a slight hesitation in everyone’s step, as omicron spreads on land, air and sea.

“This is going to be a tough week,” says Zena Beaver in Selinsgrove PA. “Three days ago all was good—but after the six o’ clock news last night, I received three emails and two texts about postponing trips from January to later in the year.”

“Those take-home Covid test kits are the new toilet paper,” joked Jennifer Trinin at ProTravel in Westbury, NY. “Maybe we can get ones with logos on them to give our customers.” 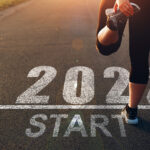 In quarantine with her college-age daughter, who like 30 other vaccinated (and in many cases boosted) sorority sisters brought covid home for the holidays, Trinin estimates she has worked 70 hours or so in the past few days rebooking customers for the Long Island-based agency.

“I have a ton of people calling. I’ve been doing so much work I feel like I have switched almost everybody,” she says. “I had a big group headed to Baha Mar, where they put you up if you test positive or get you back to Florida—but now they got nervous, so I switched them to Puerto Rico, where you don’t have to test to come home. Puerto Rico has been very popular; I have people at the El San Juan who switched from the Dominican Republic.”

At Journease Travel Specialists in Carlisle, PA, “sustainability is still far off in the horizon, I fear,” says Crystal Smiley. “Lots of quotes are going out and I have gotten some new bookings, mostly for Q3/Q4. But I’ve had eight cancellations in the past month. The trend we’re seeing is with all the flex cancellation policies, people are saying ‘let’s go ahead and book and wait to see what happens’—only to eventually cancel. It’s causing us so much wasted time and effort, and making profits null.”

Still, the news is hardly all bad. While Beaver says she “just feels like its whiplash,” she has had some success “talking people off the ledge” by telling tales of her own travels over the past few months. Her group of 23 from a local university has agreed to drive three hours to Philadelphia for testing before their trip to Greece on January 2—and no one has canceled.

Just this week Beaver noticed a 50% off special on Avalon—and quickly reached out to a couple in her database. They had been interested in a river cruise she was putting together for October, but found the $10,000 price above their budget. Now booked on the May sailing, they will pay just $5,500.

“This whole covid thing was a wake-up, and I am taking advantage of the chance to travel with my own family,” Beaver said. “I’ve always been the kind of traveler that sees a good deal and says let’s do it. I’m not driving a brand new car or paving the driveway—the money spent on these memories is much more valuable.” And her customers are watching.

In Charlotte, NC, meanwhile, the clients at McKee Travel “are dividing into two camps,” says owner Carol McKee. “On the one hand, I have one new group of pickleball players, with 10 people traveling in January, 30 for the summer, and 80 for the fall. They are in their 60s, but fully vaccinated—and they are just shrugging and saying, ‘Whatever. I’m not going to let this stop me any more.’ But now I am hearing a lot of queasiness, a lot of ‘I thought it was going to be OK to travel in the spring, but I am going to wait and see what happens before I cancel.’ And one Africa client is trying to move to 2025.”

Still, while there is not as much canceling as there was over the summer, that “I don’t care about the virus and we have to live with it” mood seems a bit more precarious, McKee says. One group of 100 headed to Greece in May fell about 40% during the summer but has held steady since—but “now I’m getting questions and I know where this is leading. Frankly my gut feeling is that, if things get bad, more cancellations are coming.”

In Atlanta, Cassie Tetro’s customers at Montage Travel are exhibiting “a slight concern”—but they aren’t canceling their December trips to Paris and Barcelona, and are still signing up for France, Portugal, the UK, Greece and Italy in summer 2022.

And indeed, there are two pieces of good news: New bookings are still coming in for 2023. And where once the industry was focused on growing into the “new to cruise” customer base, now it’s the “new to travel advisors” on the other end of the phone.

“I’ve been getting calls from people who did not book through a travel advisor. I’m surprised by how many people know nothing about insurance or cancellation policies. And now they want to cancel,” Trinin says. “One woman told me her rapid test before departure was negative, but then she tested positive when she landed with her family in Aruba—so now she’s sleeping on the hotel room balcony. I say next time book through me, and maybe they will give you a credit or do something for you. And you can buy insurance. Hopefully people are learning from this.”

One thing we all have learned, I think, is how important it is to have a community of friends and colleagues to support you when times get tough. From the TRO team to all our readers, we wish you a healthy and prosperous 2022 and a year filled with nothing but good news!

Share your thoughts on “At-Home Covid Tests Are the New Toilet Paper: Travel Advisors See 2021 Out with a Bang”