What’s Behind The Great Resignation? | TravelResearchOnline

What’s Behind The Great Resignation?

Posted on December 2nd, 2021 by David Cogswell in The Incessant Traveler

Ray Snisky, group president of Apple Leisure Group’s vacations division, told travel advisors last week that the airlines were having trouble hiring staff, including pilots and mechanics. Speaking at the Travel Impressions Best of the Best event in Puerto Vallarta, Snisky said the airline staff shortages have been causing cancellations, which throw ALG into frantic efforts to rebook and re-accommodate thousands of clients at the last minute. 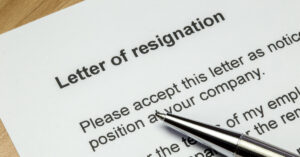 What Snisky described has been seen across the board. The Harvard Business Review reported last September, “According to the U.S. Bureau of Labor Statistics, 4 million Americans quit their jobs in July 2021. Resignations peaked in April and have remained abnormally high for the last several months, with a record-breaking 10.9 million open jobs at the end of July.”

We see the effects of The Great Resignation everywhere. We observed it first with frontline jobs in restaurants and grocery stores, because those are the businesses that most immediately affect our daily lives. But we also hear that the same thing is happening at all levels of the economy.

Last week Axios ran a story entitled “CEOs join the Great Resignation.” According to a report from Heidrick & Struggles, an executive search firm, “CEOs, like the workforce at large, delayed their job quitting plans in the chaos of 2020. Now they’re making up for lost time, and are just as much a part of the Great Resignation as their employees.”

This is not just about resignations, it’s also about seeking new jobs. It’s a ripple from Covid going through our whole economy. Where it goes, nobody knows. But it doesn’t take a genius to see that we are observing changes that run deeper than the surface phenomena that we are witnessing.

Businesses are having trouble getting people to fill staff positions that are essential for them to function.

I spoke to Scott Wiseman, senior VP of ALG Vacations Group, about this at the Best of the Best conference, and he confirmed that The Great Resignation seems to be affecting everyone, and no one is sure why it’s happening. “It’s difficult to hire people at any level now,” Scott told me. “We’ve been thinking about it because we can’t think of what it is, other than that people have just redefined their lives.”

People struggle to come up with an explanation, because without one, it’s difficult to arm yourself against a problem. But no one seems to have a satisfactory explanation.

“I don’t know how people walk away from their living,” said Scott Wiseman, “especially if it’s a decent living, or how that’s even a possibility. I don’t think we really fully have the answer, other than that people have just leaned in on life decisions that all the sudden have become more important, and that’s what they’re focusing on now.”

It’s not just frontline workers. As Wiseman pointed out, “highly compensated mechanics and pilots also are not around. So, it is a very odd situation that’s developed.”

One early explanation was, “Why should people go back to work when the government is giving out money?” But that explanation is wearing thin three months after the extra unemployment benefits expired Sept. 4, while The Great Resignation continues.

“The idea that it’s because the government is giving money—no,” said Snisky. “These are pilots making $300,000 a year that [the airlines] can’t get back.”

That explanation may work as a political argument, but it doesn’t get us closer to understanding what is happening. As stated in Forbes on Nov. 11, “After the summer’s finger-wagging about how ‘nobody wanted to work anymore,’ allegedly because of extended unemployment insurance, states across the country started rolling benefits back. It didn’t force anyone back to work—ultimately, the numbers after that took effect were pretty anemic—but it did demonstrate that the problem wasn’t that they could get more money off the government.”

There may be something to that. Now that it has been widely acknowledged that front-line workers are essential to the functioning of the economy, and after they kept things going when they were risking their lives to do so, they no doubt developed a different idea of their value. Maybe they are holding out for more money. That would just be basic market dynamics. It looks like a sort of general, informal, unorganized strike for better pay and working conditions. But that doesn’t seem to go far enough either.

In October 2019, just before Covid appeared in late 2019, Forbes ran an article titled “More Than Half of U.S. Workers Are Unhappy in Their Jobs.”

“With an historic and robust economic expansion,” it said, “and the all-good news surrounding it, there seems to be large cracks in the system. The mood, for a lot of people in the country, appears angry, discouraged and resentful. There are claims of income inequality and unfairness. Many people feel underemployed, stuck in their dead-end jobs and not earning close to what they’re worth. People working in the gig economy—not by choice, but due to lack of suitable opportunities—are demanding to be considered employees and paid fairly with additional benefits. These issues raise the question over how many people are actually in ‘good’ jobs.”

As with many other social trends, Covid seems to have accelerated and accentuated trends that were in progress in 2019.

I think we are seeing some of the early signs of profound social changes that are taking shape as a result of Covid. Covid was an existential crisis that the entire world population experienced. For some 800,000 in America, and more than 5 million globally, it was death. Those of us who have survived have been changed. There’s no way that you could go through that experience and not be changed. That should be axiomatic to this discussion. We are seeing the emergence of the accumulated results of all those changes in individual lives.

As with any rupture in the economy, this will eventually smooth out. People will figure out ways to adapt. Some will find new opportunities that have been unearthed by the upheaval. Eventually this problem, like any problem, will bring some good changes. But right now, it is putting a huge cramp on businesses at large.

Surely what we are seeing is the tip of the iceberg of the changes that have been wrought by the Covid-19 pandemic. It’s too big and too close for us to see clearly yet. As events unfold, we’ll be able to make out the outlines and get a better idea what has happened to us, and how our world has been changed by Covid.

As I was thinking about this and poking around the internet, I discovered that the Black Death, the bubonic plague of 1315-1317, brought about sweeping social changes. That plague is estimated to have killed between 75 and 200 million people, which was between 30 and 60 percent of the population of Europe at the time. It is said to have brought about the collapse of the feudalistic social structure of Europe, and set the stage for the Renaissance and the Industrial Revolution.

Covid has not had nearly the devastating effect of the Black Death, and we have much better medical protections than Europe in the 14th century. But I don’t think we should underestimate the changes brought by this global pandemic, which laid bare the vulnerability of the systems we depend on to support our way of life. And I don’t think we should expect the world to go back to how we remember it before Covid.

One thing I do feel sure about, the cultural upheaval we are going through is not going to diminish the insuppressible urge to travel. People have been traveling and migrating all over the globe since the dawn of history. People traveled to the wildest, most difficult parts of the planet long before we had the technologies of today. So, I don’t think there is any force that will stop people from traveling, not for long anyway.

People will change how they travel. They’ll change where they travel. But they will not stop traveling. Of this, there can be no doubt.

What’s in a Name? Travel Advisor, Counselor, Agent, or Champion?
“A rose by any other name would smell as sweet,” said Juliet Capulet, according to William Shakespeare. Times change, names change. Peking became Beijing. We got used to it. It doesn’t really matter. Bombay is now Mumbai. Canton is now Guangzhou. Saigon is Ho Chi Minh City. St. Petersburg became Petrograd, then Leningrad, and now…
It Matters Who You Travel With
I noticed recently that Expedia is using the slogan, “It matters who you travel with.” I found that to be a curious choice for the mega online travel agency. I agree with the statement wholeheartedly, but applying it to Expedia is a mismatch. It would be appropriate if you applied the slogan to the American…
Cuba: Hope Springs Eternal
There are many ways to look at Cuba. From a strictly-business point of view, it’s a sad story. There’s never been any question that there has been huge pent-up demand by Americans to travel to Cuba. After more than half a century of being prohibited by their own government from traveling to what used to…

Share your thoughts on “What’s Behind The Great Resignation?”