A Cup of Coffee With President George H. Bush | TravelResearchOnline

A Cup of Coffee With President George H. Bush

Posted on January 24th, 2022 by Mike Marchev in Mike's Monday Cup of Mo-Joe

This is another true story that comes attached to a very pertinent message. Almost everybody has somebody they would like to meet. This may be a movie star, a sports celebrity, an author, or a TV personality. It may be a politician, a famous physician, or even the guy or gal living down the street. People are quick to identify their “wish-lists” but, more often than not, they fail to do anything proactively to make a future introduction.

Not long ago, I asked my wife if there was anybody she would like to meet. Without hesitating, she replied by saying, “I would like to meet President George H. Bush… and his wife Barbara.” I would be candy-coating my reaction if I said this selection surprised me to no end. I was ready to hear the name of some heartthrob. But President George H. Bush?

Priding myself as somebody who practices what he preaches, I begin to go to work. A letter to former President Bush was in order. But first I had to uncover the “hook.” And here is the gist of today’s message. 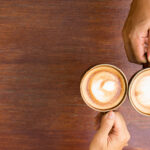 A “hook” is nothing more than a common denominator two people might have in common. Identifying and utilizing a hook can save a lot of wasted time. In my case, the hook was spelled “fellow speaker.” George and I were both scheduled to speak at a European conference scheduled within the next few months. I wrote a letter addressed to George to Houston outlining the story and inviting him to a cup of coffee at the upcoming conference. When a letter arrived with the former president’s seal in the upper left-hand corner, it came as no surprise to learn that a cup of coffee with George and Barbara was not in our immediate future.

I was expecting this negative response and immediately began researching Hook #2. It came in the form of another meeting to be held in Las Vegas later that year. What are the chances? A second letter was followed by a second negative reply. I took a few more shots, but over time I began to lose interest since it never was my idea in the first place.

In seminars, I ask those in attendance if they feel I could have had coffee with George and Barbara if I continued to pursue the introduction and if I didn’t quit. A smattering of hands uncovered my supporters before I boldly stated that “I could guarantee it.”

Resorting back to the hook, here is how I could make such a statement.

The hook, in this case, was the word “speakers. We were both speakers. I would simply hire him to speak at some event, like my son’s 12th birthday party. (Stay with me.)

Once I quoted a price he would accept, I would determine if this positive experience and longtime wish of my wife was worth the price just quoted. In other words, I would decide if I wanted to pay the price? In this case, the answer would be an emphatic “no.”

Just about every goal, objective, or dream comes with a price. The question remains whether you want to pay that price or not. Simple. Yes or no?

Most people are very proficient at “wanting” good things to happen in their lives. I am sad to say that very few people are any good at paying the price to turn their wishes into realities.

We never did have coffee with George and Barbara Bush. Unfortunately, this window has been permanently closed.

I suppose a second lesson might come as a reminder to “strike while the iron is hot.”

Two “Uncomfortable” Situations That Never Need to Happen
There are a few phrases I hear myself saying more often these days. One of which brings me back to my early years, when I spent summers on my grandmother’s farm. “Make hay while the sun shines,” reminded us that when you made a living which depended heavily on the uncertainty of the weather, it…
The Sunday Driver
I recently read a post from Seth Godin which got me thinking. (His words usually do.) He referenced the early automobile and how roads were built to provide a path for leisurely drives out into the country. Families would take a ride on a Sunday to enjoy the scenery and perhaps stop along the way…
The Day I Flew Around the Water Tower
If there is any truth to the belief that a good story is both entertaining and memorable, you are about to enjoy the information in my columns for the next few months. I am about to share with you my personal experiences that come equipped with some valuable lessons. The first of these lessons come…

Share your thoughts on “A Cup of Coffee With President George H. Bush”