Posted on January 31st, 2022 by Mike Marchev in Mike's Monday Cup of Mo-Joe

It often amuses me how things come to be. Some favorable outcomes appear to fall right out of the sky without warning or merit. This, however, is more often the exception. Most positive outcomes are the result of some form of action. In other words, we are all basically responsible for our futures. As the ear-torn saying reminds us, “If it is to be, it is up to me.”

I remember the phone call. My good friend and speaking competitor shared his exciting memories from a recent European river cruise experience. He was literally “over the top” with good things to say. This single phone call fueled my interest, and motivated my writing a letter that would soon alter my life for the better.

A river cruise was prominently listed on my personal bucket list for some time. I wrote a letter to the president of a river cruise company clearly indicating my interest in “bartering” a ride down the river. If my proposal struck a chord, I figured it would take a few years to “earn” passage down the river. Having spoken at numerous industry conferences for the past 15 years, I felt I had something of value to offer this decision-maker. What came next is what I interpreted as “pure genius.” 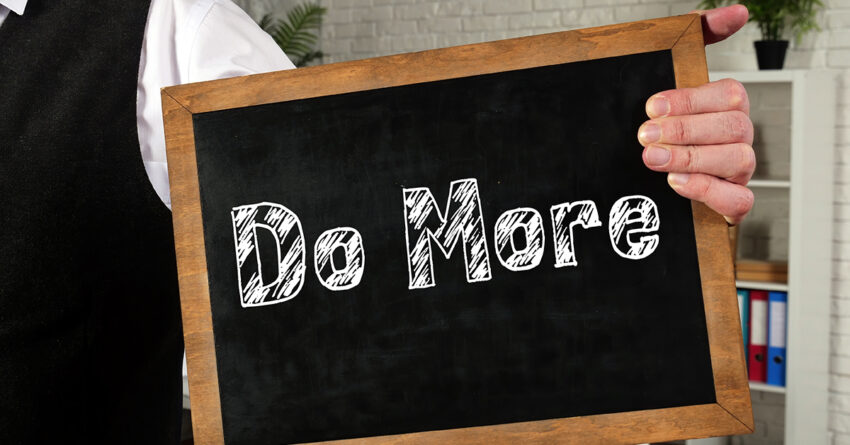 I managed to schedule a phone call and was caught off guard when I was asked early in the conversation, “What river do you have in mind?” Up until that time, I had not given it much thought. “When do you want to go?” I did not have an answer to that question either. I had assumed it would take a few years to accumulate enough “points” to actually cash in on a journey up or down the river… any river.

After what seemed like a long pregnant pause on the phone, I was asked a third question, “How about the Danube River in September?” “This September?” I asked. “Yes. This September.” I responded with, “That would be fantastic. But let me ask you this. What do I have to do to earn that cabin?”

If I had false teeth, this is when they would fall out of my mouth. “All you have to do is share your experience with future river cruisers.”

And that is exactly what I did. I took that cruise and quickly became their biggest fan. I have since taken an additional six river cruises, while honestly promoting AMA River Cruises every chance I get. As a form of payback, I built a website for them designed to help travel agents promote and sell river cruising. I then authored a “How-To” sales book with their company name prominently positioned throughout the book, focusing on river cruise sales. I have lived up to my end of the bargain and, although I am no longer actively associated with AMA, I continue to recommend their product to everybody and anybody who is considering taking a river cruise.

You will never know what good fortune lies in waiting until you “grab the bull by the horns” and initiate the first move. It has been my experience that most travel professionals have a tendency to wait for good things to happen. They don’t want to “bother” people. They are often frightened of being rejected. The secret is to assume a proactive role while feeling confident trying to “make things happen.”

Your efforts won’t always result in eight years of river cruising as mine did, but I assure you that some pretty cool things lie in wait for you once you muster up the courage to make the first move.

You don’t have to take my word for it. Try it for yourself. You can thank me later.

First Things First
This week I am going to remind you of the well-known phrase, “What goes around, comes around.” Maybe it would be more accurate if I said, “What was old is new again.” What I am trying to say is that you do not always have to come up with something new to (1) capture attention, (2) become more effective, or (3) to deliver a message worth delivering. Today, I have decided to turn back the clock and repeat one of my messages from 2015. Here goes: Regardless of the length,…
Saying ‘Thank-You’ Doesn’t Mean Having to Say ‘You’re Sorry’
As sales and marketing advice goes, this may very well be up there with the best of it. I was reminded of this natural phenomenon this week, and I could not find my way to my computer keyboard fast enough to share it with whoever is out there listening. This is a BIGGIE. Tune in. I ended a recent Zoom Meeting with what I consider to be some sage advice. To me, what I am about to suggest is both logical and extraordinarily simple. It is effective and incredibly apropos.…
A Cup of Coffee With President George H. Bush
This is another true story that comes attached to a very pertinent message. Almost everybody has somebody they would like to meet. This may be a movie star, a sports celebrity, an author, or a TV personality. It may be a politician, a famous physician, or even the guy or gal living down the street. People are quick to identify their “wish-lists” but, more often than not, they fail to do anything proactively to make a future introduction. Not long ago, I asked my wife if there was anybody she…