Posted on January 28th, 2022 by Cheryl Rosen in The Rosen Report

What’s a travel advisor to do when a preferred supplier like Crystal cruises stops sailing? Communicate with your customers and be transparent. In the case of Crystal, you have to look at your booked customers in three buckets and reach out to each with targeted communications, says Alex Sharpe.

The CEO of Signature Travel Network, himself a former SVP of Regent Seven Seas, immediately reached out to legal counsel, who told him “you should cancel and dispute charges right away,” he told TRO. “With the ‘reserve accounts’ in place with the credit card colmpanies, I don’t know that disputing charges is critical, but at this point, it couldn’t hurt.”

Here’s an edited version of what Sharpe had to say in our 45-minute conversation last week: 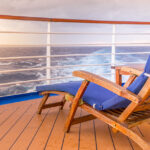 You need to look at your customers as three different impacted groups—those who are onboard today, those who are part of the sailings through April (May for river) that were just canceled, and those booked out in the future beyond that. You need to talk to all of them, and you need to be transparent.

For those that are on the ship now, the details are out; it’s just a matter of helping them get home. For world cruisers debarking in Aruba, the issue is finding accommodations for these guests who were supposed to sail for another 100 nights and maybe broker a deal or an offer that will help them to move over. (FYI, we rebooked over $1M in WC business today on other lines.)

For those canceled over the next few months, April 1, 2021, is a critical date, because that’s when Crystal opened its books, and their guarantee was that the credit card companies were going to hold all of the transactions. So if Mr. and Mrs. Sharpe paid $20,000 on an American Express card, American Express would keep it until the cruise was completed and then would pay Crystal, and Crystal would pay the advisor community. So whatever was paid after April 1, 2021, was held in this account and will be repaid. We do feel confident it will get refunded. Whatever happened before April 1 gets caught up with the rest of the creditors and depends on what happens to Crystal. So explaining that and being transparent is critically important for advisors.

Will Crystal sail again by summer? What should we tell customers booked in the next few months?

We need to be transparent with customers about this. Crystal’s initial plan was to repatriate the majority of crew at the end of these final voyages; however, now I am hearing that they are not rushing it in hopes of a deal getting done with a new owner. The layoffs shoreside have been significant, but likely easier to bring people back there if needed. I’m not a finance guy, but I’m guessing a transaction of this size takes some time; but there is incentive to move quickly. We’ve sent out a very detailed memo to each agency owner, whom to call and when to call, when Crystal officially goes into default. That will happen in a few days. We’ve provided offers to move guests over to other cruise lines. Most cruise lines aren’t marketing heavily, and they want this opportunity to earn customers for life. So we have a bunch of different offers, ranging from matching loyalty perks to enhanced shipboard credits or FCCs to enhanced commissions for advisors. There’s a lot going on in that space. So I’d recommend all advisors go back to their consortia or their other partners for creative opportunities to get these people rebooked—because what we all want is for them to continue the vacation they had planned if possible.

Is this a good time to call and ask if they are going to honor your group contract in August?

I communicate with Jack or Carmen at Crystal almost every day—one part pep talk (for me and them!), one part thank you for everything they are doing, and one part what’s next. They don’t always know what’s next. Even when Genting owned them they didn’t always know. But Jack and Carmen in particular have been nothing short of great partners as we walk through this. Right now, they are managing bookings themselves because they have such a skeleton crew they are doing everything they can to help Crystal get through this. Both of them have had outstanding careers in travel, and this is not the way they want to go out. Jack’s had a brilliant career, he doesn’t this to be his last act, and Carmen has a lot of years left in the industry. They are trying to find a way through this.

I feel like the more information we can give clients, the more we can help Crystal not have to answer all these questions. We are trying to be the hub and use the few people remaining to make sure we facilitate our advisors’ concerns, but also sort out what’s most important.

What’s the most important thing?

Communicate with customers and be transparent. You never want your customers to read something in the press and think their advisors were asleep at the wheel. We’re all in this together; this industry is as tight now as it’s ever been.

Do you think customers will get their money back?

I feel confident customers will get their money back (paid after 4/1/21). And I’m hopeful advisors will get their earned commissions—but probably not commission on that group for next summer. I would like to see commission protected on the (Spring) cancellations where advisors have done their job. But that’s more an issue for whomever buys them. It will be part of the ante, to make these advisors whole, and make sure the customers are made whole as well (FCCs and refunds).

Do you think there will be a buyer?

I do. But there are some challenges. First is they have to buy the company, not just the assets. There’s far more value in the company than in the ships; it’s the company loyalty and the crew that make Crystal valuable. A new buyer will have to commit to keeping the company culture whole and also take care of the travel advisors.

And frankly, I’m not sure about river. I’m not sure five 105-passenger ships make a river fleet. It really is a nice product; I love the ship. But its capacity is just more than half of Viking’s, and they have never been able to charge double what Viking charges and fill the ships. Still, river is so darn strong and such a great growth piece that I’d like to think there’s a way to make it work.

There are probably some private equity folks out there who would be interested. I don’t see one of the public cruise companies buying Crystal—they already have their own luxury cruise brands.

What can you say to travel advisors who are just plain tuckered out?

We’ve made it 22 months and there’s a huge opportunity ahead, lots of bookings already made. We can’t quit now. Take the time to reflect on how important what you do is—how important travel has been in our own lives, and in the lives of those customers we have impacted. Stay the course!

“Give It Three More Weeks”, Says Frank Del Rio
Just hang in there for two or three more weeks, travel advisors, and things will be better. That’s the biggest take-away from a press conference yesterday featuring Norwegian Cruise Line’s CEO Frank del Rio and the head of its Health and Safety Committee, Dr. Scott Gottlieb, who sits on the board of Pfizer. Here’s my transcript of what they said, slightly edited for brevity. I took notes in shorthand, which I am pretty good at but a word or two may be off, and I apologize for that.