We Have the Tools to Restore Domestic Flights to Their 2019 Levels of Safety, Comfort, and Reliability | TravelResearchOnline

We Have the Tools to Restore Domestic Flights to Their 2019 Levels of Safety, Comfort, and Reliability

Posted on January 12th, 2022 by Steven Frankel in Point-to-Point

This week, I was able to go into a local pharmacy in West Los Angeles and walk out with a half-dozen Flowflex COVID-19 Antigen Home Tests for $98.00. The staff in the pharmacy had stacked the tests near the register in plain sight, and the pharmacists asked people to buy no more than six tests at a time. There were no lines to purchase the kits, and the staff had not taken special precautions to prevent them from being stolen.

Yesterday, as another indicator of a better future, a healthcare executive we know walked into a pharmacy and got a fourth vaccine shot. He’s well informed about COVID-19 and is following the Israeli regimen that was implemented this week of providing a second booster four months after the first one. The Israelis make the second booster available for anyone who is over 60 or immune-compromised. This practice is not mandatory, but judging by the Israelis’ track record of acting swiftly once data are in, they will probably make a second booster compulsory if problems do not arise. 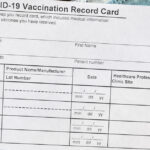 The health care executive happens to be a physician, but he didn’t use that fact to get the second booster. He didn’t show his vaccine card or medical credentials, and the store didn’t ask for them. These two incidents say a lot about how domestic flying during the pandemic can improve.

While there are still long lines in many cities for take-home antigen tests, my ability to get them in quantity two blocks from my home indicates that availability is getting much better. Meanwhile, Amazon is scheduling deliveries of PCR tests that you can take at home and have results in 24 hours by January 6. They have scheduled deliveries of take-home antigen tests by January 12.

Since the feds intend to mail out millions of free antigen tests, we can be confident that it should be easy to get both kinds of tests free anywhere in the US by the end of January. The feds will have an even better chance of meeting their schedule if they subcontract distribution to Amazon, FedEx, or UPS.

The CDC has also approved new pills that will sharply reduce the effects of COVID if you test Positive, and boosters for children aged 12-16 are likely to be approved this week. The feds also have indicated that they will approve vax dosages for children aged 2-11 by the end of January.

The Los Angeles Department of Public Health has just reported that those who are unvaxed are 23 times more likely to end up hospitalized or dead if they are infected with COVID-19. Being boosted increases the odds avoiding hospitals or dying by more than 10 times. Those odds of 230:1 is why the definition of “fully vaxed” is likely to be refined to include two vaxes plus a booster shot. If the Israelis are correct in recommending two boosters four months apart, the odds of fully protected people having bad outcomes from COVID-19 might become the same as having serious outcomes from polio, measles, or mumps among fully vaxed individuals.

As additional data become available in the next few months, you might want to ask your doctor if you should start to seek a second boost now, and recommend to your elderly or at-risk clients that seek their doctors’ advice as well.

Airline executives testified before Congress last week that fliers are safe flying without masks, regardless of their vax status. They said that the ventilation systems on planes are so good that vaxes and masks are unnecessary. Their testimony was self-serving and untrue. Taken to the extreme, it suggests that sharing an armrest in a plane is safe even if one of the fliers are infected and the other is unvaxed; and neither is wearing a mask

Worse, it ignores the problems of rapidly spreading both strains of COVID-19 around the United States. Both the Delta and Omicron strains can kill or hospitalize mostly unvaxed people in the arrival cities. The Omicron strain is relatively benign to vaxed travelers, but it also spreads quickly among both the unvaxed and vaxed persons, both who go on to infect others.

That’s why Omicron is so dangerous. Viruses that kill off or disable their hosts (like Delta) usually burn themselves out as they run out of hosts. Viruses that are typically less damaging to those who are vaxed (like Omicron) can spread much for longer—especially if people remain unmasked and don’t take other precautions.

If the airlines only board fliers that can prove they are vaxed and they also test at the airport the day of the flight, flying might return to 2019 levels of safety and comfort by spring or summer. If we don’t take these measures, a reluctance to fly among passengers, plus job actions and illnesses among employees, may kill the golden goose called “Domestic Flying.”

A group of elected Congressional representatives are now demanding vaxes and masks for passengers and crew members on all domestic flights. If violence in the sky associated with masking becomes worse, Congress might widen their demands to include placing undercover air marshals on many flights with the airlines picking up the tab.

The “cure” is simple: Keep everyone who is unvaxed, as well as those who test positive just before leaving, out of planes and airport departure areas. While we know that neither vaxes nor tests are 100% effective, combining both remedies will not only result in safer flights and fewer cancelations, but also in fewer infections in airports and distant cities.

Vaccinations could be verified electronically in the same ways that credit cards are checked when you make a purchase. If you aren’t fully vaxed, the computer won’t clear your boarding pass. No more carrying a vax card in your wallet or claiming that your dog ate it.

Ideally, companies including Visa, Mastercard, Amex, and Discovery, will verify your vax status at the same time they check your credit. The credit card companies might be pleased to do—even if you don’t make a purchase—for a small additional fee.

Antigen tests could be provided free at airports the same day you travel. Fliers would take tests before they reach the TSA checkpoint in a place that has video surveillance and is ideally outside the terminal. Each test would have a TSA label containing the flier’s name and boarding pass number. The TSA would be responsible for checking vaccine credentials and managing the antigen testing that determines which flyers are eligible to travel.

These procedures would provide more significant payoffs than the TSA continuing to focus on detecting bombs and contraband during a pandemic. The baggage searches, removal of shoes, and body x-rays could only be done randomly or to people on a special watch list. For now, the TSA’s focus would change to activities related to verifying travelers’ vax status and assisting them in reporting accurate test results. Attempts to defraud the TSA with phony vax credentials or falsified tests would be a federal offense.

TSA would immediately administer a more accurate PCR test for anyone who tests Positive on the antigen test. Thousands of testing stations and pharmacies can already analyze PCR tests in less than 30 minutes. The TSA should be able to do the same. If anyone tests Positive on the PCR test, they wouldn’t be permitted to fly before they were symptom-free for a specified number of days.

These procedures would likely dramatically decrease the spread of COVID-19 from one area to another. Also, restricting entry to the gates and planes to only vaccinated and tested individuals would probably return the number of violent incidents to at, or below, 2019 levels. As COVID-19 infection rates decreased, this could likely result in masking being eliminated on an increasing number of flights. It would be these factors, along with the increased safety, that might return flight traffic and reliability to the 2019 levels.

Triple-Vaxxed Is the New Standard for Many Travelers
On Friday, one of my doctors asked me, during a regular video appointment, “Have you gotten your third shot?” I replied, “No, I didn’t think I was eligible yet.” He told me that the latest CDC recommendation to doctors states: People with weakened immune systems are more likely to get COVID-19 than people with normal…
15 Great Cruising Grounds from Which Your Clients Can Choose (Part 1)
If some of your clients love cruises, they may have promised themselves that – if they got through the COVID crisis unscathed – they’ll find some new places to visit. Here’s how you can help them fulfill these promises. Suggest some new places to explore and provide them with enough information to turn their dreams…
The Maldives in Luxury
Welcome to… The Royal Residence at The Raffles Maldives Merhadoo. A bespoke experience awaits the guest at Gaafu Alifu, one of the world’s most remote atolls, found in the southernmost parts of The Maldives. This incredible unit is a three bedroom that can be expanded into a six bedroom. The amount of space available makes…

Share your thoughts on “We Have the Tools to Restore Domestic Flights to Their 2019 Levels of Safety, Comfort, and Reliability”