You’ve seen it on TV. Now Create Your Own UK Tour Masterpiece.

Posted on January 14th, 2022 by Paull Tickner in Agent Perspectives

Although your anglophile clients have been unable to fly to the UK since the end of March 2020 (!), aspects of Britain have been appearing frequently on their/your TV screens with reruns of Endeavour, Morse, Lewis, Poldark, Doc Martin, Father Brown, Keeping up Appearances, Grantchester, Downton Abbey, The Vicar of Dibley, All Creatures Great and Small—along with a whole host of irresistible movies, dramas, and sitcoms.

They’ve done a huge job of waving the GB flag, and I think you’re missing a trick if you’re not talking to some of your frequent UK travellers about how you can customise a tour that blends together leisurely On Location visits for their favourite TV shows with other must-see visits to castles, stately homes, cathedrals, literary shrines all washed down with some memorable meet the locals, pub lunches and suppers.

Here’s a handful of travel-less, see-more suggestions for you to consider.

Less than one hour from London Heathrow, the university city of Oxford makes an excellent base for a closer look at Endeavour, Morse and Lewis, and the colleges, pubs and buildings that were all filmed here. Christ Church College also has strong links with Harry Potter and Alice in Wonderland, and being less than an hour from Highclere Castle. You can fill a very good day with a visit to Downton Abbey and some of the picture postcard Cotswold villages featured in the different episodes. The Imitation Game is one of my favourite films and the WWII codebreaking HQ at Bletchley Park is just one hour to the north west of the city. 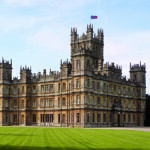 These are two of my favourite TV programmes. Father Brown is filmed in and around the north Cotswolds village of Blockley, where the Church of St Peter and St Paul (Church of England) was used as the St Mary Roman Catholic church and the vicarage transformed into the presbytery for Father Brown’s residence. This makes nearby Chipping Campden, the Cotswolds’ hidden gem, a very good base for several on location visits. Nearby Broughton Castle was extensively used in the filming of Shakespeare in Love and in an unforgettable episode of Keeping up Appearances where Hyacinth waits to catch glimpses of the family. The Bucket residence, Onslow and Daisy’s house were both filmed in Coventry. 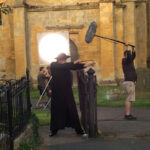 The World of All Creatures Great And Small

Having read the books and visited the Yorkshire Dales, I was bowled over by the recent version of this wonderful, feel-good film. The recommended starting point for a closer look at his life and times begins at his former home, and now the award-winning World of James Herriot in Thirsk. Armed with the back story, you’ll not be disappointed by what you then see in the villages, market towns and Yorkshire Dales that he loved. Expand the itinerary to include locations used in the filming of Victoria and discover Castle Howard’s links with Brideshead Revisited. Complete the programme with a couple of nights in the great Viking city of York.

On Location with Bridgerton

The historic Georgian streets of Bath have been frequently used for the filming of period dramas and the city’s most recent starring role came courtesy of Netflix and Bridgerton, released on Christmas Day 2020. When planning a Bath walking tour, upgrade to one that reveals the locations used when making the film. I can also recommend a side trip to Lacock, a picturesque village forty minutes east of the city, where the timber-clad cottages provide the backdrop to the TV series Cranford and the National Trust-owned Abbey stood in for Hogwarts in the first two Harry Potter films. Make sure you see Castle Coombe, often named as the prettiest village in England.

Why don’t you put together a list of anglophile clients who will have probably watched Doc Martin and Poldark on PBS, and then offer them a fiction into reality close encounter with the on-location worlds of these popular TV series? Add Tintagel Castle, the alleged birthplace of King Arthur with Merlin’s Cave below (keep an eye on the tides) and other mythical and legendary sites, an upstairs/downstairs stately home, a privately owned garden, a dramatic performance under the stars at the Minack Theatre, some free time to wander around the Artist’s Quarter in St Ives, a Cornish Cream Tea at the Tregothan Tea Estate and something rather special emerges in the land of living legends.

Discover the Murder Capital of Midsomer

Only a few short miles from London Heathrow, the counties of Oxfordshire, Buckinghamshire and the Chiltern Hills are where your clients can discover Inspector Barnaby of Causton CID, and fellow characters in Midsomer county. It’s a place filled with traditional pubs, village greens, fetes and Sunday afternoon cricket. Of course, not everything is as idyllic as it appears, since murder, kidnapping and blackmail are all common crimes committed by the inhabitants of this fictional, corpse-strewn English county. Since the beautiful towns and villages seen in ITV’s long-running detective series are real and easy to get to, follow in DCI Barnaby’s footsteps, sip a pint in a traditional pub, and explore the quintessential English countryside. 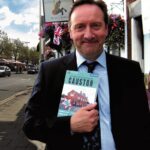 Share your thoughts on “You’ve seen it on TV. Now Create Your Own UK Tour Masterpiece.”