Posted on February 17th, 2022 by David Cogswell in The Incessant Traveler

I was surprised to see a Reuters article that said, “U.S. CDC urges Americans to avoid travel to Japan, Cuba, Armenia over COVID cases.” Why Cuba? I wondered. Why Japan, too, for that matter? As for Cuba, it ran counter to the information that I’ve been getting about the country’s handling of COVID over the last year and a half, which has been impressively successful. But Cuba tends to be a good whipping boy for the news media. In the travel media, reports on Cuba are almost always glowing. But in the news media, portrayals tend to be negative.

The American people are attracted to Cuba and fascinated with it. They jump en masse at the opportunity to travel there whenever the word gets out that the restrictions have been relaxed. But there is still an establishment that tries to punish Cuba at every opportunity. It must be the oldest political grudge in the world. 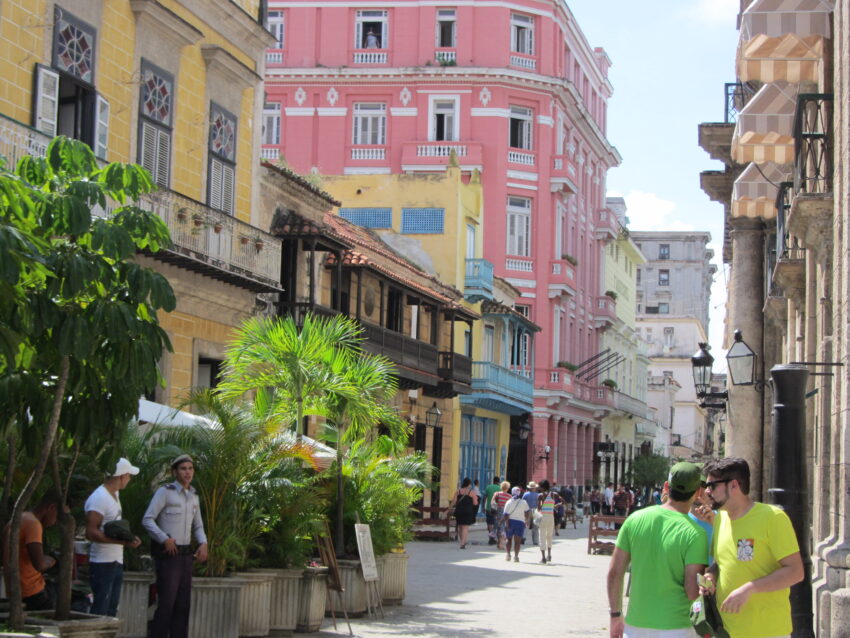 America has forgiven all its old enemies and international rivals, including China and Vietnam. The Cold War with Russia has been over for so long at this point that it looks like we’re about ready to head into a new round of it. We’ll see how that turns out. But at present none of those old enemies are banned to American travelers except Cuba. But surely the CDC wouldn’t single out Cuba unless it was justified by cold, hard data, right?

I was curious about the seeming contradictions between what I’d been seeing and this latest report, so I went to the CDC site to check the travel advisories.

The site lists five levels of risk assessments for COVID-19: very high, high, moderate, low, and unknown. And, sure enough, Cuba is listed in the “very high” category. It is, however, in excellent company. It’s listed with 133 countries in the “do not travel” category, including the UK, Switzerland, Sweden, Spain, Russia, Portugal, Poland, Norway, Mexico, Jamaica, Italy, Israel, Ireland, Iceland, Germany, Finland, and Denmark.

The Reuters headline from Feb. 7 included three of the six most recent additions to the list: Japan, Cuba, Libya, Armenia, Oman, and the Democratic Republic of Congo.

The CDC’s “very high risk” list is so long that it looks at first glance as if it must include almost every country in the world. It certainly includes many of the most popular travel destinations for Americans. But these figures are fluctuating daily, and lately things are trending toward the better. So, any country on this list may since have changed its status. But that’s what the CDC was saying as of Valentine’s Day.

The next category, high risk, includes 52 countries for which to avoid nonessential travel.

So the CDC did not single out Cuba. It’s just one of 133 countries in the “very high” category at this moment. Fortunately, those figures seem to have peaked and are diminishing in recent weeks.

Most of what I’ve seen about Cuba’s handling of COVID has been impressive. It’s even more impressive when you consider that Cuba is always operating under a crippling U.S. trade embargo. This makes everything harder, such as acquiring syringes and other medical supplies. Many valid criticisms can be leveled against Cuba’s political establishment, but the country’s achievements in the realm of healthcare cannot easily be dismissed.

The broader historical background of this is summarized in this story from 2014. Margaret Chan, then-director-general of the World Health Organization (WHO), visited Havana and was so impressed by the country’s achievements in the field of health care, she said, “Cuba is the only country that has a health care system closely linked to research and development. This is the way to go because human health can only improve through innovation.” She praised the country’s leadership for having made health “an essential pillar of development.”

Chan was impressed by the fact that Cuba’s health care system is based on preventive medicine. She recommended that the world follow Cuba’s example and replace the “inefficient and expensive curative model” with a prevention-based system. “We sincerely hope that all of the world’s inhabitants will have access to quality medical services, as they do in Cuba,” she said.

Cuba’s home-grown vaccines, because they are inexpensive to make and don’t require freezing for shipping, may be a key to getting much of the third world vaccinated. Without that, the virus will have plenty of chance to keep replicating and mutating into an endless stream of new variants. The First World can’t beat COVID without beating it in the Third World.

I spoke to Tom Popper, the founder of InsightCuba in 2000, which he sold to Friendly Planet in September 2019. He is now CEO of his own consulting company, 82° West Consultants, specializing in helping Americans do business in Cuba. When I reached him, he had just returned from a trip to Cuba.

“I just got back from Cuba last night,” he said. He was rushing to an appointment. “I haven’t looked at the Covid data recently, but COVID seems like it’s in the rear-view mirror there. High vaccination rates and low infection and death rates. They are pretty proud of it. That said, wearing a mask anywhere is compulsory. Cubans wear them always when outdoors, and even when gathering in their homes. It’s part of life, and they don’t seem to complain. Although anyone would prefer not to wear a mask, they do it to keep each other safe. It seems like a no-brainer when you’re there, unlike in the wealthier countries where simple health measures have become divisive and political weapons.”

Popper said he felt safe being in Cuba, “knowing that most of the population was vaccinated and took COVID-19 and mask-wearing seriously, both indoors and outdoors.”

Cuba opened to tourism on Nov. 15, and Popper said, “They seem to be managing the situation well. I observed light tourist traffic while in Havana and elsewhere, but so many citizens are awaiting a return to increased levels. So many people depend on tourism to earn a living. Any effort to undermine tourism at this moment only causes despair and hardship.”

Cuba has developed five vaccines, including Abdala, Soberana 02 and Soberana Plus, which Cuba claims all have a 90 percent efficacy rate against COVID—including the Omicron variant.

“What’s special about the Cuban vaccines,” he said, “is they use subunit protein technology, and unlike the mRNA vaccines produced by Pfizer and Moderna, are inexpensive to manufacture and don’t require deep freezing. This means easier distribution to more rural populations.”

On Feb. 11, I looked at Worldometer’s figures on international COVID rates to compare Cuba with America and other countries.

According to Our World Data, 87.1 percent of Cuba’s population has had a complete protocol of vaccination, and 94 percent are at least partially vaccinated. In America, the respective figures are 64 percent and 76 percent. In the UK they are 71 percent and 77 percent.

So overall, Cuba still ranks far beyond most other countries in its handling of COVID. As the Omicron variant winds down, Cuba should be one of the safer destinations to visit.