Take Me Off the Grid, Please | Travel Research Online

Take Me Off the Grid, Please

Posted on February 3rd, 2022 by David Cogswell in The Incessant Traveler

I recently saw a post on Facebook that pointed out 1970 is as far from 2022 as it was from 1918. For those of us who were around in 1970, that mathematical exercise is a pretty good way to estimate the vast scale of change that we are now swept up in. Most of it is still incomprehensible, or invisible to us. It’s easy enough to see the changes of the early 20th century because we have historical perspective. It’s not so easy to make sense of what we are currently immersed in. Given that the pace of change has accelerated, we have to presume that the change in the last 50 years is even greater than in the 50 years before that. It gives us plenty of room to imagine how much change has taken place around us that we cannot yet perceive. 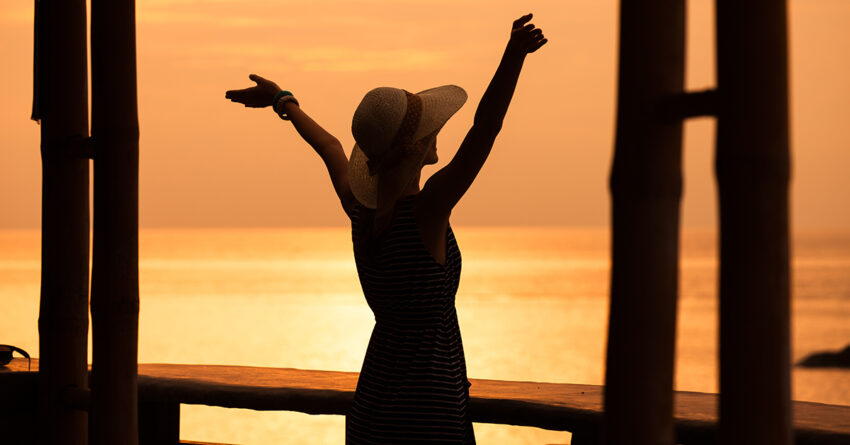 Think of the enormous wave of change that swept over the country in the 20th century! Cars and highways, movies, electricity, radio, television, airplanes, etc., all these things that are pillars of our existence now were new developments during that period. They were new things that never existed before.

It’s hard for me to imagine the world of my grandparents, and the enormous amount of change they experienced during their lives before I came along. For me, all those changes were the given situation. It’s difficult to visualize a world before cars and highways, passenger aircraft and a vast global air transportation infrastructure, not to mention all the myriad innovations that flowed out of wiring cities for electricity.

This technological and social evolution is in no one’s control. It’s a juggernaut streaming down a pathway it digs for itself, independent of anyone’s plans.

In times of unnerving change, people look to strong men, to gurus, to people who will claim to have the answers. There are many people who can offer valuable insights as we muddle through this madness, but no one knows where it’s going. No one predicted the technological wilderness we now find ourselves in. No one.

Steve Jobs, probably the most consequential technological visionary of the era, did not see it. When he first introduced the iPhone, it was conceived as a combination of the iPod and a cell phone, a phone you could play music on.

One member of the iPhone’s development team, Andy Grignon, told Cal Newport, author of Digital Minimalization, “This was supposed to be an iPod that made phone calls. Our core mission was playing music and making phone calls.” Jobs was “initially dismissive of the idea that it could become a general purpose mobile computer running a variety of different third party applications.”

When Jobs first introduced the iPhone in 2007, he called it “the best iPod we have made.” He didn’t even get around to talking about the iPhone’s online capabilities until 33 minutes into the presentation.

And Mark Zuckerberg didn’t see it coming either. When Zuckerberg started Facebook in 2004 it was just a network for students at Harvard. He didn’t see the iPhone coming. When the iPhone came out in 2007, it interacted with the rising social media platforms in ways no one had imagined. Neither Zuckerberg nor Jobs saw this intersection of social media and the internet-connected iPhone. They were two separate paths of technological evolution that converged, collided, and exploded.

And Bill Gates? Forget it. The master of the tech world of the ‘70s, ‘80s and ‘90s discounted the Internet itself as being of no consequence, until Netscape had introduced the first commercial browser in 1994. If you are looking for a guru, a mastermind who can tell us where all this is all going, good luck.

No wonder so many people are freaking out at the pace of change. The world is changing right before our eyes, faster than it’s possible to keep up with. In past times, people going to the mall in Iowa or Maine didn’t see Ethiopians or Somalis there. Now global commerce and jet transportation have brought all the cultures, ethnicities, and nationalities of the world together. America’s proverbial melting pot is boiling over, and the resulting social disruption is creating opportunities for demagogues to harness fear for their advantage. If someone can point to someone who is different from you and blame him for your troubles, it simplifies things. It may be tempting to believe him and follow him.

Now we are in a new wilderness of social media, where there are many wonderful possibilities, but also a host of new kinds of horrors, threats and problems. We see links between social media and a rise in teen depression and suicide. I don’t think we can assume the problems end when people turn 21.

Market research shows that something like 80 percent of smartphone users look at it first thing in the morning. I know I am in the majority in that my phone is usually the first thing I look at in the morning, and the last thing at night. The implications of that are chilling.

It’s such a versatile utilitarian device, there are always multiple reasons to pick it up: to check email, social media, the news, weather, google some information, or put on some music. Once I pick it up, I’m likely to run through all other reasons for picking it up before I put it down again.

This not only devours an increasing portion of my day, to an alarming degree it rules my mind itself. Whatever has your focus gets your energy, and shapes the way you experience the world. If you spent four hours a day watching TV, do you doubt that it would have a dramatic effect on your life? Well, now most of us are spending hours every day looking at a little screen.

There is little doubt that there is a state of mind that goes with being online. I’m not sure how much I like the state of mind I get into when I am browsing social media. In any case, I don’t want to spend most of my waking hours in that state.

Thanks to Apple CEO Tim Cook, we now get weekly reports on our iPhones of how many hours a day we are spending on our screens. When I see the numbers, they are unbelievably high. For me, and almost everyone I know, it’s hours. If we are going to spend hours every day in a certain environment, it should give us some concern about what kind of effect it has on us.

I can no longer avoid the plain fact that it is an addiction, and I am an addict. I have to work hard to discipline myself to keep the phone from consuming practically my entire day, which equates to my entire mind. Not sure how well I am doing with that.

I used to laugh at the story of how primitive people were afraid to be photographed because they thought the camera would steal their souls. I am not laughing now.

All this brings us around to what has become a new kind of attraction or amenity: off-the-grid vacations. I remember not so many years ago, when the first question I asked the desk clerk at any hotel was the status of their internet service. There were always important emails to send or receive, and good internet is a necessity. Now that being on my phone has become an all-consuming addiction, it sometimes seems the only way to control it is to get off the grid entirely—cold turkey.

It used to be that when I found myself off the grid it was a mishap. Now it’s something I strive for, occasionally, but it’s becoming increasingly difficult to achieve.

Now it’s a thing, a kind of vacation, a category of travel. I expect that every travel advisor has now been asked for it. You can google “off the grid vacations” and get nearly 4 million results. There are numerous listings of off-the-grid destinations, though I wonder how long before places that are publicized in such listings become overcrowded with people trying to get off the grid.

I have found myself off the grid in Africa, Antarctica, Patagonia, Australia, Alaska, and even in such places as Vermont and Maine.

I’ve traveled off the grid now a number of times. It’s jarring at first. But it’s remarkable how quickly you adapt and return to another state of being when your soul is not constantly sucked into a tiny rectangle in your palm. It’s a good way to reset your perspective on life. I know now that an occasional experience off the grid will have to be a regular part of my travel agenda from now on.

Cuba: Hope Springs Eternal
There are many ways to look at Cuba. From a strictly-business point of view, it’s a sad story. There’s never been any question that there has been huge pent-up demand by Americans to travel to Cuba. After more than half a century of being prohibited by their own government from traveling to what used to be considered one of the hottest vacation destinations in the world, of course there is demand. It’s 90 miles from Florida, a heavenly tropical Caribbean destination. But for practical purposes it’s blackened off the tourist…
What’s Behind The Great Resignation?
Ray Snisky, group president of Apple Leisure Group’s vacations division, told travel advisors last week that the airlines were having trouble hiring staff, including pilots and mechanics. Speaking at the Travel Impressions Best of the Best event in Puerto Vallarta, Snisky said the airline staff shortages have been causing cancellations, which throw ALG into frantic efforts to rebook and re-accommodate thousands of clients at the last minute.
Delta Vacations’ New President: “Never Let a Crisis Go to Waste”
It’s a time when senators, mayors and congresspeople are dropping out of public service, CEOs are stepping down at an unprecedented rate and leaders are abdicating their positions in droves—overwhelmed by the extraordinary demands of the times. The person who stepped into the leadership position at Delta Vacations, however, is eager and plucky. “I can’t think of a better time to be joining than the last couple of months,” she told me. “There’s so much opportunity on the horizon to really create a strong connection with our customers and our…

Share your thoughts on “Take Me Off the Grid, Please”