Posted on February 25th, 2022 by Paull Tickner in Agent Perspectives

I’m always on the lookout for living history experiences and new attractions that can add bubble, fizz and pleasant surprises to UK tours. This week, I’m introducing you to six of them that fit that requirement.

York’s annual Viking Festival has been moved from February to June, which means that many more of us can enjoy this mighty celebration of the city’s Nordic origins. This is then followed by the staging of the medieval Mystery Plays, a once in every four years event. In Manchester, the Royal Horticultural Society’s Bridgewater Garden is fast becoming one of the UK’s must-see gardens which, when coupled with the stunning estates in Cheshire and North Wales, will be of great interest to green-fingered customers. Meanwhile, in Liverpool, the brand-new theatre modelled on Inigo Jones’ cockpit-in-court 17th century masterpiece will throw open its doors in the summer.

Read on and let’s be creative about what you offer your UK-bound clients this spring and summer.

Opening in the summer of 2022, it will host a wide variety of work including high profile Shakespearean drama, comedy, music, and many other genres of performance. Endorsed by the Royal Shakespeare Company in Stratford upon Avon, Shakespeare’s Globe Theatre and the Victoria and Albert Museum in London, the iconic building, currently under construction, will be home to an extraordinary timber-framed theatre, modelled on the Inigo Jones cockpit-in-court masterpiece of the 17th Century. Start thinking about a theatre tour that includes the Globe Theatre in London, the Royal Shakespeare Theatre in Stratford upon Avon, The Shakespeare North Playhouse in Liverpool and theatre in the round at Manchester’s Royal Exchange (see image). 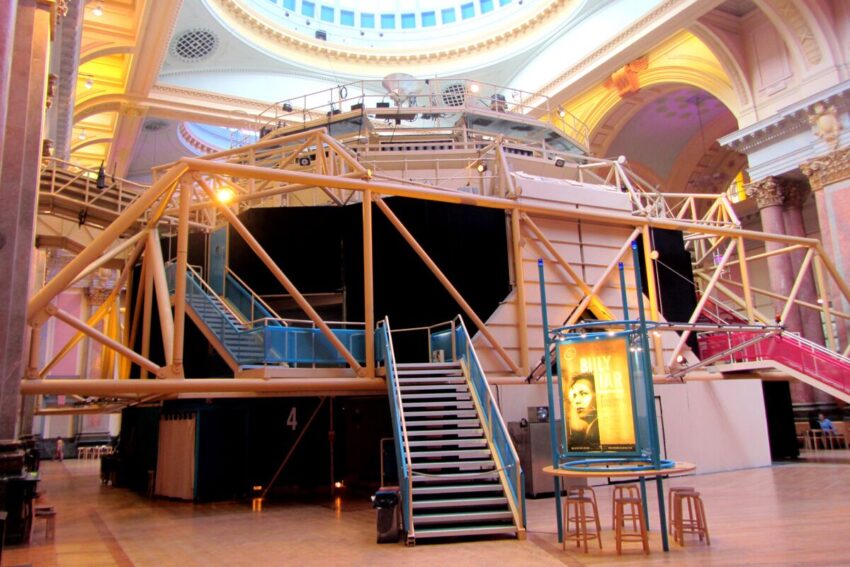 Discover The Real World Of All Creatures Great And Small

First screened on Sunday January 9th, many of your customers, yourself include perhaps, will have watched every episode of this feel-good TV series on PBS. Let’s explore the idea of a two-three-night tour that reveals the locations used in the Yorkshire Dales for themselves. The story begins at his former home, and now the award-winning World of James Herriot in Thirsk before visiting some of the villages and market towns that he knew and loved. Expand the itinerary to include locations used in the filming of Victoria and discover Castle Howard’s links with Brideshead Revisited. Complete the programme with a couple of nights in the great heritage city of York. 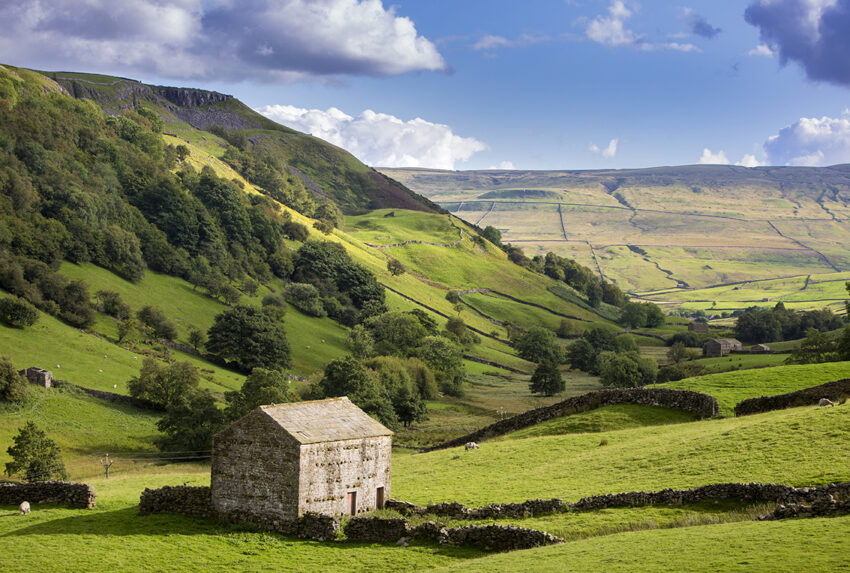 The Vikings Return to York

The Vikings will once again be pitching their tents in central York in May with the welcome return of the engaging, re-enactment of the JORVIK Viking Festival. The final schedule still has to be confirmed, but popular events including the living history encampment, Strongest Viking Competition, Best Beard contest, have-a-go activities and the Traders Market will return. The Battle Spectacular will take place on the evening of Saturday 28 May and the ‘March to Coppergate’ will also take place on that date, and the Viking Banquet is scheduled for the evening of Wednesday 1 June. The itinerary kicks off with a scene setting visit to the award-winning Jorvik Viking Centre. 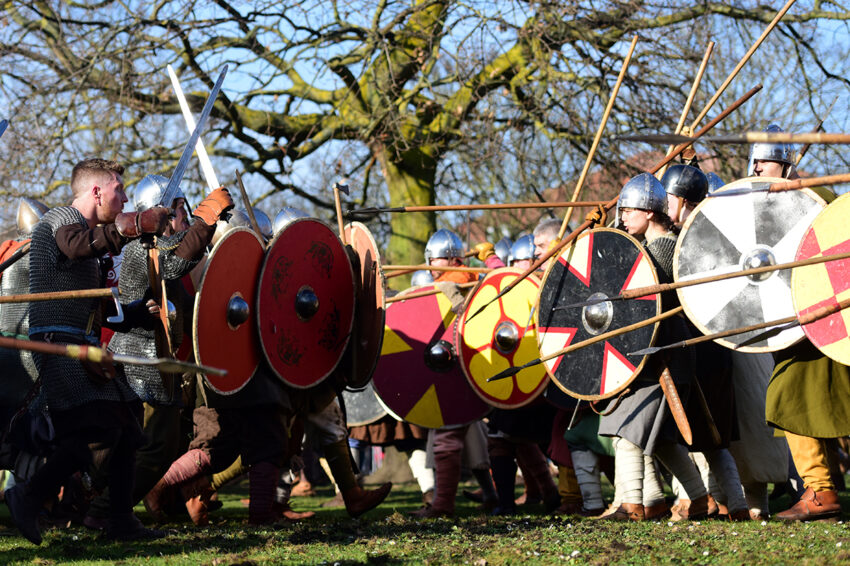 Once again, the Guilds of York are the driving force behind the York Mystery Plays on 19th and 26th June this year, marking over 25 years of bringing the York Plays to the City streets. Building on the success of productions since 1998, and following the medieval custom, the Plays will again be presented on Pageant wagons. Originally a set of 48 plays performed by the Guilds of York, they illustrate the Christian history of the world from the Creation to the Last Judgement. Pushed by the residents of York and accompanied by musicians, eight wagons will process through the city’s streets to perform their Play at four different locations. 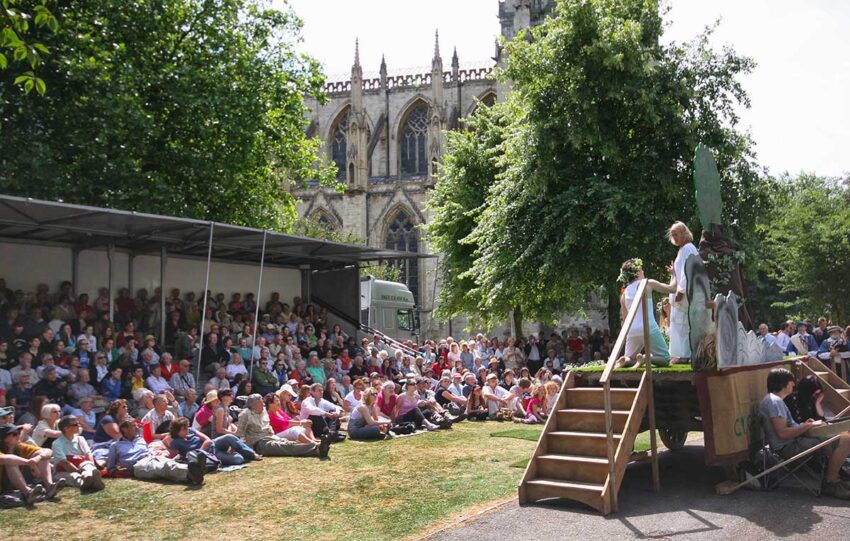 In May 2021, the RHS opened its most recent garden at Bridgewater, Manchester. Set within 154 acres, the $47 million project has transformed the former site of Worsley New Hall, restoring the historic walled garden, lake and surviving buildings. Originally built in the mid-19th century, Worsley New Hall was a grand Gothic-style mansion, complete with glorious, formal landscaped gardens. The site’s jewel in the crown is the magnificent 11-acre Weston Walled Garden, one of the UK’s largest Victorian walled gardens, showcasing a range of growing techniques and edible plants. There’s also the spectacular Paradise Garden, featuring exotic planting inspired by Asiatic and Mediterranean gardens. RHS Bridgewater is now one of UK’s must-see gardens.

To expand the potential for your green-fingered customers, spend a couple of nights in the nearby ancient Roman city of Chester—where its surrounding county is packed with quintessentially English gardens, secret and privately-owned properties that open rarely and then only when at their best. Then head into North Wales for visits to world-renowned gardens at Bodnant, Plas Brondanw and Portmeirion, a ride on one of the Great Little Trains, the magnificent 12th century castles at Conwy and Caernarfon, and watch a Welsh Male Voice Choir in rehearsal. This corner of northwest England and North Wales produces a kaleidoscope of colour your horticultural contacts won’t have been offered before. 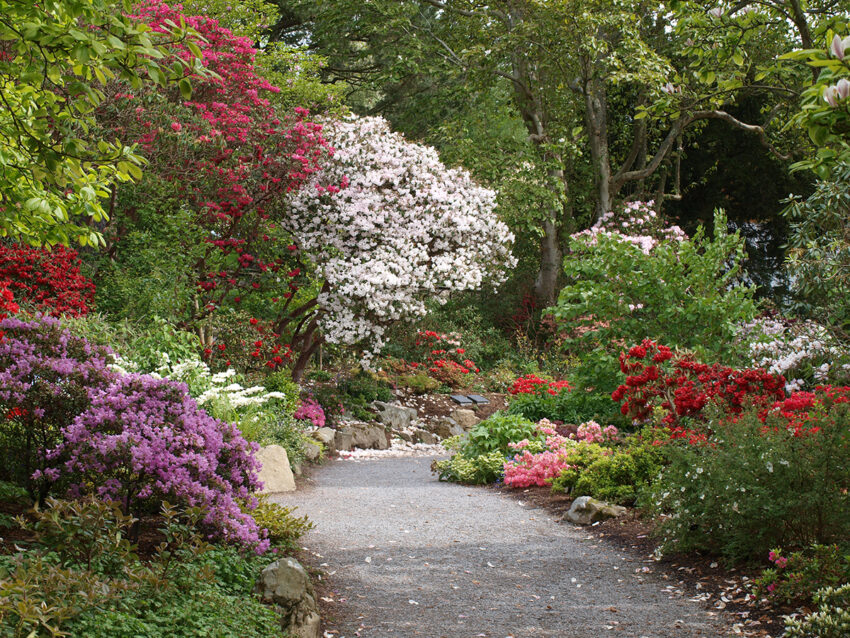 London for Families, Shin-Kicking, Festivals of Speed and Meet Scrooge
With transatlantic flight restrictions being lifted NEXT MONDAY 8TH NOVEMBER, it’s really encouraging to see that United is adding five new flights to London’s Heathrow, including two more flights from New York/Newark, additional trips from both Denver and San Francisco, as well as an all-new direct flight from Boston. Hopefully, this confidence-boosting step will see other carriers following suit in the not-too-distant future. With UK flight connections slowly but steadily being resumed, take a closer look at some of the festivals and events that can become the foundations for a…
Explore the Possibilities for Women Only Travel to the UK
If you are a frequent reader of my Agent’s Perspectives, over the past 19 months or more, you will have seen dozens of bright ideas that will appeal to clients interested in castles, gardens and stately homes, on location and bookshelf tours, and the visual and performing arts. This week, the focus sharpens on a short stack of imaginative ideas for Women Only travel, which hopefully might strike a chord with you. There are more themed tour suggestions in the works! Read on and let’s release the potential for some…
England’s Magical and Enchanting Worlds—Just Bring Your Imagination
With interest in travelling to the UK steadily growing, so are the number of ’email conversations’ I’m having with enterprising travel advisors who want to offer their customers some different aspects of their old friend Britain. Some of the customised travel experiences were hallmarked by a selection of the On Location visits highlighted a couple of weeks ago. If you missed them, you can see them again here. One of the most recent email exchanges was for a family looking for an imaginative countryside and London tour. They didn’t want…

Share your thoughts on “Vikings, Medieval Mystery Plays, and a Cockpit-In-Court Masterpiece”