Russia and People to People in 2022 | Travel Research Online

Russia and People to People in 2022

Posted on March 17th, 2022 by David Cogswell in The Incessant Traveler

Keeping a constant, anxious watch on the heartbreaking news pouring out of Ukraine, I have come across some demoralizing reports that say most Russians support Putin’s invasion of Ukraine.

On March 6 the Guardian reported that “Despite the international condemnation and sanctions that have met the military attack, Putin’s approval ratings have jumped in Russia since the invasion, according to Moscow-based pollsters. Putin’s rating rose six percentage points to 70 percent in the week to 27 February, according to the state pollster VTsIOM. The pollster FOM, which conducts research for the Kremlin, said Putin’s rating had risen seven percentage points to 71 percent in the same week.”

According to a March 8 article in the Washington Post, “58 percent of Russians support the invasion of Ukraine, and 23 percent oppose it, a new poll shows.”

One article showed a picture of an angry-looking Russian woman holding up a placard with a big Z on it, indicating her support of the invasion. 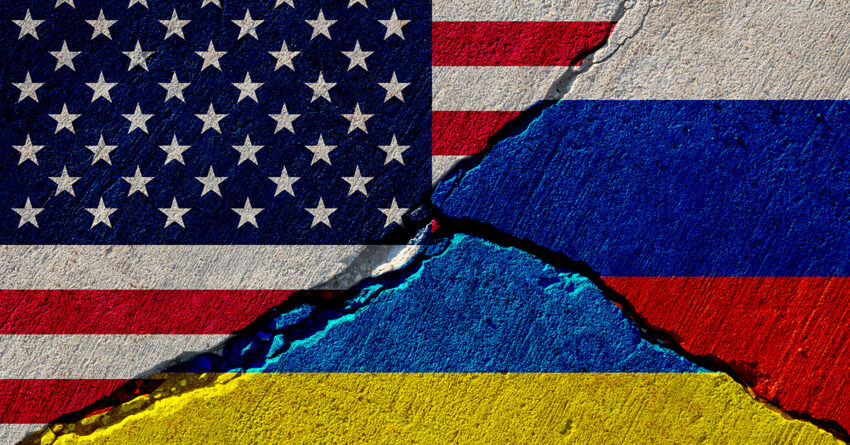 The Z is the symbol of the Russian government’s campaign to rouse Russians into proclaiming their support for the war, though they can’t call it a war. Putin recently signed an order that creates a penalty of up to 15 years in prison for calling what he is doing in Ukraine a “war.” It must only be referred to in Putin’s own phraseology: a “special military operation.”

In Putin World, it’s a precision military strike to “denazify” or “demilitarize” Ukraine, as if Ukraine, with help from the West, had been on the verge of invading Russia. In Putin’s “operation” no civilians will be attacked, smile, wink wink.

Seeing the poll numbers, and the picture of the hostile-looking Russian woman had the effect of directing some of my anger away from Putin himself and toward the Russian people. How dare they!

It aroused my anger, and led me to the knee-jerk reaction: if they can support Putin’s killing and destruction in Ukraine, then they deserve whatever happens to them. The Russians are already suffering from the economic repercussions of the war, and it will surely get worse.

But then a little flag of caution rose somewhere in my head. Wait. Take a deep breath. I don’t want to let the emotions of this awful invasion lead me into wishing ill upon the Russian people. That’s how these things get out of hand.

I still haven’t come across any good justifications for why the world had to suffer through World War I, or as it was called at the time, “The Great War” or “The war to end all wars.” One thing led to another and eventually the world was pulled into a worldwide wave of killing and destruction. For what? I’ve never learned the answer to that question.

World War II was a different story. The Nazi menace was more clear cut. That’s part of what makes all this so confusing. But one thing we don’t want, I believe, is for our anger to spill over into hatred for a population, when nearly all of them have nothing to say about what Putin does.

We must remember that we don’t know what the Russian people are hearing, or what dangers they may face by expressing dissent, even in an opinion poll. We don’t know how those polls are conducted. And anyway, public opinion is mercurial in an incendiary situation like this. A poll taken today, or next week may show something very different from one taken the first week or two after the attack began. We can’t let our anger and outrage turn us to brutality against the Russian people.

All this pulls me back to some things I learned from a good friend, and someone who can legitimately be called one of the founders of the modern travel industry. Alexander Harris was the founder of General Tours in New York in 1947. Though he died in 2013, the company continues today under the name Alexander + Roberts, in honor of Alex Harris and his younger partner, who still runs the company today, Robert Drumm. General Tours was probably the first company back in the 1950s to take American travelers into Russia, or what was then the Soviet Union.

It was an odd fate for Harris to end up being a trailblazer toward good relations with Russia. He had been a prisoner of war of both the Nazis and the Soviets during World War II. It started from the horrible day the Gestapo came to the door of his home in Lodz, Poland, because he had been turned in by one of his playmates for the crime of being a Jew. “That’s him,” his former playmate said to the Nazi officer, pointing to Alex and then to his name on a list.

That began his time of forced labor under the Nazis. Later he was taken prisoner by the Soviets, tortured and sentenced to work in a gulag in Siberia. He served 10 months of a 10-year sentence, then was released through a deal made by the exiled leader of Poland with Stalin to release Polish prisoners on the condition that they join the anti-Nazi forces.

Released in late 1941, Harris went through an accelerated officer’s training program, then into active duty as a lieutenant in artillery reconnaissance. He served until the war ended in 1945, earning Poland’s highest military honor, the Virtuti Militari.

Harris’s life, as recounted in his autobiography Breaking Borders: One man’s journey to erase the lines that divide, was full of harrowing experiences and unwanted adventure. It gave him a unique perspective, and left him feeling that his lifetime mission was to try to erase the borders that divide people so much that they can turn to war against each other. In that endeavor he found an unlikely partner: The president of the United States.

In the 1950s, when the Cold War tensions between Russia and the West were intensifying to dangerous levels, Harris set out to take American travelers to the USSR so Americans and Russians could get to know each other as people.

Harris wrote to then-President Eisenhower to ask for his blessing in creating links between ordinary Americans and Russians. He was happy to receive a supportive reply from the President. It turned out that Harris’s dream synced up neatly with Eisenhower’s own vision.

Eisenhower had been the Supreme Allied Commander who had led the Allied Invasion of Normandy, leading to the defeat of the Nazis. He carried the responsibility of having sent thousands of young men to war knowing that many would not return alive. He was one of the first outsiders to see the Nazi death camps. He knew the horrors of war as well as any man, and was deeply committed to doing anything he could to avert another war.

Eisenhower believed the ordinary citizens of the world wanted peace, even when their leaders wanted war. He believed that more contact between the citizens of different countries would help prevent another war. With that objective, he set up the original People to People initiative in 1956.

“If we are going to take advantage of the assumption that all people want peace,” he said in a speech, “then the problem is for people to get together and to leap governments—if necessary to evade governments—to work out not one method but thousands of methods by which people can gradually learn a little bit more of each other.”

Eisenhower himself outlined what would become the higher mission of the travel industry. A White House press release explained his wish to foster “people to people contacts (as distinct from Government contacts) designed to create understanding among peoples and build a common effort to advance world peace.”

Harris’s General Tours led the charge toward fulfilling Eisenhower’s dream. Who knows how much difference the program made, how many Americans and Russians got to know each other as people through that program? But for every one who visited Russia and met individual Russians, surely they were unable to think of Russians only as enemies after that.

Now we have a new wave of war, threatening to hurl the world back to the worldwide paroxysm of violence and barbarism of World War II. We can’t let ourselves be pulled back into savagery. Hopefully we have learned, and we can let cooler heads, or as Abraham Lincoln said “the better angels of our nature,” prevail.

This is not a time to turn inward. It’s not a time to let politicians separate the people of the world into warring camps. It’s a time to remember what we’ve learned and to stay the course. Travel will continue to be one of our best forms of insurance against war.

So, I say to those in the travel industry: keep on keepin’ on. You have an important mission: to be part of the universal human aspiration for world peace.

Ukraine Tops My Bucket List
I am one who believes that travel is one of the last, best hopes for a world wracked with war, prejudice, hatred and greed. I embrace the quote by Mark Twain: “Travel is fatal to prejudice, bigotry, and narrow-mindedness, and many of our people need it sorely on these accounts. Broad, wholesome, charitable views of men and things cannot be acquired by vegetating in one little corner of the earth all one’s lifetime.” I see travel as more than a business. It’s a mission, a striving for world peace and…
Delta Vacations’ New President: “Never Let a Crisis Go to Waste”
It’s a time when senators, mayors and congresspeople are dropping out of public service, CEOs are stepping down at an unprecedented rate and leaders are abdicating their positions in droves—overwhelmed by the extraordinary demands of the times. The person who stepped into the leadership position at Delta Vacations, however, is eager and plucky. “I can’t think of a better time to be joining than the last couple of months,” she told me. “There’s so much opportunity on the horizon to really create a strong connection with our customers and our…

Share your thoughts on “Russia and People to People in 2022”