Posted on March 25th, 2022 by Paull Tickner in Agent Perspectives

I’m always on the lookout for new ideas that will encourage you to keep Great Britain towards the top of the list of your must-sell destinations, and last Saturday’s ‘Excursions’ trade show at the Twickenham Stadium in London gave me a great deal of food for creative thinking. Organised by Tourism South East for the British domestic market, it showcased dozens of exciting travel experiences which when imaginatively pieced together produced several new ideas for clients flying or cruising in-or-out of the UK this summer.

Series Three Underway for All Creatures Great and Small

If you’re an enthusiastic fan of this feel-good TV series, like myself, you’ll be thrilled to know that PBS Masterpiece have officially renewed the show for two more series, including two more Christmas specials. If you’re also a fan, use the programmes to develop your own All Creatures Great and Small On Location tour to Yorkshire. Use Virgin Atlantic’s non-stop flights into Manchester, or present it as a three-four-night York and Yorkshire Dales add on to a London programme. Pictured, Nicholas Ralph, the young James Herriot and Rachel Shenton as Helen Alderson at the World of James Herriot in Thirsk, where the backstory is revealed.

On Location in Oxford

Regular readers will know that I’m a great believer in tours that travel less, so that your guests can see more in the often limited time available. The university city of Oxford makes a perfect base for a three-night pre, or post cruise or London stay and to get the best out of the visit, take a themed walking tour that reveals filming locations for Inspector Morse, Endeavour and Lewis, Philip Pullman’s world of His Dark Materials and see where Alice in Wonderland meets Harry Potter at Christ Church College. Don’t forget that Alice’s Day is on Saturday 2nd July this year (see image).

The Blenheim Palace Flower Show and the Cotswolds

As many of your clients would not have been able to attend this year’s Chelsea Flower Show, why not offer two or more of your green-fingered customers the spectacular Flower Show at Blenheim Palace (see image). Taking place between 24th-26th June, enhance it with visits to the Savill Gardens, Windsor a hidden gem with Royal collections, and the rarely opened East Garden at Jacobean Hatfield House (location for the filming of The Favourite). With a spin through the Cotswolds, where the focus will be on gardens with fragrant and colourful displays of roses and a pub lunch on the way, this combination creates a very saleable pre-London three-nighter. 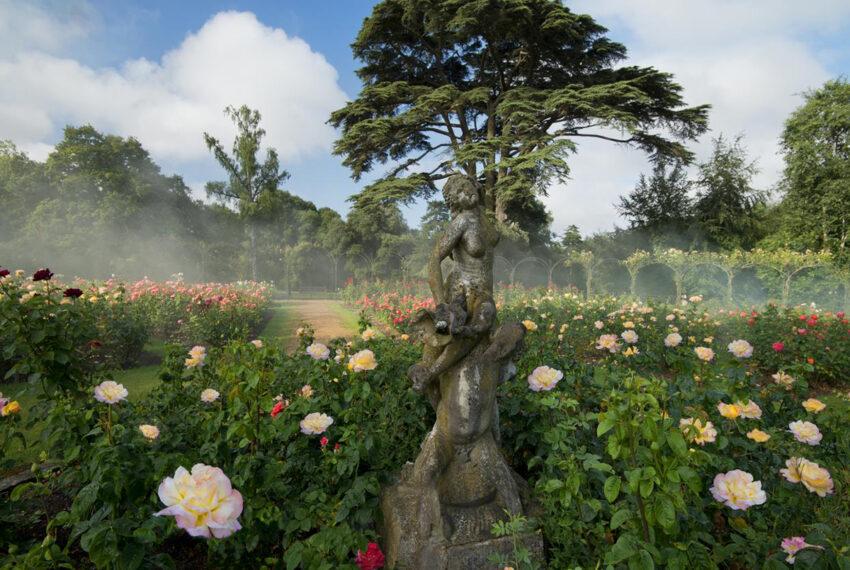 Less than an hour west of Dover, the stylish, cobbled citadel of Rye (see image) is an excellent base for side trips to the award-winning Pashley Manor, the historic house and garden at Great Dixter and Jacobean Batemans, the former home of Rudyard Kipling, the English writer and winner of the Nobel Prize for Literature. There are plenty of castles on Rye’s doorstep and, if you’re into Living History Experiences, be there on 15th-16th October and watch the annual re-enactment of the famous battle of Hastings. You can also celebrate the customs and manners of British Teatime at the British Tea Museum in Hastings’ Old Town.

Putting the Tea in Kent’s Castles and Gardens

Talking of afternoon tea, the former spa town of Royal Tunbridge Wells is well placed for a four-night programme that features morning visits to 13th century Hever Castle, Sir Winston Churchill’s former home at Chartwell, the world-renowned garden at Sissinghurst Castle (see image), and the wonderful house and garden at Great Dixter. Add to this afternoon visits and English Afternoon Tea at Penshurst Place, one of England’s greatest family-owned stately homes; 18th century Riverhill House and their Himalayan gardens; Leeds Castle, a royal palace to the medieval Kings and Queens of England; and afternoon tea with sparkling wine on the Kent and East Sussex Railway.

Castles and Cathedrals make another good theme for a customised tour of south-east England. Based in Canterbury, start with either a walking tour or a boat ride on the river Stour, which reveals the city from a totally different angle before taking a special tour of the cathedral (see image). Staying on for Choral Evensong is strongly recommended. The second day is spent delving deep into the famous white cliffs under Dover Castle before taking a close look at Walmer Castle, a Tudor fort transformed into an elegant stately home, and the menacing, austere and rounded bastions of Deal Castle, built by Henry VIII.

Bring On the Gluhwein and Mince Pies for Christmas in England
Bustling and colourful Christmas markets in historic settings, spectacular re-imaginings and illuminated trails around treasure-filled castles and stately homes, pretty villages and market towns in full festive mode, carol singers, sparkling and highly decorated Christmas trees all over the place, Glühwein, mince pies and ice skating outdoors at famous London attractions. Welcome to what’s happening across England THIS MONTH and, bearing in mind that they are all annual events, let me sow some seeds for some bright ideas that can be gift-wrapped to generate valuable extra commission in the run…
England’s Magical and Enchanting Worlds—Just Bring Your Imagination
With interest in travelling to the UK steadily growing, so are the number of ’email conversations’ I’m having with enterprising travel advisors who want to offer their customers some different aspects of their old friend Britain. Some of the customised travel experiences were hallmarked by a selection of the On Location visits highlighted a couple of weeks ago. If you missed them, you can see them again here. One of the most recent email exchanges was for a family looking for an imaginative countryside and London tour. They didn’t want…
Let The Kids Become Time Travellers: Living History Experiences in England
If you’re talking to a family about a visit to London during July and August, let’s add some hands-on, interactive living history experiences to their tailor-made itinerary. Our capital city becomes overrun with international visitors in the summer, and a very good case can be made for parking your jetlag in the English countryside so that they reach London, fully adjusted to Greenwich Mean Time. The starting point for this family adventure is Royal Windsor, and the reason is very simple. Being less the thirty minutes from London Heathrow, access…