Posted on March 10th, 2022 by David Cogswell in The Incessant Traveler

I am one who believes that travel is one of the last, best hopes for a world wracked with war, prejudice, hatred and greed. I embrace the quote by Mark Twain: “Travel is fatal to prejudice, bigotry, and narrow-mindedness, and many of our people need it sorely on these accounts. Broad, wholesome, charitable views of men and things cannot be acquired by vegetating in one little corner of the earth all one’s lifetime.”

I see travel as more than a business. It’s a mission, a striving for world peace and harmony. In the age of nuclear weapons and Mutually Assured Destruction, it is needed more than ever. It’s hard to meet people in other countries, see how much their concerns are the same as yours, and still think it’s okay to kill them.

So here we are in the midst of a terrible tragedy in Ukraine that was brought about as an act of choice by one man with too much power. No one knows where it’s going, how far it will go, or how much of the world will be dragged into this stupid conflagration. While innocent people are being killed or injured, driven from their homes and their country, or facing starvation if they are lucky enough to survive the bombings; it’s hard to talk about normal day-to-day concerns without acknowledging the ongoing suffering of so many Ukrainians… not to mention the Russian people, who have also been dragged into this against their own interests. 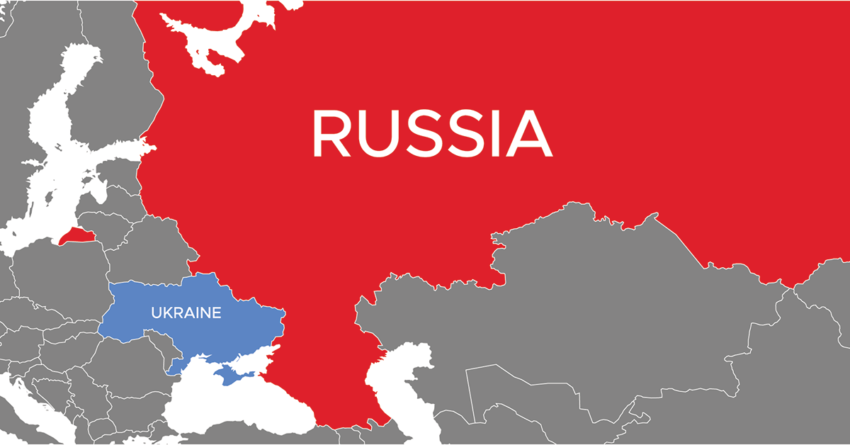 As a dedicated traveler all my life, it seems that most of what I know I learned from traveling. I visited Russia in the late 1990s, during the years of disorder after the Soviet Union collapsed. The Russian currency had dropped to 1/500th of its previous value, decimating people’s savings. I struggled to imagine what it would be like to have your currency shrink to practically nothing. The Soviet government’s guarantees of housing, health, and education had collapsed with the government. So, the Russian people were abandoned without protection. I could not comprehend how they were surviving. But somehow on the streets, life went on. They managed to withstand the blow, I don’t know how. Now they are surely facing more suffering, and I am reminded of the words of Gen. Yevgraf Zhivago in the movie Dr. Zhivago. “Even Comrade Lenin underestimated both the anguish of that 900-mile long front, as well our own cursed capacity for suffering.”

Employees in hotels who were serving us, the new influx of visitors from the West, seemed shell-shocked, bewildered by what had happened to them. Would this be their new way of life, to be menial servants of westerners, who had a superior position only because our currency was stable? It was all because of large forces neither they nor we controlled. It was a cruel fate for them, through no fault of their own. In that perspective, I can see why Putin emerged as a hero. He seemed to pull the country out of a terrible crisis, to take stewardship of the ship of state and guide it to safer waters. Time magazine named him Person of the Year in 2007, and said Russia’s recovery was due to the efforts of one man, though it also meant the jettisoning of the dream of democracy.

Too bad his ambitions went beyond those original aspirations, and now he seems to want to restore the Russian Empire to its state of eminence before the collapse of the Soviet Union, including its worst features: its tyranny, its militarism, and its ambitions of territorial expansion.

I am also a believer that every bad event will bring about some good. With the Russian Invasion of Ukraine, some good surfaced quickly. Like most others, when I saw the massive Russian military force lining up on the borders of Ukraine, I was filled with dread. How could Ukraine possibly defend itself against the massive military force Russia was amassing at its borders?

When I woke up Thursday morning, Feb. 24, to find that the invasion had begun, my dread steepened. It seemed inevitable that the Russian forces would soon overrun Ukraine’s defenses. Putin was issuing orders to the Ukrainian people to give up their resistance and surrender. I’m sure he thought his massive show of force would intimidate the Ukrainian people, and he could take over with little effort. Very quickly, however, his expectations proved false.

Ukraine has withstood the assault so far. If the Ukrainians had surrendered, they would have saved most of the destruction, killing and homelessness that has swept over the country. In mere physical terms, it would have been much easier. And yet they have made it clear that they want no part of Putin’s plans for them.

Now the feisty resistance of the Ukrainian people has captured the imaginations of people everywhere and galvanized most of the world to rise to the defense of the victim of Putin’s aggression. Individuals, businesses, and governments are bringing every form of pressure to bear short of all-out warfare on the behalf of the Ukrainian people.

Most of the world has come together to nonviolently oppose this invasion and, beyond that I think, to oppose this kind of military action. One man at the top of the pyramid of power in Russia could launch this invasion, to hurl the world back to World War II. But it seems that the world is saying no, this type of behavior is no longer an acceptable way to solve problems in the 21st century. Could it be that 100 years after “the war to end all wars” that we really have finally come to that? Has that kind of warfare finally become obsolete?

I think Putin, deluded by his own sense of absolute power, misjudged badly, and his effort, despite all his material advantages, will fail miserably. It’s sad that there has to be so much destruction and death for him to learn his lesson.

I am reminded of The Spanish Civil War, when the feisty Catalonians in Spain became the first people to rise against fascism. It inspired many people, such as Ernest Hemingway and George Orwell, to go to Spain to join the resistance. Orwell wrote, “When the fighting broke out on 18 July, it is probable that every anti-fascist in Europe felt a thrill of hope. For here at last, apparently was democracy standing up to fascism.”

As in those days, some democratic countries have floundered in the face of this new rise of authoritarianism. But it seems that the Ukrainians have inspired and galvanized the democracies to finally find their footing to oppose the authoritarian menace. I take heart in that.

I have never traveled to Ukraine. But now that the country has shown the world its great spirit, it is at the top of my bucket list. I know I will be among the tourists who will flood into Ukraine when this disaster is over to partake in their spirit of freedom and self-determination.

Cuba: Hope Springs Eternal
There are many ways to look at Cuba. From a strictly-business point of view, it’s a sad story. There’s never been any question that there has been huge pent-up demand by Americans to travel to Cuba. After more than half a century of being prohibited by their own government from traveling to what used to be considered one of the hottest vacation destinations in the world, of course there is demand. It’s 90 miles from Florida, a heavenly tropical Caribbean destination. But for practical purposes it’s blackened off the tourist…
Why I Don’t Ride Elephants
When I was in India I took an elephant ride. It’s an attraction that is offered tourists in countries such as India, Thailand, Vietnam, and Indonesia. The elephants were decoratively adorned with colorful weavings. I sat over the shoulders and rocked with the movement as the elephant walked up a hillside toward a temple. It was a thrill to be on the back of such a big, wonderful animal that was generously allowing me to ride on his back. I felt gratitude and friendship for the gentle giant. I admit,…
Uganda Calls to Responsible, Adventurous and Culturally Curious Travelers
Lilly Ajarova, the CEO of the Uganda Tourism Board, visited New York last week in preparation of Uganda’s rolling out of a rebranding campaign. The slogan for the country will change from “Uganda, the Pearl of Africa” to “Exploring Uganda, the Pearl of Africa.” It’s only one word changed, but as Mark Twain said, the difference of one word can be like the difference between lightning and a lightning bug. More important than the change of slogan, the tourism department is changing its idea of how to market itself and…