Bridgerton, Sherlock Holmes, the Magic Millions Festival, and The Beatles

Posted on April 8th, 2022 by Paull Tickner in Agent Perspectives

With series two of Bridgerton guaranteed to create interest in On Location visits to the city of Bath where much of it was filmed, think about combining it with visits to Stonehenge, Salisbury Cathedral and Highclere Castle aka Downton Abbey.

Similarly, for murder/mystery fans bring together Sherlock Holmes in Bristol and London, Father Brown in the Cotswolds and Endeavour, Morse and Lewis in Oxford.

In August, there are the thrills and spills at the equestrian Magic Millions Festival at Gatcombe Park, Gilbert and Sullivan light opera in Buxton and Harrogate, a Flower Festival celebrating Lincoln Cathedral’s 950th birthday, and the International Beatle Week in Liverpool—where the legends began.

Stand by for another delightful dose of Regency scandal and romance this spring. Series two of the Netflix smash-hit Bridgerton was released on Friday 25th March. This time, it follows the eldest Bridgerton sibling Anthony’s quest for love in the family’s high-society circles, while Lady Whistledown and her troublemaking quill keeps tabs on all the drama. Bath stood in for 18th century London in much of the first series, and the crew returned to film scenes for series two, which makes a trip to the city one of the best ways to enter the world of Bridgerton in real life. Combine it with an unforgettable visit to Highclere Castle aka Downton Abbey.


On Location With Sherlock Holmes and Doctor Watson

Bristol has played host to the Sherlock production team on various occasions since the series began in 2010, featuring Benedict Cumberbatch as Sherlock Holmes and Martin Freeman as John Watson as they take on a case load of strange mysteries. The Bristol Film Office has produced a trail map which helps you to follow in the footsteps of Sherlock and Watson and discover what was filmed in each location. Include it in a customised tour that starts in Oxford with Endeavour, Morse and Lewis, and takes in the Cotswolds with Father Brown. From Bristol, then make for Portsmouth to see the Study in Sherlock exhibition in the Portsmouth Museum before reaching London. 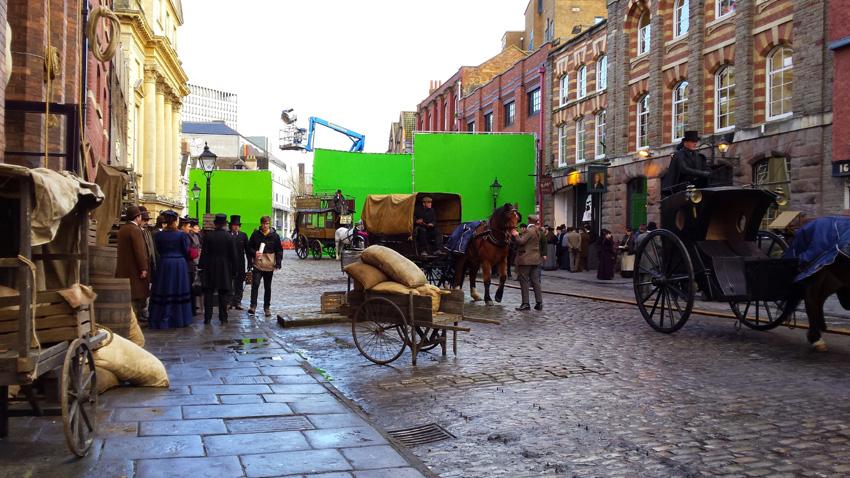 The Magic is Back

On August 5-7, huge numbers of equestrian fans will be returning to Gatcombe Park, home to HRH The Princess Royal, for the Magic Millions Festival of British Eventing. Cancelled by the Covid pandemic, it has been much missed for the past two years; and it will be back with the magical atmosphere of eventing that enthusiasts have come to expect. With thrilling cross-country action in the infamous park bowl that provides a true test for every rider, a whole host of family entertainment in the main arena, enviable shopping and extensive food offering all set in the beautiful Cotswold countryside, it is a weekend of thrills and spills not to be missed.

HMS Pinafore and The Gondoliers

From childhood, I’ve always enjoyed Gilbert and Sullivan’s operettas. Their light opera music is also popular in North America where there are thirty-four G & S societies in the USA that stage productions either exclusively or frequently, and another thirteen more in Canada. Many of them will know about the annual G&S festivals in Buxton (July 30 – August 6) and in nearby Harrogate (August 10-21); and this year’s programme includes the National Gilbert and Sullivan Opera Company presenting The Pirates of Penzance, Iolanthe and supporting productions of H.M.S. Pinafore, Patienc and The Gondoliers. Package them with several grand stately home and castles, a few nights in York, and you’re onto a winner. 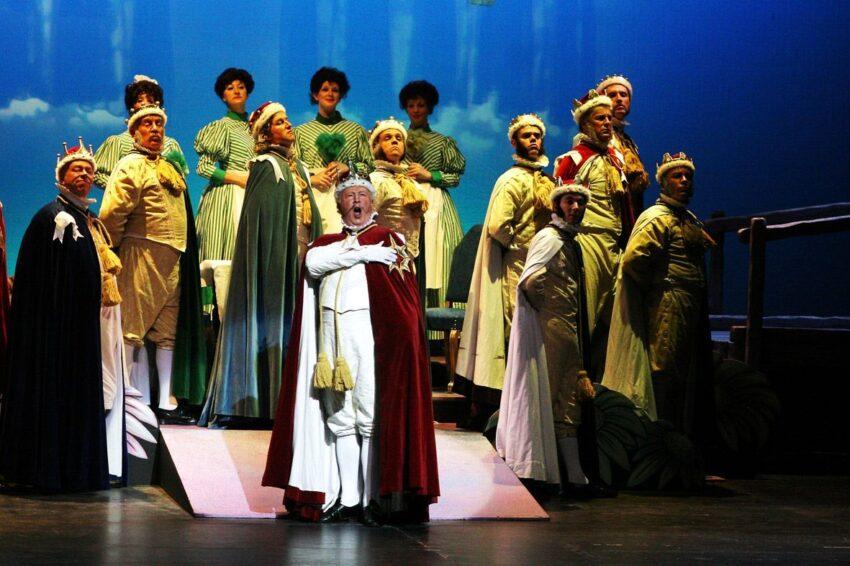 Saying It With Flowers

Sitting high on a hill and visible from up to 25 miles away, Lincoln Cathedral, one of Europe’s finest gothic buildings is turning 950 this year. A highlight of this year’s birthday celebrations will be the August 4-8 Flower Festival when stunning displays will blossom in every corner of the cathedral, bringing it to life in a unique and inspiring way. It will celebrate the life of Hugh of Lincoln, a 12th century Bishop of Lincoln, and other visionaries through poetry, theatre, film, and fashion alongside history, exploration and invention. There will be something for everyone, from the Mayflower Pilgrims’ journey to the New World to the moon landing and even Harry Potter. 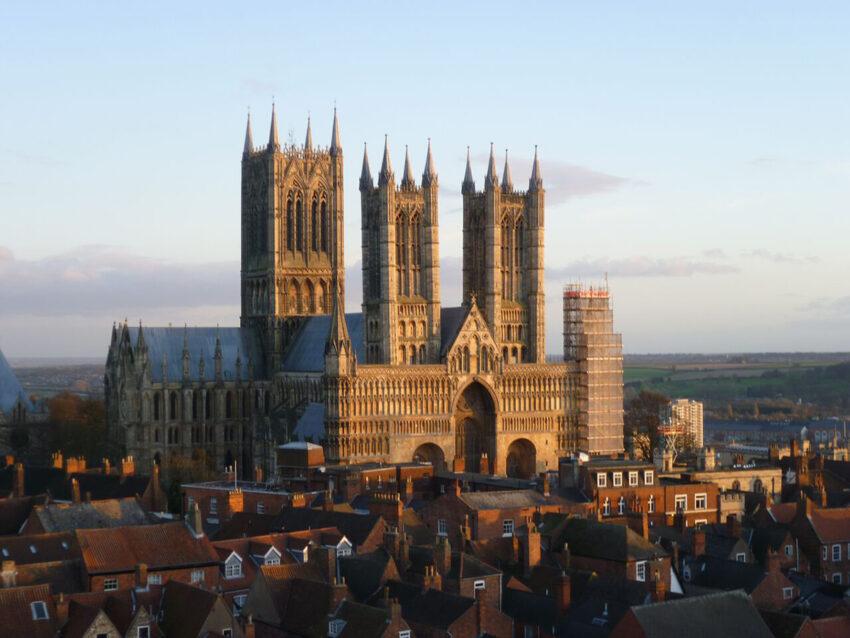 The long-established International Beatleweek Festival is scheduled for August 24-30. For seven days and seven nights, the music of John, Paul, George and Ringo will ring out from every nook and cranny across Liverpool. Seventy of the finest Beatles tribute bands and fans will celebrate the most famous pop group the world has ever known, in the city where it all began. While you’re there, make time to visit the award-wining Beatles Story, take a Magical Mystery Tour to Penny Lane and Strawberry Field, see the wonderful private collection at the Liverpool Beatles Museum on Matthew Street near the Cavern Club, and discover the Casbah Coffee Club where the legend truly started. 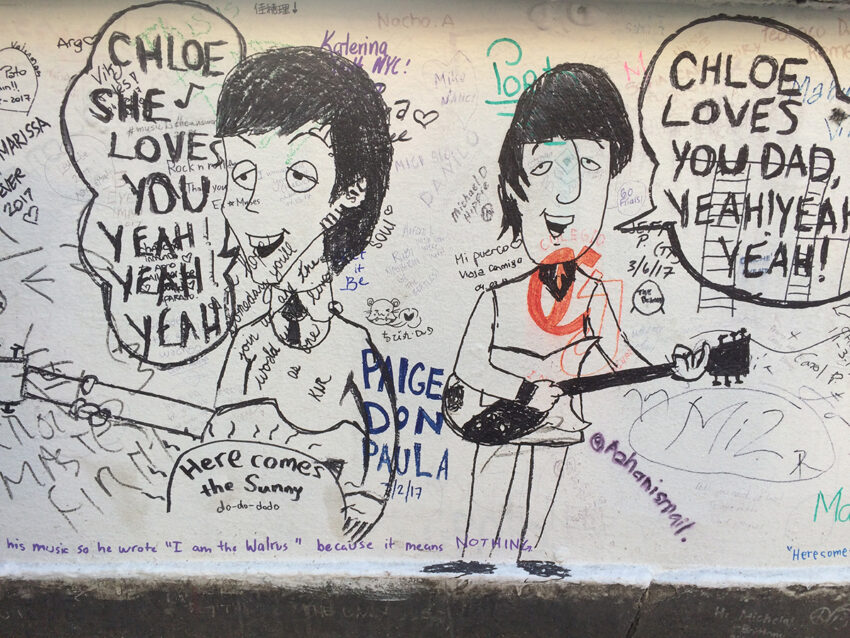 Take an Inspired and More Creative Look at Your Old Friend Britain
I’m always on the lookout for new ideas that will encourage you to keep Great Britain towards the top of the list of your must-sell destinations, and last Saturday’s ‘Excursions’ trade show at the Twickenham Stadium in London gave me a great deal of food for creative thinking. Organised by Tourism South East for the British domestic market, it showcased dozens of exciting travel experiences which when imaginatively pieced together produced several new ideas for clients flying or cruising in-or-out of the UK this summer.
Prehistoric Fossils, Award-Winning Gardens, Tess of the D’Urbervilles, and a Chained Library
Over the past few months, I’ve written a great deal about some of the English regions you may be familiar with; but this week, I’m sharpening the focus on a destination you may not have come across before. Welcome to the ancient county of Dorset, a less well-known area of stunning countryside and coastal scenery that can be traced back to the time of the dinosaurs and the Jurassic period. It has inspired great writers like Thomas Hardy and, among many other must-see attractions, is also home to no fewer…
The Beatles, a Military Tattoo, a Few Wee Drams and Sherlock Holmes
On Monday 8th November, the champagne corks were popping as we celebrated the lifting of the onerous transatlantic flight restrictions. What a long and difficult nineteen months it’s been, but at last the airlines are beginning to increase their London-bound lift. You can now start making some serious UK/Ireland plans for a couple of clients, four-six friends travelling together and, in due course, small groups of ten-twelve or more. For the next few months, many customers will continue to be cautious about criss-crossing the pond. I believe that you and…

Share your thoughts on “Bridgerton, Sherlock Holmes, the Magic Millions Festival, and The Beatles”