Posted on April 4th, 2022 by Mike Marchev in Mike's Monday Cup of Mo-Joe

If positioned properly, losing can become a positive launching point.

It might not have been my first failure, nor should it be considered my greatest failure; but I clearly remember the first time I began feeling like a loser. I was maybe 10 or 11 at the time, playing for a Major League Little League Team. These were the big boys and supposedly very good at our trade. I was a proud member of The Hawks.

When opening day came and went that year, we were 0-1. Nineteen games later, when the last out of the game was recorded at the season’s end, we were 0-20. Putting on a pair of rose-colored glasses, that single feat was almost impossible to duplicate. Very few teams can consistently perform that poorly over a span of approximately ten weeks. (I might add that the New York Mets gave it an honest try in 1962 a few years later.) 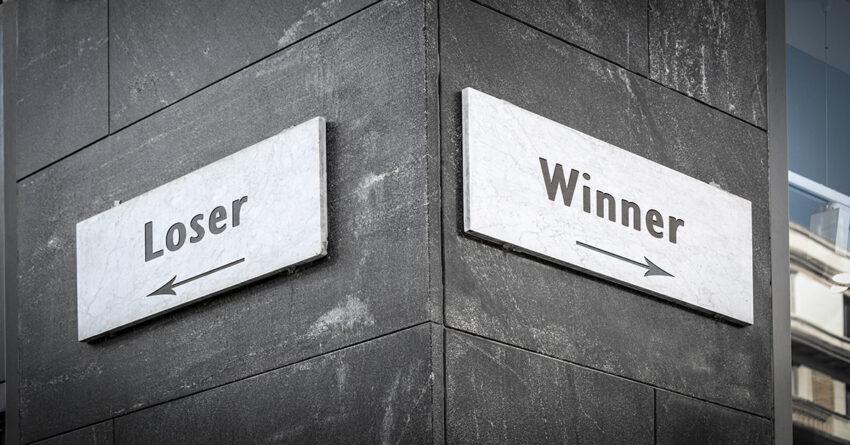 I forget exactly how I felt when reporting back to my parents after each game. “Mom, came in second again.” Thinking back on our unblemished record of futility, I can’t help but think that as young boys, we were becoming accustomed to losing. If you let it, losing can become habit forming. After a while, it did not seem to hurt as much. I don’t think we had a monopoly on this negative way of approaching each game. We just did not expect to win.

The question I now have nearly 60 years later is this: Did we learn anything from our shortcomings week after week? Did we get back to work focusing on those areas of the game that needed improvement? Did we continue to lose for different reasons or were we just plain awful? Did we have a coach who cared and who knew how to coach?

I am reminded of one of my favorite books titled Oh! The Places You’ll Go by Dr. Seuss. (If you have not done so already, I highly recommend you pick up a copy of this book as fast as you can drive down to Barnes & Noble… or click online from Amazon.)

In entertaining Seuss fashion, this book reminds us that there will be days when we feel like losers. But, by life’s design, you will soon find yourself heading back toward the promised land… that is, if you don’t quit on yourself and you actually believe you deserve to win now and then.

When your dreams do not unfold as initially planned, or as timely as you might have imagined, rather than punch a wall or kick the cat, try earnestly to see if there is learning lesson hidden between lines.

Remember, your clients and prospects are not singing from the same song sheet. They all have agendas of their own. You will find yourself losing from time to time. The secret is not to go 0-20. But if you insist, 1 for 20 is a clear indication you are making a comeback.

Two “Uncomfortable” Situations That Never Need to Happen
There are a few phrases I hear myself saying more often these days. One of which brings me back to my early years, when I spent summers on my grandmother’s farm. “Make hay while the sun shines,” reminded us that when you made a living which depended heavily on the uncertainty of the weather, it was in your best interest to take advantage of favorable conditions while they presented themselves.
The Sunday Driver
I recently read a post from Seth Godin which got me thinking. (His words usually do.) He referenced the early automobile and how roads were built to provide a path for leisurely drives out into the country. Families would take a ride on a Sunday to enjoy the scenery and perhaps stop along the way for a picnic. Hence, the concept known referred to as the Sunday driver. You can picture pops behind the wheel, with mom and her bonnet secured tightly around her neck bouncing along a dirt road…
A Cup of Coffee With President George H. Bush
This is another true story that comes attached to a very pertinent message. Almost everybody has somebody they would like to meet. This may be a movie star, a sports celebrity, an author, or a TV personality. It may be a politician, a famous physician, or even the guy or gal living down the street. People are quick to identify their “wish-lists” but, more often than not, they fail to do anything proactively to make a future introduction. Not long ago, I asked my wife if there was anybody she…

Share your thoughts on “Losing Isn’t Just For Losers”