Posted on April 15th, 2022 by Britton Frost in Deck Plans

My sailing onboard Viking Radgrid was beyond my wildest dreams. From wonderful meals and service to comfortable and stylish accommodations, Viking continued to surpass my expectations throughout the week I spent with them on the Seine.

Viking is the most well-known river cruise company in the world – so much so that its name has become almost synonymous with river cruising. Sometimes, because of this, the company isn’t taken as seriously as some of its competitors.

“They sometimes call us the IKEA of the rivers,” one of the members of the crew said to me. I couldn’t help but laugh at the comparison of the two Scandinavian companies – IKEA being a Swedish company and Viking founded by Torstein Hagen, a Norwegian. I think that, in some ways, I can see how Viking is like IKEA: innovative, modern, stylish, minimal, technical, and budget friendly (whatever that means).

Because of its well-known name and “affordable” price point, Viking is, by far, the most accessible river cruise company for those looking to sail the waterways of Europe. So, why weren’t my expectations going into the sailing
higher than average? Well, for starters, I thought Viking was for old people.

Those of us familiar with river cruising know that this mode of transport tends to draw out an older crowd than others. At 26 years-old I am far from the river cruising demographic, which now seems to be made up of travelers between ages 50 and 70 on average. Years ago this demographic consisted of older travelers, but the addition of differently styled itineraries and excursions have filled the gaps once left by the industry and allowed travelers of all ages to explore the beauty of the rivers of the world. I thought that Viking had shied away from these changes. Sure, Viking has expanded its reach globally with new expedition and Mississippi River cruise experiences but, from the outside, it didn’t seem as though the company cared as much about expanding its reach on the rivers of Europe.

How wrong I was.

Viking’s strength comes in its consistency and ability to continually deliver a quality experience. During an entire week on the Seine, there was not a single meal, excursion, glass of wine, crew member, you name it, that strayed from the precedent set at the beginning of the sailing. This is the same thing that Viking has been doing since its start in 1997 and, by delivering a quality experience time and time again, it has allowed them to grow tremendously through repeat clients and word of mouth alone. (But even without word of mouth, those PBS ads sure are doing the trick.)

Most of the cruise companies hate when I ask about demographics, stating that river cruising is for a multitude of travelers of varying ages and abilities. Chairman Hagen is almost the exact opposite when speaking about Viking passengers. He has a very clear idea of who his passengers are: well educated, English speaking and over 55, to name a few. Viking isn’t grasping for demographics that it doesn’t have, going as far as to ban travelers under 18 from its sailings, its continuing to deliver what the current demographic desires. 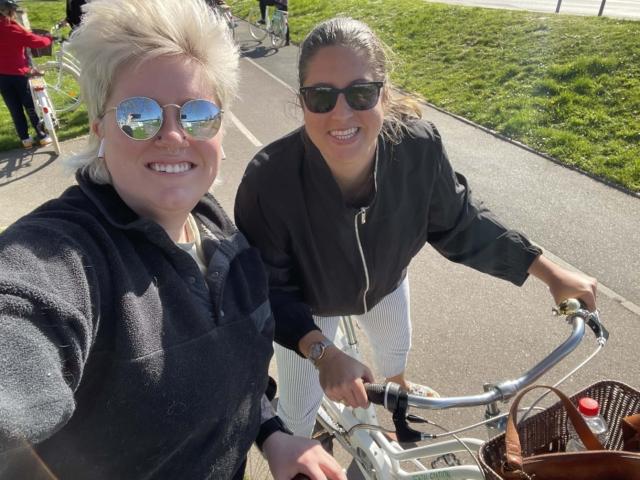 Even though Viking knows its demographic clearly, I would still argue that it is a wonderful experience for passengers of all ages (those over 18, that is). Excursions were moderately paced, with active excursions like bike rides offered in select ports. And for those who prefer a quicker pace, there is always the option to explore on your own. I ventured into Paris with a group of friends one day and we hustled, as much as one can in the crowded city streets, through town to see as many sites as we could manage.

So, there is definitely fun to be had for those other than seniors. 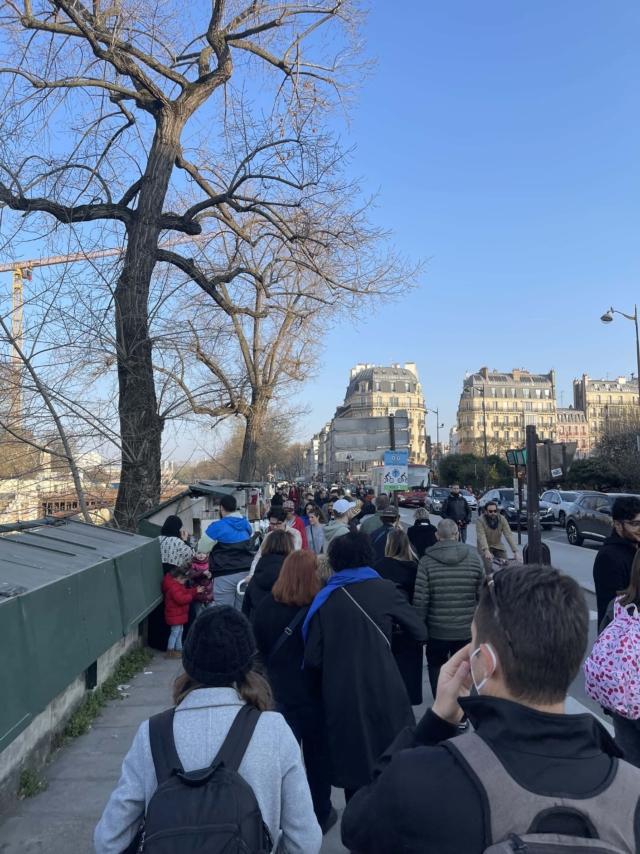 The most special part of the sailing was undoubtedly the crew. It seems that every time I get off a ship I find myself saying, “That was my favorite crew I’ve ever had.” In fact, I said it about the crew on Viking Jupiter, one of Viking’s ocean ships. So, will I make that statement again and swear that it’s true? Absolutely. 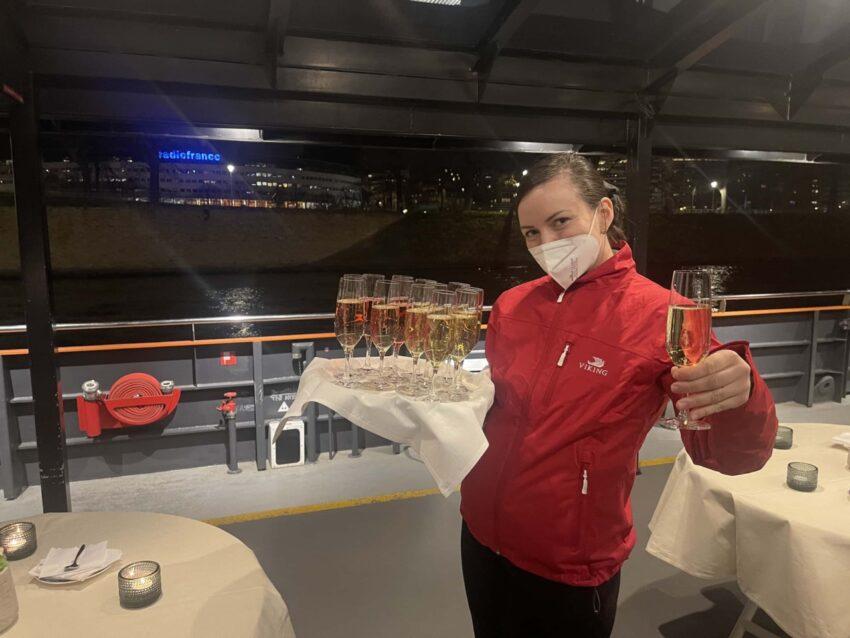 This was one of the best crews I’ve sailed with. They were extremely professional, quickly learning to anticipate the group’s needs and preferences. The thing that struck me, though, is that they seemed so relaxed. Most of the crew members picked up quickly on my sarcasm and sense of humor. They remained casual with me, which they know I desired, but continued to deliver some of the best service I have ever received. Again, consistently. 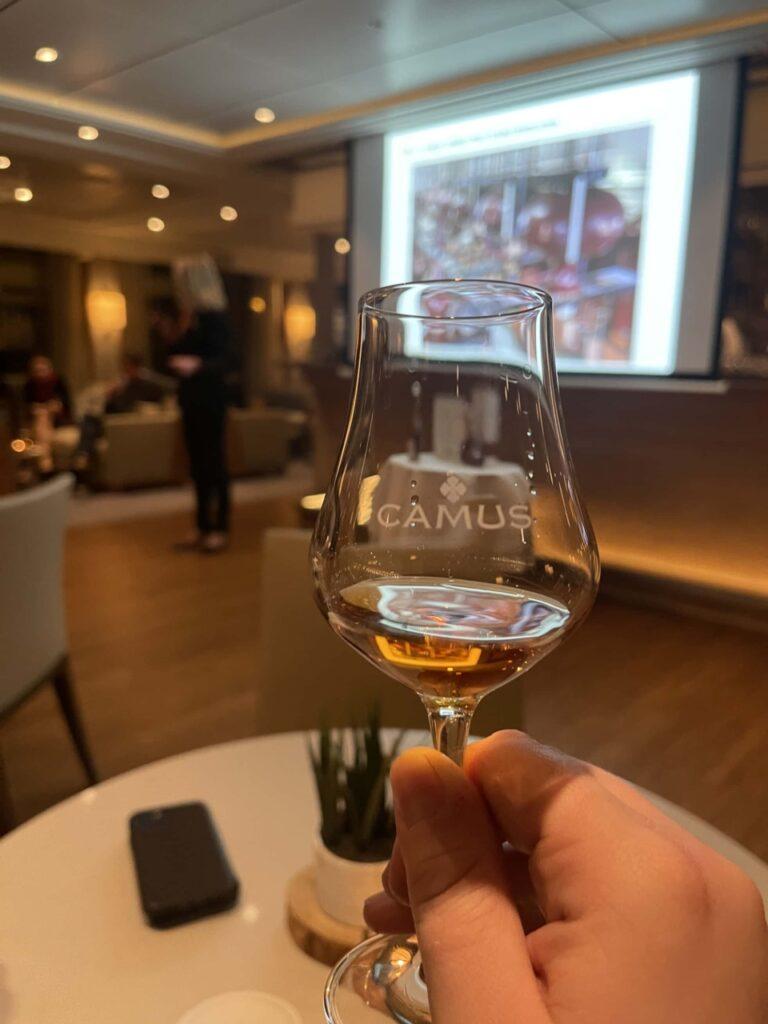 The final piece of the puzzle, and what really set this trip apart from others for me, is what I am going to call the Viking magic. There were carefully curated experiences and surprises that kept me smiling throughout my journey. For example, after biking through Giverny we ended up along the river bank, met by a guide for a small snack of macaroons and a camembert and apple pastry from a local bakery and an award winning apple cider from a nearby orchard. This magic moment was topped only by a Camus cognac tasting, which was then overshadowed by a nighttime sailing through The City of Light on a small, open air boat. The most spectacular (and magic) moment, however, was a cheese tasting in the lounge of Viking Radgrid. 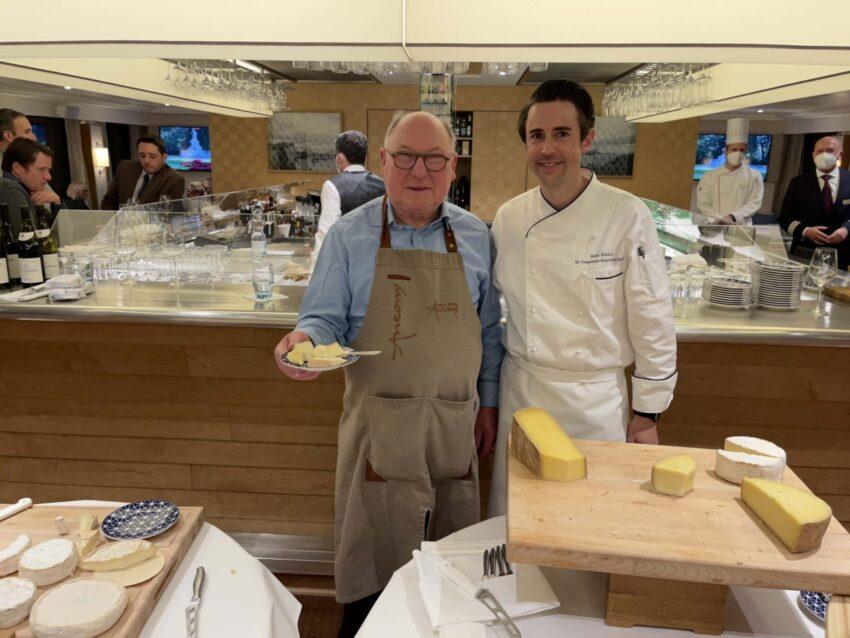 Cheese is always magical, let’s just get that out of the way. However, a cheese tasting lead by “cheese guru”, Bernard Antony, is just about as magical as it gets. Antony joined us for an evening to show us some of his most famous cheeses; cheeses he delivers to Michelin star restaurants all throughout France. Just days before joining us onboard Viking Radgrid, Antony shared his cheeses with the President of France. He imparted some of his cheese knowledge onto us with the help of his translator, Viking Radgrid’s chef, and led us through a tasting.

While I say that Viking’s strong suit is its dependability, the company leaves plenty of room for surprises on its sailings. I don’t want to ruin any more of those surprises for you, but I will encourage you to check them out yourself. One thing that will never be a surprise, though, is Viking’s commitment to delivering an unforgettable experience for each and every traveler onboard its ships. Consistently.

This article was originally published at the River Cruise Advisor.

Douro River Cruise 2022 Pricing Charts
Douro River Cruise Prices 2022 is part of a continuing series of comparison charts and articles featuring European River Cruises offered by world class river cruise lines. Our goal is to provide a True Per Diem for each cruise, or the daily cost breakdown of the trip once all extra fees are added to the cruise fare.
AmaSiena: My Overall Impressions
At the end of August, I was invited to sail on AmaSiena on its christening cruise. This invitation was a big deal, not only because it was a christening cruise but also because this was my first cruise back since COVID. Over the past few weeks I have shared how I prepared for cruising during COVID as well as my first impressions of the sailing and what it was like to be back on board. I also interviewed my cruise manager Martina, and held a webinar about my experience on…
A Letter From Viking Radgrid – Paris In The Spring
Last week I said a brief hello from the Seine. It’s hard to believe that last weekend I was bicycling in Giverny looking at paintings by Claude Monet. My entire Saturday was spent wandering through the streets of Paris with friends, both old and new. Was that the most obnoxious paragraph I’ve ever written? …probably. But thanks to Viking River Cruises I was able to live my best life in France last week. I want to talk about Viking and its wonderful new ships and the beautiful event that I…

Share your thoughts on “Viking River Cruises: Consistency Is Key”