10 Tips for Seniors Who Love to Cruise with a Camera

Posted on May 11th, 2022 by Steven Frankel in Point-to-Point

If you’ve ever used a Kodak Retina folding camera or a Rolleiflex twin-reflex, you’ve been obsessed with photography for a long time.

Retinas were to Eastman Kodak what Cadillac was to General Motors. For 55 years, from 1934 to 1969, these German-made 35mm folding bellows cameras were at the top of the camera food chain. They had f2.8 or f3.5 50mm lenses—just like many cameras made today—and were the ultimate choice for vacationers seeking a camera they could take to Europe or the family cottage. Retinas could fold up to fit in a jacket pocket or purse. Models in good condition can take great photos today with 35mm film.

Rolleiflex’s were also made in Germany. They were comparable in lens quality and build to Leica cameras which are still being made. Many professional photographers and journalists considered Rollei’s the ultimate in quality for 50 years, from 1929 to 1979. They were fast, utterly reliable, and became cameras of choice for correspondents and portrait photographers. The Rollei’s 2¼-inch square film format was larger in area than any digital medium-format cameras selling for $12,000 and up today. Weighing just a pound, it was also much lighter than any medium format digital model today.

So, if you fondly remember Retinas and Rollei’s, what do you buy today if you want a travel camera outfit that is small enough for you to handle and doesn’t cost a boatload of money? Here are some ideas. 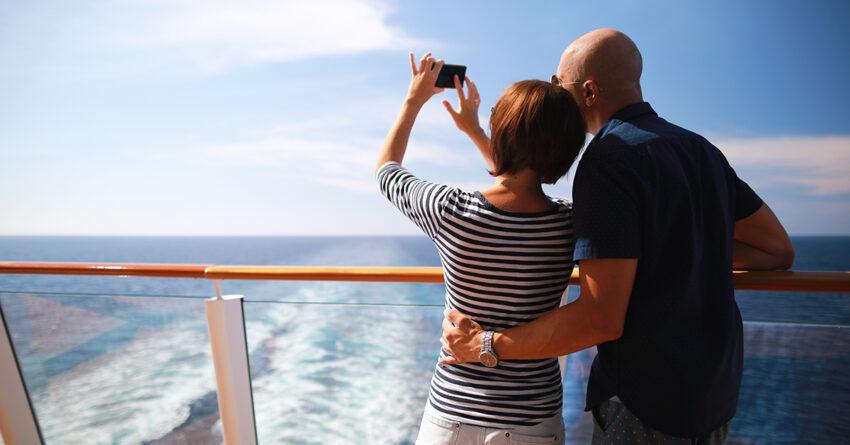 Point & shoot cameras come with a lens that doesn’t detach from the camera body. Both the Retina’s and Rollei’s fit this definition, and it didn’t detract from their appeal. Many buyers were top-notch photographers who didn’t want to choose between several different lenses or juggling lenses when they would rather be shooting.

Some serious point & shoot cameras that are easy for seniors to handle include the following:

TIP TWO: Lighten up on all your photo gear.

Since shipping your photo gear as baggage is probably the most dangerous threat to your camera and lenses, you should limit yourself to what you can fit into a small camera bag. This usually comes down to a point & shoot model, or one camera body and 3-4 lenses. Fit the camera bag inside your wheeled carry-on that generally has a 22-pound limit on international flights. Use the remaining space in your carry-on for meds, jewelry, passports, laptop, and tickets. Or you can also make your camera bag your “Other Personal Item” and keep it under the seat in front of you if it can fit completely underneath the seat.

TIP THREE: When it comes to cameras and lenses, smaller is usually better.

There are few enthusiasts with cameras—especially those who shot with a Retina or Rollei—who need to schlepp a full-frame camera (unless it’s the Leica Q2 or a Sony RX1) on a journey of 10,000 miles. Instead of the full-frame cameras with interchangeable lenses, focus on cameras with APS-C, Micro-Two Thirds, or one-inch sensors. Their lenses are typically half the cost and weight of their bloated full-frame brethren, yet they deliver quality enlargements and may also be easier to focus.

TIP FOUR: Shoot lots of photos with the gear you will take on the trip.

While it’s tempting to buy a new camera or lens right before leaving, this isn’t usually a good idea. It would be best to practice with your new toys until you’re comfortable changing batteries and lenses, shifting from auto to manual modes, and using the focusing options. Buying earlier also provides time to try out your purchases and return items before the refund period ends.

TIP FIVE: Insure your gear by adding an “all-risk camera floater” to your homeowners’ or renters’ insurance.

Such policies typically cost only $200-300 a year for $3,000-$5,000 worth of coverage, and they’re well worth the cost. The insurance should cover theft, “mysterious disappearance,” and dropping your camera on the sidewalk or off a pier. It will take much of the worry out of walking around a strange city with your camera.

Try to dress and act like the locals surrounding you. That means no expensive watches or rings unless you’re in San Tropez or Monte Carlo at night, no bulging camera bags, nor gear adorned with Nikon, Leica, Sony, or Canon logos. Some professionals go further. They will put a small piece of tape over the brand names or logos on the camera itself. The red Leica ball and the large white lettering on black Nikon, Sony, or Canon bodies say: “Please steal me.” Remember that theft is no more likely to happen in Paris or Tel Aviv, than in Washington DC or Los Angeles.

TIP SEVEN: On the street, limit yourself to carrying one camera body and a few lenses. Leave the camera bag in the room with the lenses you won’t be taking.

Mount the lens you think you will use most often on your camera and carry the others in jacket pockets. That way you can change lenses in seconds without even setting the camera or lenses down.

TIP EIGHT: Unless you’re shooting with a point-and-shoot camera, buy a mix of zoom and fixed-length lenses.

Why have fixed-length lenses survived? Because they’re lighter, less expensive, sharper, and faster (smaller f-stops) than their zoom counterparts. I own the APS-C equivalents of a very small 28mm, 40mm, and 85mm prime lenses plus an 85-200mm zoom. The zoom costs and weighs more than the other three lenses combined.

TIP NINE: Vary your lens mix depending on what, when, and where you’ll be shooting.

If I shoot primarily indoors or during the evening, I’ll bring the small & fast f1.4 40mm and 85mm lenses. The 85-200mm zoom is too slow (f3.5-f4.5) for most indoor or shooting at night without a flash, and its 7-inch length when mounted on the camera sometimes attracts unwelcome attention.

If I’m mainly shooting outdoors, the 85-200 zoom and the 28 mm “pancake lens” that’s only ½” long are my first choices. The zoom can produce razor-sharp images from 50 feet away; I like to set the 28mm on autofocus, and auto exposure, and blaze away without being noticed. If it’s a sweltering day, or I must do a lot of walking, I’ll substitute the tiny f1.4 85mm lens in place of the heavier zoom.

TIP TEN: Let your smartphone be your backup or your only camera.

When I’m on a cruise with my wife, she shoots with her iPhone 13 Pro Max. The only instances where my Leica is better is when I’m:

In most other cases, you can’t tell the difference between her photos and mine. Since the iPhone is weatherproof and permits you to share photos in a few seconds, it’s a better camera in some situations. Since it’s always with you, don’t hesitate to consider it your backup camera.

Two Disruptions for the Cruise Industry
When the curtain comes down on the 2022-2023 cruise season, the two most influential cruises lines for the rest of the decade may be Azamara and American Cruise Lines. Azamara has been leading the charge towards port-intensive cruising, and American Cruise Lines is introducing a dozen new ships that may change cruising forever. Azamara’s Port-Intensive Cruising Experiences Even when owned by Royal Caribbean, what set Azamara apart from the other premium ship brands was its emphasis on what it called “port-intensive cruising.” This means scheduling one or more overnight stops…
What’s Likely to Happen to Cruising During the Next Five Years
The best evidence that the cruise market is in flux and subject to wild changes is that Douglas Ward’s Berlitz Cruising & Cruise Ships hasn’t been updated since 2020. The Berlitz Guide used to sit on most travel agents’ desks. For 35 years, it could be counted on to give clients a two-page summary of every vessel promoted to clients by American travel advisors. It was more than a mere directory. The 754-pages of the 2020 edition rated the accommodations, cuisine, and service on each ship. It was the final…