Galicia and the Spanish Old World

Posted on May 19th, 2022 by Joey DeLoach in Departures 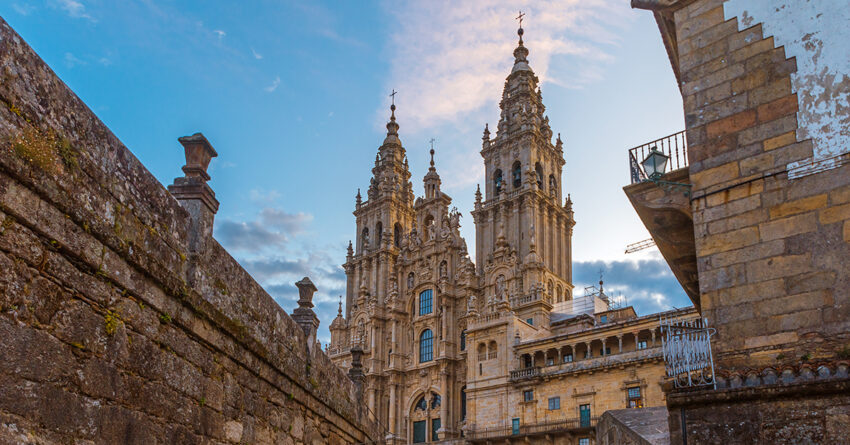 Being a commonly visited country, Spain often brings up an image of grand churches that inspire faith in the eye of the beholder—perhaps pictures of flamenco dancers, as they seduce an audience into a story of love and passion. These are accurate portrayals of a country that charms the traveler. But, Spain is a diverse destination, one that brings the culture of surrounding nations together in harmony. In the northwest sits Galicia, an ideal look at this cultural harmony.

A Walk Through Holy History

Galicia is a region in the furthest northwest of Spain. And, with this location, comes the final stop along a pilgrimage route traveled since the middle ages. Often called the Camino de Santiago or the Way of St. James, there are five main paths leading up to this point. Though the most traveled is the Camino Francés (French Way), which starts in St. Jean-Pied-de-Port, France. It stretches a path of 560 miles and provides a view of mountains, meadows, vineyards, valleys, and moors. The Camino de Santiago is a unique experience, regardless of the distance traveled, and ultimately ends at the town of Santiago de Compostela—more precisely, the Santiago de Compostela Cathedral. Travelers can traverse this pilgrimage by bicycle or foot. It has been a transformative experience for hundreds of years, as people travel the path for the calm and meditation it was originally intended to provide.

Mentioned in the previous point, the city of Santiago de Compostela is the capital of Galicia. It is a place where the old world reaches out to the new, a place of small bridges connecting different parts of the city and an old town with small lanes to explore—also considered a UNESCO World Heritage Site. Nightlife lets the traveler revel with the locals in the old and new town. For lodging, the Parador of Santiago has been the refuge of relaxation for the pilgrims along the Camino de Santiago since 1499. As one of the oldest functioning hotels in the world, a mix of history and art combine to make the Parador a classic choice for the traveler. A walk along the stone streets of this city inspires a sense of romance and awe in simplicity, and is perfect for the traveler to truly see Galician culture in the heart of Galicia.

The autonomous region of Galicia has more than a charming capital city and an ages-old route of pilgrimage. With coasts bordering the Atlantic Ocean and the Cantabrian Sea, villages like Viveiro offer a coastal view with hills leading inland. The Beach of the Cathedrals will show the traveler rock structures carved from the tide of the Atlantic, where large arches made of rock demonstrate the power of nature. Finding Celtic ruins, particularly around Monte Santa Tecla and Castro de Baroñ, adds to the natural wonders of the Galician landscape.

Inland, the Sil River is perfect for a slow sail along plains and hilly banks. Also along this river are the terraced valleys where Ribeira Sacra, a Spanish white wine, is made. An idyllic sight and great for tastings. Known as one of the oldest wine-making regions in Spain, the area’s wine-making dates back to Roman times. And, though it isn’t the capital, Vigo is the most populated city in Galicia. As one of the most important fishing ports in Europe, the seafood meals are always fresh and prepared in Spanish stylings that will wow the traveler’s tastebuds. Add in a stopover to Cambados for a taste of Albariño, considered to be the best white wine in Spain—and Galicia will be just the vacation travelers are seeking.

Journeys Through the Iberian Peninsula with Petrabax
As Spain and Portugal rise in popularity for travel, Petrabax has been showing the Iberian Peninsula to travelers for almost 40 years. With an array of ways to take care of the traveler, they have created tours from a unique point of view—one that originates from the owner and operators hailing from the northwestern region of Galicia. From life-changing paths to a future one-stop shop for agents, Petrabax has one foot firmly set in showing the past and another stepping into the future of travel. Petrabax is family owned and…
Prague’s Day Trips
In the center of the Czech Republic, also known as Czechia, is Central Bohemia—a region that surrounds the city limits of Prague, and covers almost 14% of the total area in Czechia. Thick forests, towns that are photo worthy and castles all around, Central Bohemia is a charming land for a relaxed trip into Europe’s historical settings.
The Journey AND the Destination: The Wonders of Northern Canada by Rail
Untouched wilds have always been a draw in Canada’s north. With glass-like lakes surrounded by thick forests of coniferous trees and the snow-covered landscapes of mountains and the arctic tundras, northern Canada is an adventure of scenery. The addition of watching polar bears in their natural habitat, or hanging out with beluga whales, and northern lights that illuminate the skies make for a one-of-kind trip. This is particularly true on VIA Rail Canada’s adventure route, which provides a panoramic dome for maximum viewing pleasure.

Share your thoughts on “Galicia and the Spanish Old World”