Posted on May 13th, 2022 by Cheryl Rosen in The Rosen Report

After months of isolation that have made people long to reconnect, a number of industry players are launching new services designed to bring travel advisors—from top sellers to brand new entrants—together in new and unique ways.

The biggest is The 1000, an ambitious effort to find, honor, and support 1,000 of the nation’s top-producing travel advisors (think $1.5 million minimum in annual sales).

Founder Jeff Sirota—whom many know from his past life on both sides of the industry, at Protravel and at Small Luxury Hotels of the World, now a partner at hospitality representation company J.MAK—says leisure salespeople have such a broad customer base that it’s “really difficult to drill down in a sea of advisors to find the top producers.”

Often salespeople “blindly comp or do favors for” advisors who win awards from their consortia, Sirota said—“but when we asked the consortia what the qualifications were for their award winners, it was never based on their black-and-white book to business.” 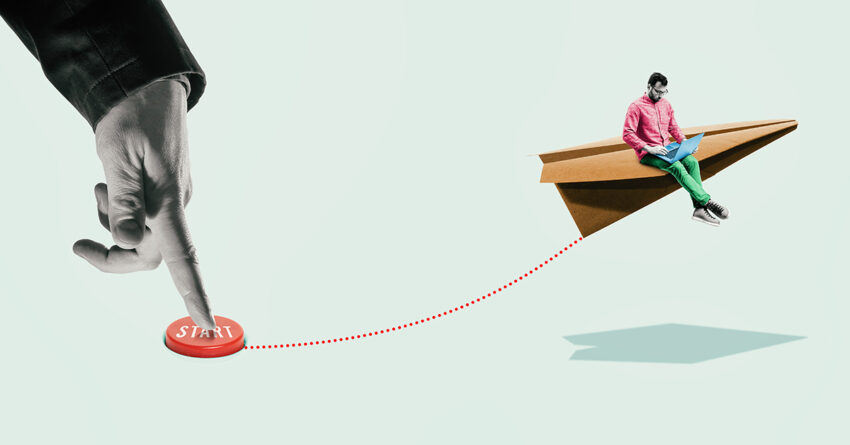 So he and his partner Tim Morgan, a former VP at TPI and Virtuoso in Canada, decided to “cut to the chase and drill down to who are the advisors that really do business.”

Applicants must get proof of their personal sales from suppliers or their consortium; for now, sales of those accepted on the list are running between $1.5 and $3 million, though one sold a whopping $12 million.

For now, “the crux is recognition,” Sirota says. About 250 travel advisors with average sales of $2.3 million have been approved to say they are among The 1,000 and to use the recognition in their advertising.

In the long run, though, the point is not just to brag or get extra amenities for customers, but to “create a collective of advisors to share ideas and best practices. They are interested in engaging with others who can relate to what they are going through on a day-to-day basis. That’s what is going to bring value to the table,” Sirota says.

There is no fee for travel advisors to join, though they plan to offer some fee-based programs by the end of the year.

“We’re asking the new members to help us build this out, and eventually we anticipate exclusive opportunities, like being invited to the inaugural of a cruise ship or a unique fam,” Sirota says. “And we will have an internal discussion board so advisors can share best practices and ideas.”

Angela Hughes of Trips & Ships Luxury Travel says she was hesitant when she first heard about The 1000—and she’s still on the fence, to be honest. But she did join up.

“I don’t think customers will be running to me because I’m one of the 1,000 best. But when I saw that everyone’s sales were at least $1.5 million, I thought that really does take us up a notch,” she says.

She herself is on track to sell about $2 million this year, thanks to her specialties in luxury, Africa, exotics, the Middle East, and Europe—and especially three big incentive programs she ran in Africa, and some small groups coming out of Covid.

While the sales are all hers, and not those of independent contractors working for her, she does have assistants; “if you are going to be doing $2 million, you need a team,” she says.

From Agent to Trainer

“You can’t get into this industry without a mentor,” she says. “So I’m putting together Zoom classes and, if they want to, they also can hire me to help them walk through things.”

After decades of owning an agency and years on ASTA boards, Prochilo often finds herself fielding calls from other travel advisors looking for a tip or a shoulder to lean on. “It’s a great feeling for me to help someone—and at this point, I like it better than selling travel,” she says.

Fees for classes, which she hopes to launch by fall, will be “under $50.”

Prochilo already administers a Facebook page called Experienced Travel Advisors Helping New Agents—and now will do something similar face to face. “If you need help with a booking, tell me who the supplier is and I’ll walk you through it,” she says.

The Directory is part of the Travel Advisor Resource Center (TARC) Gould is putting together, which he describes as “a one-stop shop to connect the travel industry.” The center will offer training programs, as well as an industry calendar of events; a sales Strategies Facebook group; and the Travel Supplier Directory, where travel advisors can add resources they have used—a small hotel in Greece, for example, including the name of a contact person there.

He’s been building the database for 12 years for his own staff, he says, and when others started to ask for it decided to make it public

Just Holding On: Travel Advisors Seek Options for Four-Hour Telephone Hold Times
Part 1 of 2 on what travel advisors say is the biggest issue in the industry. Follow us next week for Part 2, as suppliers respond. Angela Hughes is feeling lucky that her $2 million in personal annual sales allows her to hire a team of assistants. She uses them to hold the phone for her—often for hours at a clip—when she needs to call a supplier. “Right now I’m trying to close a group of 50 for 2023—but I can’t get any space, and we have four-hour wait times…
The Four-Hour Hold: Travel Suppliers Respond to Advisors’ Complaints
Part 2 of 2 in a series on how to cope with long telephone hold times. Read Part 1. Gilligan might have regretted booking his three-hour tour on the S.S. Minnow that turned into a 60s TV show, but today’s travel advisors have come to rue their own travel nightmare: the four-hour telephone hold times involved in trying to reach some suppliers. At AmaWaterways, chief marketing officer Janet Bava noted that call volumes skyrocketed when Europe loosened its travel guidelines in March. “We saw a huge influx in demand, and…
RCCL Leaps Into World Cruising
It’s a traveler’s dream vacation, and a travel advisor’s dream commission—even a sign of hope that one day soon the world will be open and the seas free to roam. So, of course, Royal Caribbean’s announcement of its first-ever world cruise, the longest in the industry at 274 nights, made some headlines this past week. And for some travel advisors, it actually did get clients calling. While some said it was too long (especially for customers with pets) and some said it was too expensive for the traditional RCCL cruiser,…