Elvis has left the chapel

Posted on June 6th, 2022 by TRO Staff in Soundings 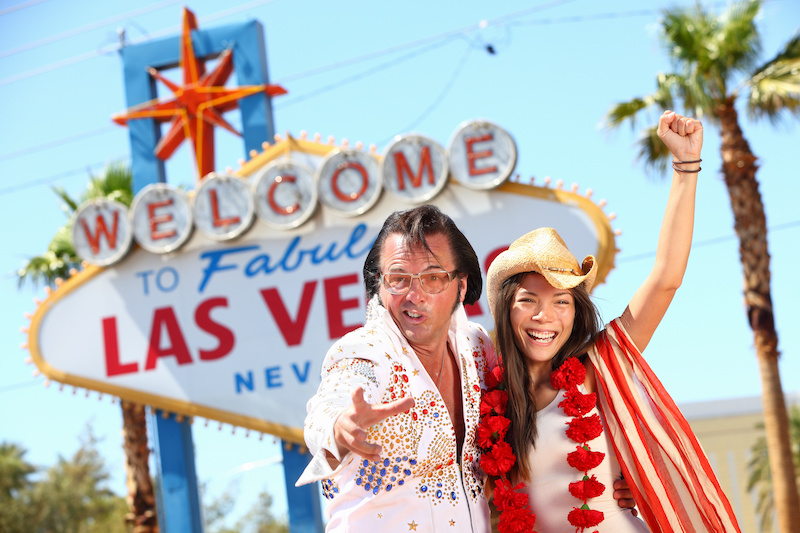 According to the Las Vegas Review-Journal, the company that controls the image of Elvis Presley and which licenses all use of his image, Authentic Brands Group, has issued a cease-and-desist letter to chapels in Las Vegas performing wedding ceremonies with chaplains dressed as the King. The company has said it will mandate a stop to all unauthorized use of “Presley’s name, likeness, voice, image and other elements” of his persona. The impact on the small businesses operating the wedding chapels in question could be severe.

Authentic Brands Group obtained the rights to the Elvis Presley image in 2013. The arrangement dictated a new management control over Graceland, the former residence of Presley, though his daughter, Lisa Marie Presley, maintains ownership of the estate.

According to a 2020 article in Rolling Stone, earnings from the Presley name have declined over the past several years, though hopes of reviving the popularity and earning power of the Presley brand remain high. In many ways, the Elvis brand seems inextricably tied to Vegas. The performer was married in Las Vegas himself in 1967 to Priscilla Presley, and his 1964 movie “Viva Las Vegas” and the title song are nearly synonymous with the city.

Adventures by Disney Announces the Return of Private Adventures in 2023 and New Sicily and British Isles Vacations
Adventures by Disney this week announced new 2023 itineraries, including programs to Sicily and the British Isles. Their Private Adventures program, for groups of up to 12 guests, will return as well and will be available to book on May 13th.
Here come the guests – Wedding travel on an upward but pricey trend
A recently released Priceline “Wedding Travel Report” indicates travel for weddings will surge this year as people make up for two years of lost time. The report estimates that Americans spend more than $2,700 on average to attend a wedding “out of town.”
Wallethub Report: Best summer travel destinations
Personal finance website Wallethub has released a report on the best summer travel destinations.

Share your thoughts on “Elvis has left the chapel”