Posted on June 26th, 2022 by Cheryl Rosen in Soundings 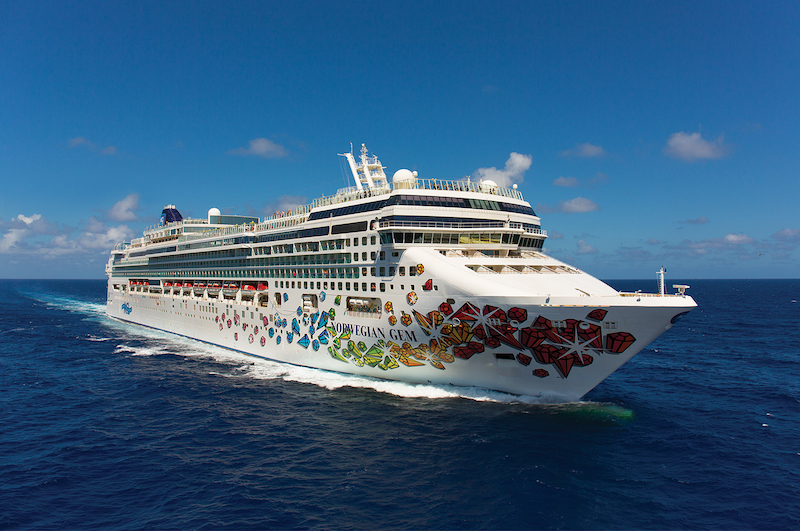 At All Points Travel in Salt Lake City, Corina Johnson made an easy sale yesterday. A member of her Theater Lovers whom she books trips three or four times a year, saw a post about an interesting offering from Norwegian Cruise Line: “The Broadway Cruise” to Bermuda, launching in March 2023. One member already has booked a cabin—and the group leader is “80% sure she is going to book and promote it to her people right now.”

Johnson is planning to add a land component “for a few days of shows and tours like they normally do,” and also offer a land-only option for those who don’t want to cruise. “The next few days will tell the tale!” she says.

“Cruising is back and so is Broadway,” said Anthony Diaz, SVP of Charters, Meetings & Incentives at Norwegian Cruise Line and CEO of its Sixthman music festival subsidiary in the press release. “Our Sixthman festivals tear down walls between artists and fans by creating community-inspired vacation experiences on land and at sea, and now we’re able to pull back the curtain and go behind the scenes to connect some of Broadway’s best talents with their most dedicated audiences.”

Additional experiences aboard “The Broadway Cruise” include:

In short, “as someone who pays attention to these theater-themed things, I’d say this is a good one,” Johnson says.

Staterooms on The Broadway Cruise run from $1,495 per person for an oceanview room to $4050 for a Family Penthouse Suite; other penthouse suites appear to already be sold out. payment plans are available with deposits starting at $250.

Travel advisors will need to book through the Sixthman system (www.TheBroadwayCruise.com) but can register there and earn commission on all sales.

The Broadway Cruise was originally launched, sold well, and then canceled due to Covid, notes Jill LaBarre of Jill’s Great Escapes. And Dillon Guyer added that he had a group booked on that earlier cruise with a New York pre-cruise; they are interested again, but prices are nearly double what they were quoted pre-pandemic.

Still, the theater buffs are excited.

“OMG. My inner theater kid just belted out a high note reading this!!!” says Ashley Bennington of JCoTravel LLC in Rochester, NY. “Those are some HUGE names.” (And she has “booked several clients through Sixthman for specialty cruises and they are super easy to work with too,” she notes.)

Adventures by Disney Announces the Return of Private Adventures in 2023 and New Sicily and British Isles Vacations
Adventures by Disney this week announced new 2023 itineraries, including programs to Sicily and the British Isles. Their Private Adventures program, for groups of up to 12 guests, will return as well and will be available to book on May 13th.
Here come the guests – Wedding travel on an upward but pricey trend
A recently released Priceline “Wedding Travel Report” indicates travel for weddings will surge this year as people make up for two years of lost time. The report estimates that Americans spend more than $2,700 on average to attend a wedding “out of town.”
Elvis has left the chapel
According to the Las Vegas Review-Journal, the company that controls the image of Elvis Presley and which licenses all use of his image, Authentic Brands Group, has issued a cease-and-desist letter to chapels in Las Vegas performing wedding ceremonies with chaplains dressed as the King.