Travel Advisors, Take Note: Serial Cruising and Retiring at Sea Are a Thing

Posted on June 7th, 2022 by Cheryl Rosen in The Rosen Report 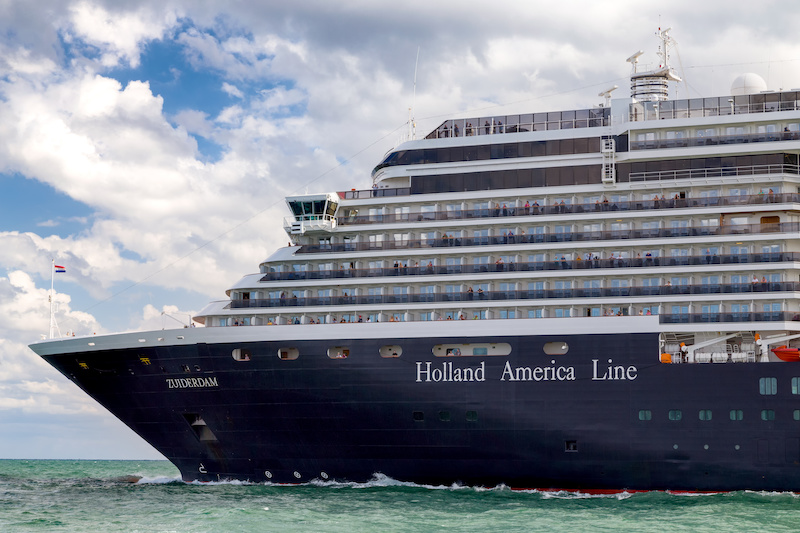 Concerned about Covid quarantines on cruise ships, Jeff Farschman has fallen behind his usual schedule on Holland America, which so far includes 12 World Cruises and 6 Grand Asians. But he is sailing once again, with 246 days booked in the near term, then a Grand Africa and a World Cruise in 2024. Not a fan of long airline flights, his affinity for back-to-back cruising took root when he booked his first Grand Africa and World Cruises in the same year—and realizing there were only four or five weeks between them, asked himself the question his travel advisor loved to hear—“Why am I even going home?”

Christine Brown’s client also is heading back to the high seas. Putting off his Oceania World Cruise in Tahiti when Covid hit the island, he now has sold his house and car and bought a condo in the Philippines—and booked back-to-back Oceania and Royal Caribbean cruises (he wants to try a mega-ship), plus four back-to-backs on Princess. That will keep him at sea through August, when he plans to do an Oceania Amazon and a Patagonia around Cape Horn before deciding where to go next.

But travel advisor Linda De Sosa has the best client of all. She’s put down her own deposit to rent a cabin on Storylines, whose brand new retirement ship The Narrative is scheduled for completion “in 2023 or 2024,” and will herself set sail into retirement when it’s ready.

Indeed, it seems whether your interest is for a client or for yourself, retiring at sea is a niche worth thinking about for travel advisors.

“Now that you mention it, it’s a really really good idea,” Brown said, when I asked. (Actually my publisher Richard Earls mentioned it, and suggested I write this column about it.) “I’ve never really thought about positioning myself as an expert in back-to-back cruising until we started talking. But I’m based in Vegas and now my wheels are turning and it seems achievable. Maybe I’ll get with my cruise rep and pick his brain.”

A Home Office That Rocks

For De Sosa, who has sailed 44 times and traveled extensively, retiring to a cruise ship is literally the dream of a lifetime. “I use a walker to get around, and traveling is a pain in the neck these days. I don’t cook. I hate laundry. And I work out of my house, so basically, everything I need is in my room,” she says. “So I thought, why don’t I just take what’s in my bedroom and move it onto a ship, where I will have 20 restaurants and room service? And this way I’ll be traveling around the world.”

The Narrative will have good wifi, with doctors on board and wellness care included, she says. She is renting the smallest unit, an inside cabin with a virtual window, for about $400,000 for 12 years, including food and laundry, furniture, a separate lounge for socializing, a library, onboard classes, and a basic excursion at each port. You can take a break and rent out your unit or invite guests to join you. De Sosa plans to get off and visit her daughter in Africa for a while when the ship arrives there. And of course, being a travel advisor, “there’s no reason I can’t keep working onboard.”

(Storylines CEO Alister Punton told TRO the ship is set to sail in 2024, with 547 residences that range in size from 237 to 1,970 square feet, and in price from $1 million to $8 million; a limited number of 24-year leases are available starting at $647,000. “Sales have been very strong, with sell-out expected by the end of the year or soon after,” he says. Even now, only one unit each of the larger units, the RU4.3 Envision and RU4.4 Wonder, remain unsold. About half of the community is early retirees; the rest are “remote working entrepreneurs, families interested in a global education for their children, and empty nesters.”

“While all sales are handled in-house, Storylines does pay a referral fee to travel advisors who send customers their way.”, he said.

And it is the best life, says 73-year-old Farschman, who’s spent more than 3,000 days on Holland America Line (plus miscellaneous others) since a buddy invited him along on a 50th birthday cruise in 1988. When Farschman retired from Lockheed Martin in 2004, his plan was to winter on Grand Cayman, “just lie on the beach all day, do a little snorkeling, have a nice dinner.” But when Hurricane Ivan wiped out the island, he hopped on a one-week cruise to Bermuda at the last minute—and “just kept adding on to it, booking six more back-to-back cruises, while I got things sorted out.” He went home for a few weeks and then did six or seven more.

In 2006, a month-long cruise to the Amazon elevated his vision beyond beach destinations. He did his first Grand World Voyage on Holland America in 2007, and returned for the next 12 consecutive years. In 2019 he sailed 258 days total on a single HAL ship. “It’s truly a family thing,” he says. “I stay in contact with people whether I’m on the ship or off; I’m never alone; I always know many, many people, whether guests or crew, and I have visited many in their home countries.”

Since Covid hit, though, he’s been home in Delaware, unwilling to take the chance of being quarantined onboard or put off a ship in some far-away port. But after 19 months, he’s hearing the siren call of the sea.

For now, he is in risk management mode. He canceled his 2021 World and Grand Africa and his 2022 World Cruises, and is “a little bit back to being a beach bum,” staying in the Caribbean and the Mexican Riviera until next summer, when he heads for Europe for 2.5 months. He still sees Covid as a challenge; “on a one-week cruise it’s no big deal but if you are staying on a ship for months and months you have to constantly be aware of it. I stay masked.” Still, he has 246 days booked in the near term, then a Grand Africa and a World Cruise in 2024.

While healthy and fit, the 73-year-old Farschman also has health and evacuation insurance, plus Medicare Part F, which includes limited travel benefits.

It’s also important to have the right cabin, he notes. Generally, he sails the same ships in the same cabins, but for his upcoming 246 days across three ships, he is working with his HAL personal cruise consultant Katarina. “When you are going to be in a cabin for seven or eight months, it’s important to know if there are any issues. We go to great lengths to research a cabin. I am a sensitive sleeper so I want an inside cabin that’s not below the show lounge or whatever. If they try to upgrade me, and I say no thanks.”

And it’s not cheap, he acknowledges, even in an inside cabin. But he doesn’t care.

So just how long does he think will this go on?

“Actually I don’t see any end in sight,” he says. “I never gave a thought to not doing it. I have a home on the ninth fairway of a country club, but when I’m gone I don’t miss it.”

“When someone asks, ‘Don’t you ever want to sleep in your own bed?’ I say, ‘This is my own bed. Right here on Holland America.’ ”

Onboard the Viking Invasion: Eight New Longships Dock in Europe
Onboard Viking Radgrid on the Seine — Monet’s Garden is not yet open and the cherry blossoms are just beginning to bloom. Even so, all of us in attendance were thrilled to kick off this year’s river cruise season in Europe, at the official Naming Ceremony of eight new Viking longships. The actual ceremony was a joyful reunion of travel writers, travel advisors, Viking executives and Edelman PR folks, many of whom have not seen each other since 2020, when Viking decided not to launch these ships at all. Two…
Just Holding On: Travel Advisors Seek Options for Four-Hour Telephone Hold Times
Part 1 of 2 on what travel advisors say is the biggest issue in the industry. Follow us next week for Part 2, as suppliers respond. Angela Hughes is feeling lucky that her $2 million in personal annual sales allows her to hire a team of assistants. She uses them to hold the phone for her—often for hours at a clip—when she needs to call a supplier. “Right now I’m trying to close a group of 50 for 2023—but I can’t get any space, and we have four-hour wait times…

Share your thoughts on “Travel Advisors, Take Note: Serial Cruising and Retiring at Sea Are a Thing”