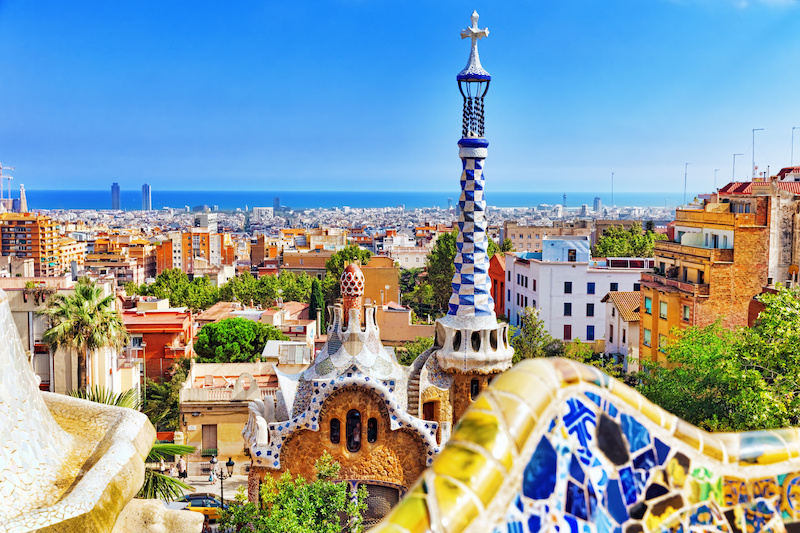 Tourism has returned to Spain in a massive wave of visitors to Barcelona. In response to complaints about overtourism, municipal authorities in Barcelona have taken new measures seeking to crack down on tour companies and behavior viewed as undesirable and disruptive. As a part of the new restrictive measures, tour operators have been ordered to cease the use of megaphones on tours through the city, and to re-work their routes to minimize the inconvenience to residents and to adhere to routes limited to 24 streets in city center.  Tour leaders are required to choose stops along the way where space allows for plenty of pedestrian traffic.

Tour group numbers are being limited to no more than 30 people and as few as 15 in some historic neighborhoods. Some points of interest are reducing numbers to groups as small as eight persons. In other areas, neighborhoods are introducing dress codes at bars and restaurants.

Barcelona had earlier in the year launched “Operation Summer,” a program intended to reduce tourist crime by increasing the number of police officers in the city’s tourist areas.

Portugal’s Island Paradise: The Azores
Island vacations are a true escape, one that feels the furthest from our everyday lives. Nothing but you, the beach, and long stretches of ocean to create distance from the daily grind and worries of life. About 870mi west of Lisbon, Portugal is the opportunity to visit just that place—the Azores Islands. A place that not only provides a remote getaway, but prides itself on sustainable tourism. Officially named the Autonomous Region of the Azores, the Azores is an archipelago of 9 islands. Being volcanic in nature, the fertile earth…
Japan to reopen to tourists for first time in 2 years with a “test tourism” program
The Japan Tourism Agency has determined to conduct a “test tourism” program in May prior to a full opening to travelers. Small group tours will be permitted into the country in May to ascertain how well protocol measures will prevent an increase in Covid-19 cases.
AmaWaterways explores Black heritage and culture
If you search “river cruising + Black” results might return the Black Sea or the Black Forest — but very rarely are Black travelers represented in river cruising. AmaWaterways is taking a step toward inclusivity with its “Soulful Epicurean Experience,” a first-of-its-kind sailing that will focus its Rhone River voyage in the South of France through the lens of Black history.

Share your thoughts on “Barcelona seeks to curb effects of overtourism”