Posted on July 15th, 2022 by David Cogswell in The Incessant Traveler

For Collette, the century-old Pawtucket, R.I.-based tour operator, the removal of COVID testing requirements for entering the US was the opening of the floodgates for people to travel again. I spoke to some of the Collette people last week.

“As soon as testing requirements were dropped, we immediately noticed that our phones were ringing off the hook for international travel,” said Amelia Sugerman, senior manager of strategic communications. “Prior to that, 70 percent had been domestic. But when they dropped testing on June 12, in the five days following, the next Monday through Friday, 75 percent of the calls were for international traveling. And more than half were for 2022. People booking in June wanted to go before the end of year. In the past, they would book 18 to 24 months out.”

The effects of COVID are far-reaching, but difficult to discern at a time when they are still unfolding and changing. Collette kept a close eye on the dramatic change in booking patterns they observed after the dropping of COVID testing requirements, trying to discern what it signaled in terms of future sales and trends. 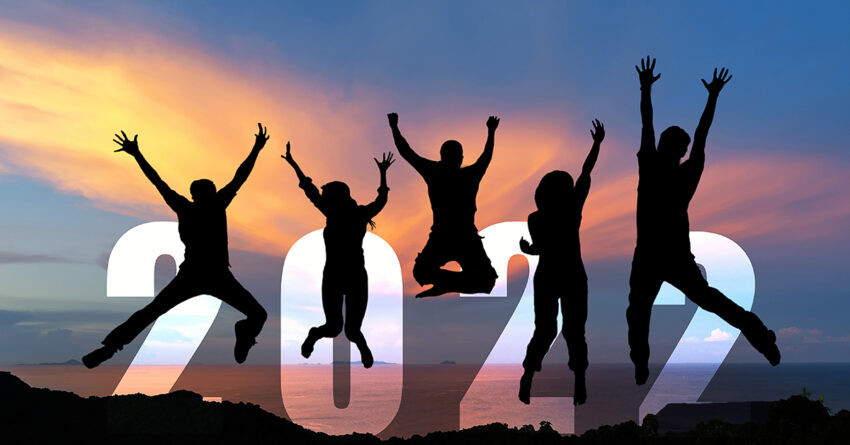 “Was it that people were so crazy to get out of the house?” said Nicole Diebold, Collette’s creative director. “Or is it that now we know how quickly the world can change, how quickly the world shut down and no one went anywhere for years? There seems to be this fear that ‘I want to go now, because who knows what’s going to happen in the winter?’”

Collette’s marketing department did market surveys at regular intervals throughout the lockdown. In early 2022, the surveys asked those who had been given refunds what they were waiting for before they would be ready to travel again. Most of them said it was the lifting of testing requirements. That seemed to be confirmed when bookings surged after the testing requirements were lifted. When a negative test was required to enter the US, if you tested positive, you could be forced into quarantine outside of the country—with significant extra time and accommodation expenses.

Other changes brought on by COVID are more subtle, including a shift in seasonality. Bookings have been less concentrated in the historical high seasons.

“September and October have always been really strong for us,” said Sugerman. “Now we’re starting to see November, December, March, and April start to fill in a little more. I think it’s because people are starting to see that they don’t necessarily need to travel in the summer and the fall. The changes from the pandemic have opened up the doors. People have a little more flexibility. They are interested in off-season travel. They want to get the deals, but also people got used to the idea that there are not crowds everywhere. People are saying, ‘I don’t have to travel in summer. I want to go when it’s not crowded.’”

Even though the testing requirements were not lifted till June, the year has shaped up nicely for Collette.

“For the full year in the US market we’re at about 84 percent recovery to pre-COVID levels,” Jeff Roy, executive vice president of revenue management, told me. “We’re having a strong year. For the first half of the year, the biggest problem we had was cancellations. We’ve been seeing a good rebound in new booking activity, but cancellations close to departure were really a nagging issue through May.”

The company was seeing as much as 10 percent of bookings cancel within two months from departure, an unusually high cancellation rate. But since the testing was dropped June 12, things have changed radically.

“We are seeing a jump of 8.5 percent in our load factors from May to June,” said Jeff Roy, “and we’re seeing another 8 percent improvement in July. It seems that, with the testing requirement gone away, we’re seeing diminished cancellation activity; so we’re starting to move into much more profitable territory now for the second half of the year.”

The testing requirement didn’t affect domestic tours. “Domestic tours have been in a stable booking environment and a stable operating environment all year,” said Roy. “We haven’t seen much change there, just a lot of demand. People book, they travel. We weren’t seeing any cancellations there. That was only impacting international business.”

This year, international travel has come roaring back. Last April, it accounted for 70 percent of the company’s booking, but with high cancellation rates. Since the testing requirement was lifted, it’s pushing 80 percent.

“We’re seeing a big acceleration,” said Roy. “That testing requirement before you could come back home was a huge barrier for customers. Now some of the destinations that have really been quiet through COVID because of travel restrictions or other reasons, like Australia, Africa, South America, are really starting to show real improvement.”

People were booking South America 247 days out in April. Now it’s down to 163 days. The change is less pronounced in Europe, but still significant, from 170 days in April to 150 days in July.

In terms of gross booking numbers, people making reservations with deposits, the company would be exceeding its business of 2019, the last pre-COVID year. But there were the cancellations.

Now with the dropping of testing requirements, cancellations are normalizing too.

“We are getting the best of both worlds,” he said, “a surge in demand and a cooling of cancellations. That means tours operate with really strong loads, which is good.”

Most clients have been booking close to departure dates, but now the company is seeing bookings for 2023 also start to pick up.

As to trends in destinations, it’s difficult to tell because so many destinations have been off limits for a while.

“Israel didn’t come online till second quarter,” said Roy. “Africa was offline till second quarter. Australia’s not online till fall. Japan just reopened, with a testing requirement for entry. But as we look out to fourth quarter ‘22 and ’23, I think we’re seeing things settle into normalization, destination-wise. People are very eager to go to the South Pacific, they’re very eager to go to South Africa and South America. Europe is booming. We’re seeing big demand over the last three weeks for Iceland again. We’re coming up on the Northern Lights in the fourth quarter and first quarter next year.”

One trend that is showing clearly is a move toward Collette’s small group Explorations products, which carry a maximum of 18-24 passengers.

“That product is up over 2019 levels, by a pretty good margin,” said Roy. “It’s still a kind of unique product in the market. Some companies are doing small group departures, but our itineraries are curated small group experiences. The programs are designed for small groups. They don’t use the same kinds of hotels or the same types of restaurants. It’s a whole different kind of experience, and people are flocking to that now.”

Bottom line, with COVID rates way down, and testing requirements for return to the US out of the way, Collette’s business is seeing a new beginning.

“Travel is possible right now,” said Roy. “It’s not perfect, but with an 80-plus percent recovery of 2019 levels, we’re happy. That was a record year.”

Cruise and Tour Boom: Tauck’s Post-lockdown Resurgence Is All Over the Map
Tauck is experiencing a post-lockdown boom that is making Steve Spivak, vice president of global sales, very happy. “We’re seeing such a great resurgence in the type of travel we offer,” he told me, “not just luxury, but truly immersive, bucket list-type travel.” Tauck has already carried more passengers this year than it did in all of last year. Its booking pace has exceeded that of 2019, the last year before the COVID pandemic. As unprecedented as the lockdown was, the bounce back for Tauck is also creating a novel…
Floating on Air
Good things are often hiding in plain sight. Sometimes it only takes a slight shift in the way we are looking at things to see benefits that were previously invisible to us. And sometimes ideas that were previously left by the wayside are shown to be worthy of reconsideration in a new context. Decades ago I read a book called Design for the Real World by an industrial designer named Victor Papanek, the dean of the California Institute of the Arts. Papanek saw through standard conventions and came up with…
Cuba Policy Changes: It’s All About Perception
Some good news for travel to Cuba came last Wednesday, June 8. About three weeks after the Biden announced that it was pulling back some of the Trump-era restrictions on travel to Cuba, the government has clarified what those policy changes will consist of. The good news is that People to People travel is back. The details of the regulatory structure were released by the Office of Foreign Assets Control (OFAC), the part of the United States Treasury Department that regulates what money can be spent by Americans in Cuba…