A Time-Saving Tip For Agents With an iPhone! | Travel Research Online

A Time-Saving Tip For Agents With an iPhone!

Posted on September 19th, 2022 by John Frenaye in Editorial Musings

I usually do not get terribly excited about software updates. For the most part, they are mundane and usually are just tweaks under the hood.  But this time, it is different. Last week, Apple released their new iOS 16 for the iPhones (iPhone 8 and later), and it has some great features like editing text messages and even un-sending them. But one feature added to photos can be a game changer in terms of saving time.

I know I am not alone when I say that when creating graphics for my website, blog, flyers, emails, etc., I spend an inordinate amount of time using Photoshop to get it just right. You may use another program, but face it, if graphic design was our forte, we’d all be graphic designers.  The latest software update has a feature that allows you to “pull” the main subject from a photo to be used somewhere else in about 30 seconds.

I have not been traveling for a while, but recently I was at a college football game, so let me demonstrate. 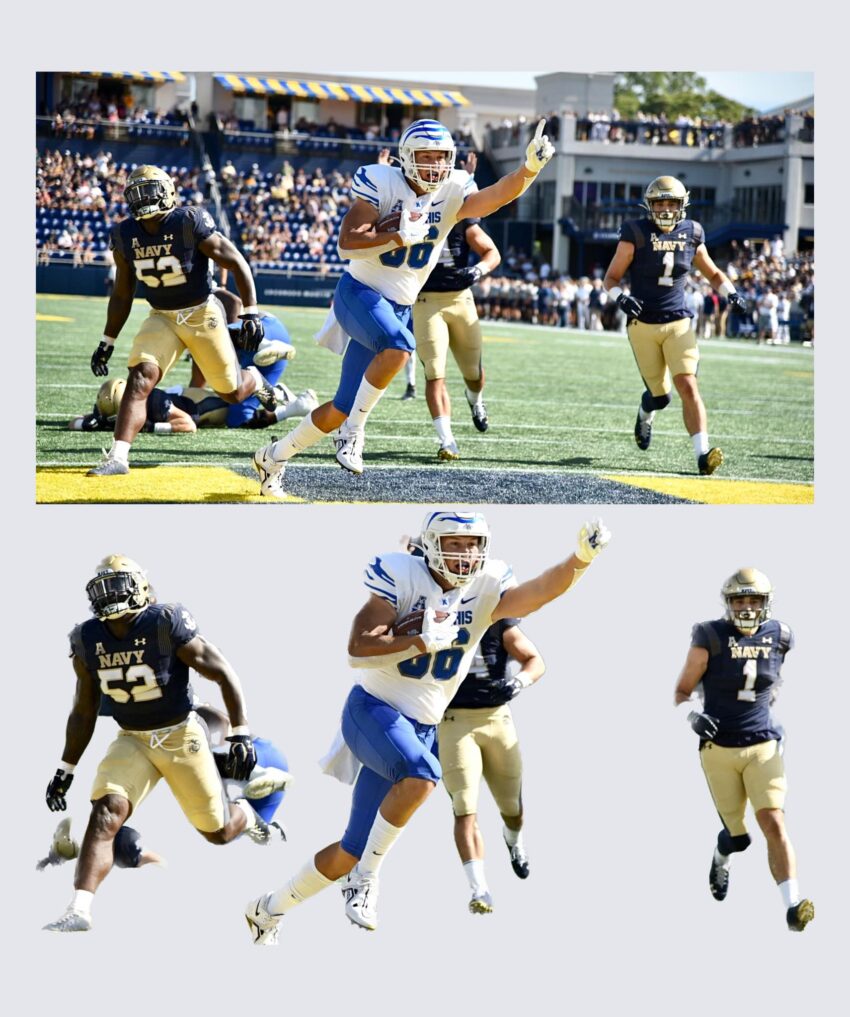 The top image was a photo I took. The bottom image was the main subject pulled from the original. Now I can take those players and put them anywhere I like.  And it took about 30 seconds to do it. Don’t believe me?

Gone are the days of trying to use the lasso tool to precisely outline a subject to use elsewhere. Off the top of my head, I can think of a few uses:

There are other apps that will do this, but to be honest, I have not seen any with the accuracy and speed of this feature. Of course, it should go without saying that you need to own the image (or have the rights to use it).

Looking At The Bright Side As We Head Into The Holidays
Another year!  Wow, that was fun—not! Every year, I take a bit of a break for the final weeks of the year to push a virtual “reset” button.  In December 2020, I figured in 2021, things would get drastically better for the travel industry. Well, they are better, but the whole “drastically” part fell a bit short. But rather than sit here and be a Donnie Downer, I am going to press on and look at the bright side!
The Hits Keep Coming, We Just Keep Swingin!
We’ve all heard the adage about taking three steps forward and one step back. It’s a struggle, but you are still making forward progress! But in the travel industry, coming out of COVID, I sometimes wonder.
No Vax Cruising—I Think This Is A Bad Idea
With mixed emotions, I read story after story about all the cruise lines that are dropping the COVID-19 vaccination requirements as the Centers for Disease Control relaxes their advice concerning the disease.  One half of me says, “fantastic; finally, we can get back to normal!” And the other half says, “we are still very far from normal.”

Share your thoughts on “A Time-Saving Tip For Agents With an iPhone!”