Goway 2.0: Re-Engineering for the Post-COVID World

Posted on September 15th, 2022 by David Cogswell in The Incessant Traveler

Bruce Hodge, an Australian who met his South African wife in Europe, settled in Canada, and started a global tour operation in 1970, was not about to sit around twiddling his thumbs when the COVID lockdown paralyzed the travel industry. For Bruce, it was a chance to launch Goway 2.0.

“Bruce’s plans for growth of the company are exceptional,” said Canvin. “It’s hard to keep up with them.”

The re-engineering of Goway included disassembling and reconstructing its programs. “We entirely reimagined over 1,000 of our itineraries that are posted on the website,” said Canvin. 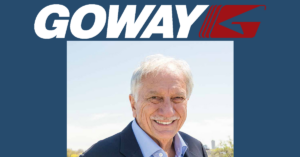 In addition, the company added two new product lines: Private Guided Experiences and Idyllic Retreats. It also introduced a travel advisor loyalty program, the Goway Pro Loyalty Program, through which travel advisors can earn up to 1 percent of the value of their sales as cashback (in addition to their commissions).

In July, the company launched an educational program for retailers: the Goway Pro Travel Academy.

“It came during COVID,” said Canvin. “Internally, we introduced a learning management system for our own destination specialists. It was like a Google for Goway for them. Then we took that video content and created 120 videos for 30 countries for travel counselors. It’s done online. They can do it at their own pace and earn badges, rewards, and fam trips.”

At the office, Goway invested in a new operating system, which will go live in November. It provides the company with ATI connectivity with all its partners, and will make it possible to get quotes out more expediently. Hodge also purchased a phone system for the company’s destination specialists. Agents are increasingly appreciating three-way zoom calls with advisor, client, and destination specialist.

All this activity as the world stood still is perfectly in character. The founder of Goway Travel has never stopped. Bruce Hodge is one of the last active members of the generation of great travel entrepreneurs who built the modern travel industry. His range of experience and knowledge at this point is unfathomable. He’s a walking international resource.

He started from about as far out in the boonies as is possible and built a major global operation, which he still heads 52 years later as a sole proprietor. He’s never seen fit to sell out to a major corporation. It’s the Hodge family business. He’s brought his son Adam and his daughter Bronwyn into the business and groomed them to take over for him someday, if he ever slows down, and if they can manage to keep up with him.

He grew up in Nambucca Heads, New South Wales. Raise your hand if you know where that is. On Google Maps it appears about 300 miles north of Sydney, midway between Sydney and Brisbane on the east coast of Australia. It is definitely out there.

Its population of 6,000 is 10 percent indigenous Australians. The name Nambucca Heads is derived from the Gumbaynggirr word Ngambagabaga. Try to say that fast three times! The name locked in when the English naturalist Clement Hodgkinson explored the area in 1841 and became the first European to make contact with aboriginal Australians there.

Hodgkinson asked two Ngamba men what the name of the area was, and they told him Nyambagabaga was the spot by the bend in the river where a Ngamba giant was speared in the leg during the Dreamtime.

Starting from such a colorful and fascinating place, Bruce went on to become an inveterate explorer.

“Bruce is the epitome of a globetrotter,” Craig told me. “He’s climbed Kilimanjaro, swum with sharks, run a marathon…”

Goway Travel originally offered travel to the South Pacific, which remains one of the company’s strongest regions. From there, he added Asia, first as a stopover, then grew it to 26 countries. He went on to add Africa. Then Latin America. Europe came late in the game. And finally, the Toronto-based company is going to offer North America, its home base.

The man from Down Under built the business upside down to how an American might have done it. But finally, in 2022, the company is building a North America travel portfolio. That’s part of Bruce’s plans for Goway 2.0.

It’s not easy to catch up to Bruce Hodge, but last week I did manage to corner Craig Canvin, senior vice president, for a while. That conversation gave me a window onto Goway 2.0 and what’s been going on in that lively little office in Toronto. Since Goway is a global tour operator, a point at which all aspects of the travel industry converge, a view into Goway provides a perspective on the travel world at large.

“Business is as normal as it can be,” Craig told me. “We’ve had an exceptional summer, so good it caught us off guard. It caught the whole industry off guard. The biggest issue for our partners was scaling up for the business.”

And there were plenty of delays, cancellations, and problems with availability. Fortunately for Goway, the company was better positioned than most for the restart.

“We were fortunate in that Bruce saw what was happening and brought all the employees back in September 2021,” said Canvin.

Goway furloughed some employees when everything stopped in March 2020, but by September of that year, things had started rolling again, and Hodge started bringing employees back. By September of 2021, everyone was back to work who was still available. Business turned out to be even better than expected.

“There’s a great demand for travel,” said Craig Canvin. “We’re excited about that. Business overall is back to 2019 levels, though it’s not uniform, not across the board. Goway does 110 countries, so we’re seeing a lot of variation.”

“Europe is all doing well,” he said, “The real leaders are Greece and Italy. They are just exceptional. All of southern Europe is extra strong, anything touching the Med. Croatia and Spain are doing well.”

The UK and Ireland are strong. Iceland has issues with inventory but is otherwise strong. Central Europe is soft, perhaps because of the war in Ukraine. Australia and New Zealand are just now opening up. The Maldives and Tahiti, exotic beach destinations in general, are doing well.

“The Middle East is doing well for us, Dubai, Egypt, Jordan. We just launched Qatar. We want to be positioned for after the World Cup, which will put a spotlight on Qatar. Africa is holding its own but not doing as well as we’d like.”

And now, the company is soft-launching North America. Many of the programs are already available via the company website, but the product line hasn’t yet been officially launched or promoted.

“We now have probably 100 North American itineraries on the website,” said Canvin. “We’ll be adding 150 more by January. It is available, but it is a work in progress, soft-launched. As Bruce says, we’re not ready to put our name on it. We wanted to test the waters. We’re very pleased with the response.”

Goway sees a surge in demand for privately formed groups. An increasing number of people are choosing to travel with groups of family or friends.

“It’s a pleasant surprise,” he said. “Our groups-only division is doing extremely well. We’re seeing a big demand for custom-created itineraries for groups. People want to reconnect with family and friends and have shared experiences. They are looking for Instagrammable moments.”

Many of the custom groups are last-minute bookings. Groups are tending to be larger than before, four or five rather than two or three. At this point 25 percent of company’s bookings are private guided experiences. It’s a mid-point between independent and escorted travel. When you form your own group, you get some of the group purchasing advantages that bring costs down on escorted programs.

“When you spread the cost over four or five people,” he said, “it almost comes to the same cost as an escorted program, a little more.”

Canvin is getting the sense that the changes he is observing in travel patterns are here to stay.

Another change Craig is seeing as we emerge from lockdown is an even greater appreciation for travel counselors than before.

“We’re seeing a huge resurgence in the travel advisor community,” he said. “COVID has taught consumers a lesson. They want that safety net. With cancellations, schedule changes, and all that, they really need that. There is a lot of confidence in travel agents. They seem to have also come back smarter after COVID.”

David Cogswell is a freelance writer working remotely, from wherever he is at the moment. Born at the dead center of the United States during the last century, he has been incessantly moving and exploring for decades. His articles have appeared in the Chicago Tribune, the Los Angeles Times, Fortune, Fox News, Luxury Travel Magazine, Travel Weekly, Travel Market Report, Travel Agent Magazine, TravelPulse.com, Quirkycruise.com, and other publications. He is the author of four books and a contributor to several others. He was last seen somewhere in the Northeast US.

My Four-Hemisphere Week
From Wednesday to Monday I was in the northern, southern, eastern, and western hemispheres. It’s nothing to brag about. There was nothing brilliant about it. On the contrary, it could be the worst-planned travel itinerary ever. The only accomplishment is that I survived it. But I did experience it, and that’s worth talking about. It was extraordinary. I didn’t intentionally plan such a marathon. It only happened because there were two travel events that I absolutely could not miss. They happened to be very close together on the calendar, and…
Floating on Air
Good things are often hiding in plain sight. Sometimes it only takes a slight shift in the way we are looking at things to see benefits that were previously invisible to us. And sometimes ideas that were previously left by the wayside are shown to be worthy of reconsideration in a new context. Decades ago I read a book called Design for the Real World by an industrial designer named Victor Papanek, the dean of the California Institute of the Arts. Papanek saw through standard conventions and came up with…
Cuba Policy Changes: It’s All About Perception
Some good news for travel to Cuba came last Wednesday, June 8. About three weeks after the Biden announced that it was pulling back some of the Trump-era restrictions on travel to Cuba, the government has clarified what those policy changes will consist of. The good news is that People to People travel is back. The details of the regulatory structure were released by the Office of Foreign Assets Control (OFAC), the part of the United States Treasury Department that regulates what money can be spent by Americans in Cuba…

Share your thoughts on “Goway 2.0: Re-Engineering for the Post-COVID World”