Posted on September 19th, 2022 by TRO Staff in Top Headlines 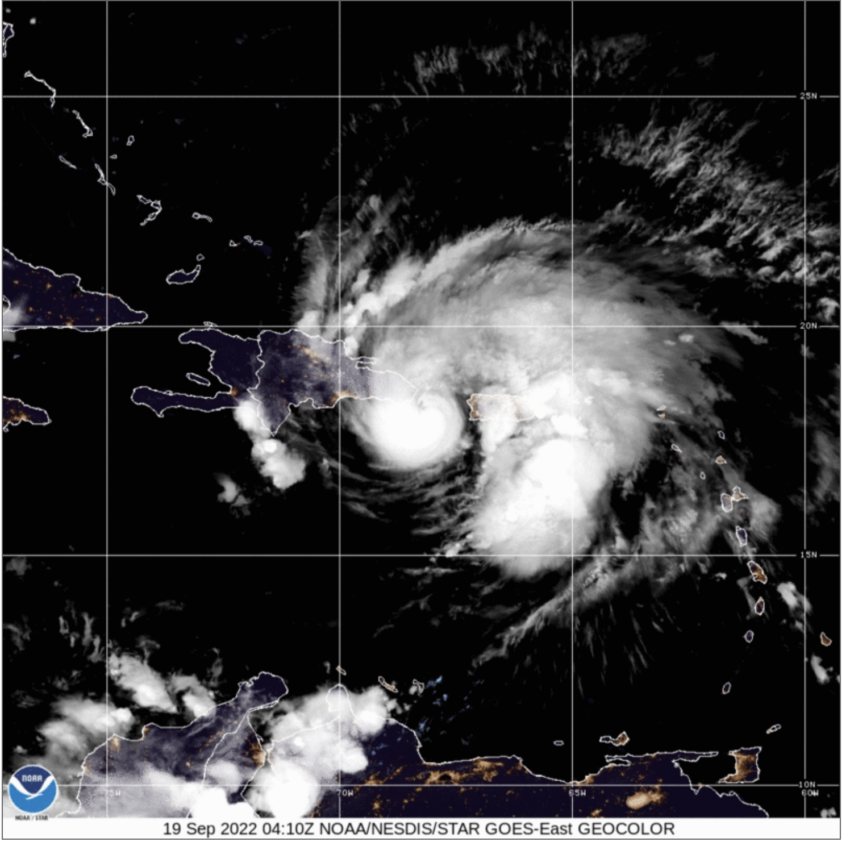 As winds slammed Puerto Rico at over 100 miles per hour, the National Hurricane Center warned of ‘catastrophic’ flooding. Hurricane conditions were spreading across portions of the Dominican Republic, with heavy rainfall and flooding continuing across much of Puerto Rico. At 9:00 UTC (Coordinated Universal Time/GMT) the center of Fiona was located near 18.5, -68.6 with movement NW at 8 mph. The minimum central pressure was 977 mb with maximum sustained winds of about 90 mph.

The storm center has now passed over Puerto Rico. Double-digit rainfall, as much as 20 inches in some places, has been reported. The center of Fiona is now between western Puerto Rico and the eastern side of the Dominican Republic at 9:00  UTC Monday. It is likely the storm will be close to Punta Cana during the early Monday morning hours with heavy rainfall projected.

The National Hurricane Center projects Fiona to turn sharply northward up the eastern coast of the United States over the next few days. 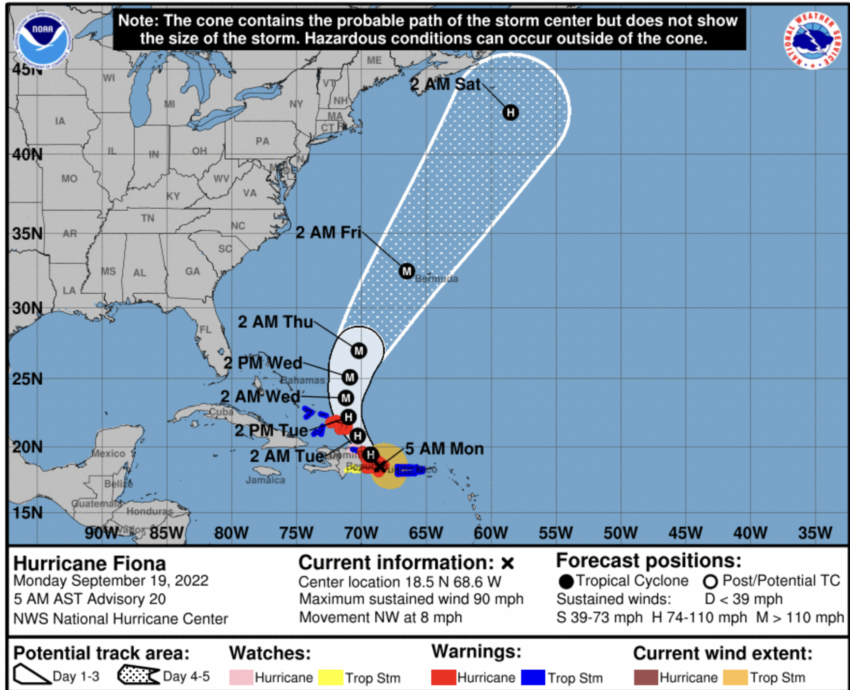