Posted on November 21st, 2022 by Cheryl Rosen in Top Headlines 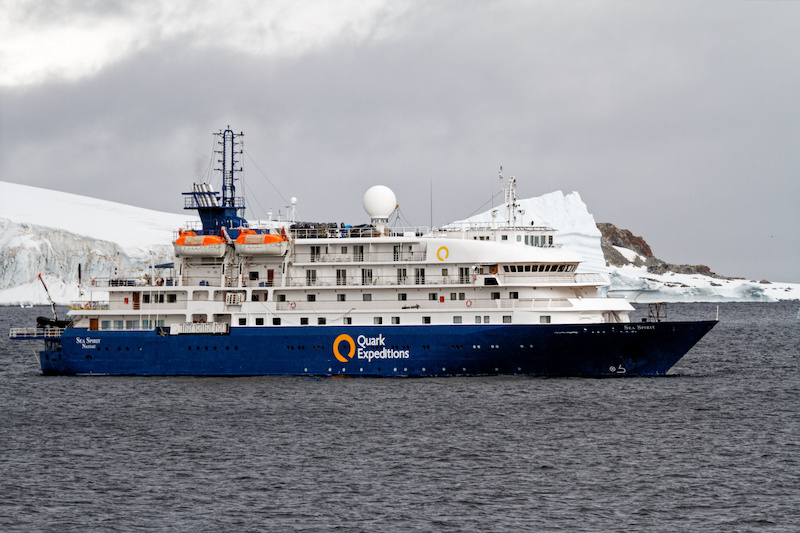 The 2022 Antarctica season has kicked off with the worst possible news for Quark Expeditions, where a rare zodiac accident has left two passengers dead.

Seatrade Cruise News reported that the line confirmed that “a Zodiac carrying six passengers and two expedition staff overturned near shore, tragically resulting in two fatalities. The weather conditions were light winds and a smooth sea state, and indications are the accident was caused by a breaking wave. The other four passengers and two staff are recovering under the care and observation of our doctors and medical staff on board.” (Two die in Quark Expeditions Zodiac incident in Antarctica (seatrade-cruise.com)

One American passenger survived because she was in an air bubble, a travel advisor with inside information told TRO, only to be rescued to find that her husband did not make it.

The rigid-hulled inflatable zodiac boats were made famous by Jacques Cousteau and are extremely popular, because they “deflate allowing for storage in small spaces, can be tied against a ship without marking or damaging it, and because they’re filled with air, are the most seaworthy craft of their size. Inflatables can hold up to 10x their own weight, can float if one of their tubes deflates, are inherently stable, and offer on the water performance to meet nearly anyone’s needs,” says the Inflatable Boats Buyer Guide (Inflatable Boat Buyers Guide – Newport Vessels). Reports said the boat was overturned by a rogue wave – but travel advisors agree that Zodiac accidents are extremely rare and could not recall ever hearing of one. They also noted that the waters around Elephant Island are usually calm.

Earlier this month Quark Expeditions “celebrated the launch of its Arctic 2024 season” with “more ways to experience Greenland, Svalbard, and the Canadian High Arctic than are possible with any other operator in the region and a breadth of off-ship experiences.”