Peter N. Lobasso has served as ASTA’s General Counsel since 2015. A licensed attorney for over twenty years, Peter has successfully represented clients in a wide variety of litigated matters before courts and administrative agencies at both the state and federal level. Peter has also negotiated numerous multi-million-dollar transactions on behalf of businesses throughout the country. Practice areas include contracts, corporate governance, employment and labor law, intellectual property, real property, mortgage lending, and creditor side bankruptcy, among others. Peter is a member of the bars of New York, Virginia and Washington D.C. He received a bachelor’s degree in Political Science from the University of Central Florida in Orlando and earned his law degree at Touro Law Center on Long Island.

END_OF_DOCUMENT_TOKEN_TO_BE_REPLACED

The mysterious and gorgeous lands of Indochina have been a hotspot for travel for quite a while now. This wasn’t always the case, as war once ravaged the area. Now, however, Indochina has moved past this violent history into a future that welcomes travelers of all types. The focus of this article will be on two of the most well-known countries in Indochina: Cambodia and Vietnam. Sharing a border, trips to these lands can be combined into a unified experience worth far more than a thousand words could hope to capture.

END_OF_DOCUMENT_TOKEN_TO_BE_REPLACED

Making the Agent the Hero
Posted in Supplier Profile | No Comments »
by Joseph DeLoach
January 15, 2020

It’s not often that you find a family-owned and operated business that has been in operation for over 50 years. One that has kept its company headquarters in Detroit, where it started. One that has expanded to include 10 offices in the U.S. and 5 more worldwide. A travel consolidation service specifically for agents and advisors that has maintained the foundation of their family values. Yet, CTS Fares fits this much-needed position. END_OF_DOCUMENT_TOKEN_TO_BE_REPLACED 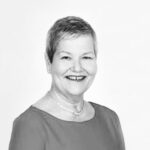 Moira joined Goway in 2007. She moved from South Africa to head up the Africa and Middle East Division. During the last ten years, the Africa division has gone from strength to strength, and now features 22 countries in the portfolio. A veteran in the industry, Moira’s previous roles in South Africa were that of Managing Director, and Marketing and Sales Manager, of two of the largest outbound tour operators in South Africa. Her passion runs to all things African, and her mission is to convince everyone that they need to travel to Africa at least once in their life! END_OF_DOCUMENT_TOKEN_TO_BE_REPLACED

The Celtic Corner of England
Posted in Departures | No Comments »
by Joseph DeLoach
January 9, 2020

Southwest England has some of the most iconic shores in the United Kingdom and nearby coastal countries. The craggy coasts are mystical, with rocky cliffs often obscured by fog. This area juts from the mainland into the Lizard Peninsula, where the ceremonial county of Cornwall sits. Recognized as one of the Celtic nations, Cornwall has kept a distinct identity from the lands next door for the traveler to discover. With prehistoric and Bronze Age monuments that tell a story of an ancient nation, Cornwall is vastly different from its neighbor.

END_OF_DOCUMENT_TOKEN_TO_BE_REPLACED

Santorini: Weddings and Honeymoons
Posted in Spotlight | No Comments »
by Joseph DeLoach
December 12, 2019

There are many reasons to visit the paradise known as Santorini. It is home to some of the famous and stunning white-washed houses found along many of the islands in the Cyclades. Almost all cafes and restaurants have a view of the azure waters. Nights bring starry skies, the revelry of nightclubs and bars. These traits make Santorini perfect for the start of a new life together – whether it be weddings or honeymoons. END_OF_DOCUMENT_TOKEN_TO_BE_REPLACED

Shirakawa-go: Forgotten By Time
Posted in Departures | No Comments »
by Joseph DeLoach

Deep in the heart of mountains, Shirakawa-go is a vivid image of old Japan. Thatched roof houses sit under forest covered mountains. Every season seems to be accentuated, from the white snow of winter to the bright green grass of summer. National parks dot the area around, while a gorgeous river runs directly through the small village. Shirakawa-go is a view of ancient Japan and splendor of lush country sides.

END_OF_DOCUMENT_TOKEN_TO_BE_REPLACED 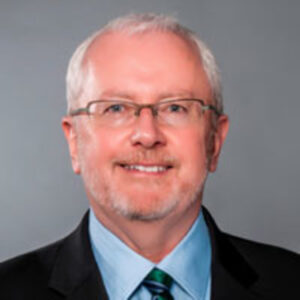 Having joined the American Society of Travel Advisors (ASTA) in 2015, Mark Meader is responsible for advocating on behalf of agencies, travel advisors and consumer communities with travel suppliers, technology providers, other trade associations, coalitions and various government entities. Mark is also the driving force behind the ASTA Verified Travel Advisor Certification program, as well as the highly rated educational content at annual ASTA events fostering agency growth and learning worldwide. He promotes and defends the agency community ensuring the travel advisor’s voice is heard clearly and the advisor is well represented throughout the industry. Mark also serves on the Board of Directors of the WTAAA – the World Travel Agents Associations Alliance – where he is Chairman – an organization facilitating the exchange of ideas and information to the agency community across the globe. END_OF_DOCUMENT_TOKEN_TO_BE_REPLACED

Osaka: Tastes of History
Posted in Departures | No Comments »
by Joseph DeLoach
December 5, 2019

Leading into the southern part of Japan is Osaka. A city known for its love of food and a good time. It is a bit less conservative than the rest of Japan. This opens the way for a different kind of experience from the well-known cities of Tokyo and Kyoto. The traveler will enjoy the change of pace in Osaka, where the locals are good humored and the city moves with culinary breaks at almost every corner. END_OF_DOCUMENT_TOKEN_TO_BE_REPLACED

Bangkok, the land of delectable street food and colorful temples. This capital of Thailand was once called Siam, until the late 19th century. It is a mix of modern technologies and buzzing streets with an admiration for ties to tradition. The culture contains a sense of fun, whether it be the nightlife or haggling at a floating market. Bangkok and its surrounding areas of jungles and beaches are quite the pleasure to experience. END_OF_DOCUMENT_TOKEN_TO_BE_REPLACED

The Temples of Abu Simbel
Posted in 60-Second Geography | No Comments »
by Joseph DeLoach
November 12, 2019

In southern Egypt, just above the border with Sudan, sits Abu Simbel. It is a small town that houses lesser-known temples that stand out as grand sites. Along the river considered to be the cradle of civilization, Abu Simbel rests next to where the Nile opens up to Lake Nassar. The desert region is home to perfect examples of Nubian monuments and musical traditions that date back thousands of years.

END_OF_DOCUMENT_TOKEN_TO_BE_REPLACED

Bavaria: Traditional and Festive
Posted in Spotlight | No Comments »
by Joseph DeLoach
November 7, 2019

In the south of Germany sits the birthplace of many fairytales inspired by magical surroundings and castles. A place where the meadows are a pleasant sight and walled towns from the medieval times continue to flourish. Bavaria is cozy and dreamlike, with the Bavarian Alps rising along the border to Austria.

END_OF_DOCUMENT_TOKEN_TO_BE_REPLACED

The Tastes of Tokaj
Posted in Outposts | No Comments »
by Joseph DeLoach
November 5, 2019

In the northeast area of Hungary is the Tokaj-Hegyalja Region. Here, the famous Aszú wine flows and the cuisine is topnotch. The nearby Zemplen Mountains offer up rugged wilderness, while just outside of those mountains nature trails and ancient castles are ready to be explored. From luxury to cozy, this UNESCO World Heritage site is a getaway for travelers that has much to offer in the way of luxury and adventure. END_OF_DOCUMENT_TOKEN_TO_BE_REPLACED

The East Coasts of Canada with CroisiEurope
Posted in Spotlight | No Comments »
by Joseph DeLoach
November 1, 2019

Canada’s east coast is sprawling. It is the quintessential image of the northeast, lighthouses dot rocky cliffs while the bustling city of Montreal is just inland along the St. Lawrence River. The entire area has more of a French feel than the rest of Canada (and one of the islands off the coast is owned France). Cities here are reminiscent of the 17th-18th century world, where elegant architecture was simple – yet never understated. Eastern Canada is a cross between European and North American, a beautiful mix that shows all over.

END_OF_DOCUMENT_TOKEN_TO_BE_REPLACED

The Croatian Coast
Posted in Departures | No Comments »
by Joseph DeLoach
October 31, 2019

On the Adriatic Sea, just across from Italy, is the coast of Croatia. These 1104 miles of magnificent coasts, and 1246 islands, are world-renowned. The stunning clear-blue waters along the Croatian coast have always been a draw for those looking to experience a vision of paradise. Cliffs and islands offer up sites to behold that can not be overstated. The shores of Croatia are picture-perfect in every way. END_OF_DOCUMENT_TOKEN_TO_BE_REPLACED

The Ease of Cuban Travel
Posted in Supplier Profile | No Comments »
by Joseph DeLoach
October 30, 2019

Conflicting news has travelers confounded about whether they can still travel from the US to Cuba. Caribbean Tours USA has the answer, a resounding – Yes!

With almost 20 years of experience in travel to Cuba, 11 in in the Dominican Republic, Caribbean Tours USA wants to help travelers get the real information about traveling to the land of classic cars and gorgeous beaches. As they are already welcoming 25,000 customers per year to Cuba and the Dominican Republic, their knowledge of what is required for Cuba travel is tried and true. END_OF_DOCUMENT_TOKEN_TO_BE_REPLACED

On the stunning coasts of eastern South Africa sits Durban. The third most populous city in South Africa, after Johannesburg and Cape Town, its beaches seem endless. A place where Zulus make up the bulk of the population and the largest number of Indians live outside of India itself. All of this gives it a unique feel compared to the rest of South Africa. Embracing both its roots and the future, Durban is a worthwhile alternative to the more famous of South Africa’s cities. END_OF_DOCUMENT_TOKEN_TO_BE_REPLACED

The Passion and Heat of Spain, Andalucia
Posted in 60-Second Geography | No Comments »
by Joseph DeLoach

Southern Spain is hot in far more ways than the climate. This area, covering the entirety of the south, is called Andalucía. It has been the front line of heated wars between Islamic and Christian cultures, and the fire of emotion brought out in art. Flamenco dancers and Roma singers spice the air, while the passion shown in the architecture and felt in the atmosphere keep the emotions high. Andalucía is what one thinks of when they think of Spain in cultural snapshots.

END_OF_DOCUMENT_TOKEN_TO_BE_REPLACED 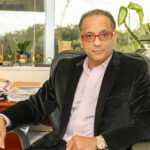 Board Member of SGI Travel, Egypt –based in New Jersey office END_OF_DOCUMENT_TOKEN_TO_BE_REPLACED

One of the oldest cities in Poland, Poznań has been around for 1,200 years. Today Poznań combines old-style charm with a modern city, business center and western atmosphere. It features interesting museums to visit and an old-world square during the day, and an energetic nightlife. Shortlisted for European Best Destination 2019, Poznań is one of Poland’s gems shining bright. END_OF_DOCUMENT_TOKEN_TO_BE_REPLACED

Born and educated in the Netherlands, Gordon Dirker has enjoyed an extensive career in the travel industry. Prior to being appointed VP of Business Development, Americas for Celestyal Cruises in January 2018, Gordon spent nearly 18 years working for the Travel Corporation. This was followed by nearly 4 years with the Norway based expedition cruise and ferry line, Hurtigruten. He started as a BDM for Contiki Holidays based in Baltimore, MD. After 1 year, Gordon was promoted and moved to London to lead their sales and marketing efforts in the UK and Europe. This was followed by a move back to LA where he spent 6 years at Brendan Vacations in a similar senior role. He left the Travel Corporation to become the regional VP for the USA and Canada with Hurtigruten. Gordon is married and resides in Seattle. In his free time, he likes to ski, hike and explore the Eastern Mediterranean. END_OF_DOCUMENT_TOKEN_TO_BE_REPLACED