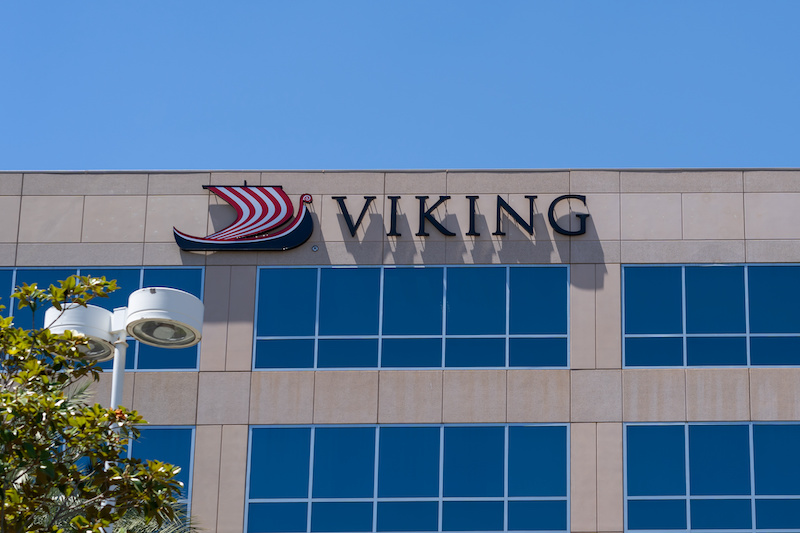 The Viking Kvasir. a 443-foot long vessel accommodating as many as  190 passengers, collided with a large cargo ship near Wesel, Germany, on the Rhine in heavy fog last weekend.  Though several crew and passengers reported cuts and bruises, there were no serious injuries. In May of this year, The Viking Aegir, ran into a pillar of a bridge on the Danube near Slovakia, injuring eleven people.