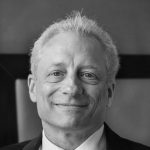 Michael was born and raised in the south suburbs of Chicago. He attended Northern Illinois University where he received a BS in Biological Sciences. It didn’t take him long to realize the routine of scientific testing work didn’t match with his personality.

Following a 29-year career working for the airlines in increasing sales roles, Michael joined Sky Bird Travel & Tours in 2015 as Sky Bird’s first Business Development Manager. As the sales team grew, Michael took on the role of Director as well as overseeing the Customer Service division. He is often the face of Sky Bird at industry events and the voice of Sky Bird on webinars featuring our WINGS booking engine.