Sitting at the foot of the Učka Mountain, the city of Opatija has been a seaside resort since the late 1800s. With the Adriatic Sea shining along an almost 8-mile coast, and Kvarner Bay hosting relaxing beaches. Though there was some decline in the state of the city following the 19th century golden age, it has returned to a gleaming example of the gems that sit along the coasts of Croatia.

Opatija from the sea is an experience of how stunning the Croatian coasts remain to this day. The sparkle of the sea meets bright villas and, further, a slow-rising mountain of green; creating a scene sought after for the sheer excitement of simply being there. This is one of the reasons that Opatija was officially declared by the imperial government to be a climatic health resort in 1889, making it popular for health and wellness tourism.

END_OF_DOCUMENT_TOKEN_TO_BE_REPLACED 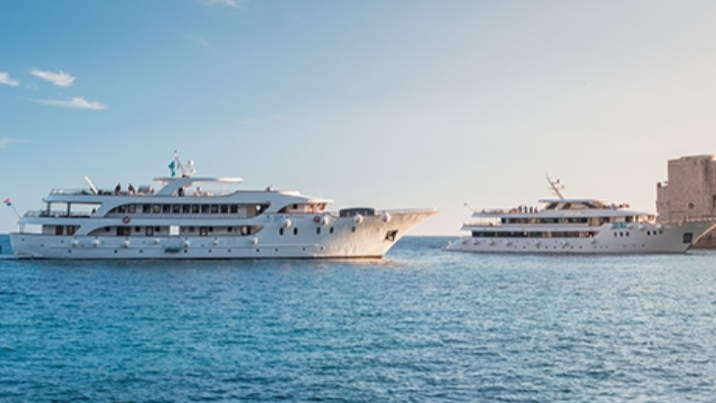 Katarina Line, Croatia’s premier small ship cruise company and DMC, has added a new mix of seven-night cruises that introduce travelers to Croatia and Montenegro’s natural beauty by both land and sea. END_OF_DOCUMENT_TOKEN_TO_BE_REPLACED

While Croatia has been gaining popularity in recent years, few offer such immersive and comprehensive cruise itineraries as in-destination experts Katarina Line. Based in Opatija, a coastal town on the Adriatic less than 50 miles from Italy, Katarina Line knows Croatia in and out, and offers guests unique voyages across a fleet of 60 vessels. END_OF_DOCUMENT_TOKEN_TO_BE_REPLACED 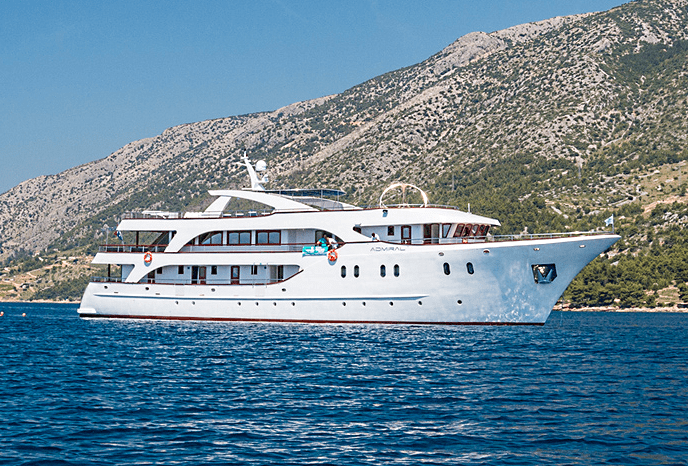 The easing of COVID-19 travel restrictions across Europe is helping to bring back international travel in a big way.

Croatia is among the beneficiaries, with record numbers of visitors expected in 2022. Preparing for this surge, Katarina Line, Croatia’s premier small ship cruise company and DMC, is highlighting the many seamless transfers available among its wide range of land tours and Adriatic cruises that offer some of the best ways to explore the country “by land and by sea.” Katarina Line is also offering 10 percent off all cruises from April 23 to May 28, 2022, making spring an excellent time to visit Croatia.

Among Katarina Line’s most popular combinations is the 3-day “Coast Express” land program and 7-night “Breathtaking Croatia” cruise. Coast Express can originate from places such as Venice or Zagreb and connect to companion cruises in Opatija or Split. With the 10 percent discount, “Breathtaking Croatia” can start at $1,362, based on double occupancy.

Coast Express includes guided tours and popular excursions, such as a visit to Plitvice Lakes National Park, a UNESCO World Heritage site. The park is Croatia’s largest, dominated by a mix of forests, meadows, and spectacular waterfalls.

Katarina Line’s Coast Express land tour can originate from several different gateways. The Split and Zagreb gateways feature a guided tour of Croatia’s capital of Zagreb that includes such attractions as St. Mark’s Church and Lotrščak Tower. It also includes a guided tour of Split, Dalmatia’s largest city whose history and rich cultural heritage can be traced back to Roman times. In between is a day spent exploring Plitvice Lakes, the oldest Croatian national park with 16 lakes connected by picturesque waterfalls.

Coast Express also features an Italian gateway, with the tour originating in Venice and visiting Opatija and Plitvice Lakes, before concluding at Split. The Slovenian Gateway features a guided tour of Ljubljana’s three bridges, Prešeren Square and the Robba Fountain. It will also visit Lake Bled in the Julian Alps; and Postojna Cave Park, before concluding in Split.

A Breath of Sea Air

Katarina Line’s seven-night “Breathtaking Croatia” cruises between Opatija and Split, departing from each city on alternating weeks. The itinerary includes guided tours of Split; the island of Hvar, whose historic island town is home to 7th-century fortifications; a Venetian loggia; and historic piazzas. It will also visit the village of Primošten; Kornati National Park; the island of Vis and its famous Blue Cave; the city of Zadar; and the Roman and Venetian ruins of its Old Town.

Other highlights include a visit to Brijuni National Park near the Istria Peninsula. A deluxe cruise includes most breakfasts and lunches, a captain’s dinner, and wine tastings.

“Combining a land and cruise programs offers an exciting opportunity to experience all of what the country has to offer, with English-speaking guides showing you the way,” said Hauptfeld.

Katarina Line sails the Dalmatian coast with guaranteed departures from cities that include Split, Dubrovnik, and Opatija. It provides the full range of small ships, from Deluxe Superior vessels with a capacity of up to 39 persons to the more intimate sailing boats and catamarans.

Katarina Line observes strict health and safety protocols, with frequent and regular cleaning of all common surfaces, including handrails, doorknobs, and light switches, as well as the use of air purifiers in the restaurant area. Cabins are cleaned on a daily basis, upon request, with all surfaces thoroughly sanitized.