Posted on July 22nd, 2013 by Richard Earls in Publishers Corner

I’m betting Meredith Bodgas, Senior Web Editor at Woman’s Day, is hoping this week is better than last. In response to an inaccurate and poorly edited and researched article  9 Things Travel Agents Won’t Tell You, the travel professional community descended on Woman’s Day like the Four Horsemen of the Apocalypse. What was remarkable about the ensuing Woman’s Day roast was the spontaneous, unified and generally well-spoken reaction of the travel professional community.

The list of those who contributed included leadership from associations, consortia, franchises, media and, importantly, suppliers. Be sure to let them know how much you appreciated their responsiveness.

Good for our side. But I ask you, is it enough to be continually in a defensive and reactive mode? Is it possible instead to be pro-actively involved in shaping public opinion and in educating the consumer on the role of the travel agent?

There is much to be done.  The travel profession’s public relations efforts have been spotty at best. As the WD Article betrays, the public  does not understand what a travel agent does.  The prevailing image  positions travel professionals as retailers of travel, not as advisors. The widespread opinion held by the average consumer would indicate it is more expensive to use a travel agent than to “do it yourself.”  After all, Priceline and countless others spent years and millions of dollars convincing the public to “be your own travel agent.” As an industry, we cannot afford to merely react each time a publication writes an article with a more or less degree of accuracy.  Taking a pro-active marketing position will help ensure the next time a consumer thinks about travel, they think about a travel professional. 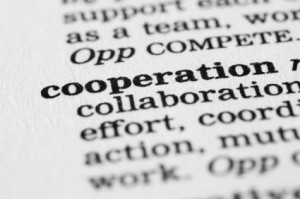 The problem with large, national campaigns, of course, is the tremendous expense involved in funding them. Perhaps it makes better sense for the national leadership of ASTA, Travel Leaders and others to provide agents with materials to be used at the local level.  Producing materials at the top and handing them down for local use maintains high production values and a consistent message.  Television commercials, press releases, articles, slogans, travel events and other tactics could be developed by leadership then handed off to local travel agencies to implement in their respective markets.

Consider the possibility of working with other agencies in your local communities to help shape public opinion. Cooperating with other travel professionals on public relations issues makes tremendous sense, and takes a bit of courage. But there is much to be gained in the effort.  Certainly the idea of cooperating with your “competition” is sometimes daunting, but the truth is your real competition is not the agency down the street but rather the ignorance of the general public about what you do and how you do it.

A grassroots campaign in your own community, collaborating with other agencies in your area makes good sense. A centralized nationwide campaign to educate the public is a very expensive proposition, but smaller, localized efforts make for easier lifting. The cost of a small, local ad campaign split between a dozen or more agencies is affordable and smart business.

Ask your leadership to continue their excellent response to the Woman’s Day article by leading you into a pro-active public relations campaign locally.  There is everything to gain.

Share your thoughts on “Woman’s Day and Public Relations”