So, someone trashed your agency online; now what? | TravelResearchOnline

So, someone trashed your agency online; now what?

Posted on October 23rd, 2015 by Laura Frazier in Agent Perspectives

Someone wrote a crappy review about us. Here’s what we did about it.

We’ve all had that client: one minute things are going along smoothly, and then suddenly things start to go south. Maybe you didn’t respond to an email quickly enough. Maybe a well-intentioned friend gave them advice that completely contradicts the advice that you gave them. But there’s nothing worse than that nagging feeling that your client has suddenly lost confidence in you. 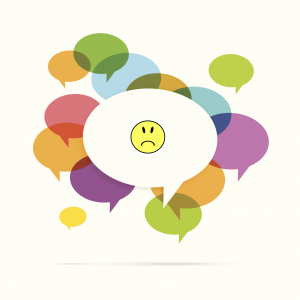 Several weeks after our last email interaction, I received what is usually a welcome site in my inbox-an email from a bridal site informing me that someone had taken the time to write a review about our services. Except this time, the review wasn’t the 5 star, glowing recommendation that we’re used to. This time, it was one of the most horrifying reviews I’d ever seen.

We did what anyone would do, and filed a dispute. Much to our dismay, the bridal site’s response was “In order to protect the integrity of the reviews we have to allow brides to post their opinions both good and bad.” But in our case, it wasn’t opinions that were an issue. The poster made several false statements that he presented as facts about the operation of our company. And then I started to receive emails from other sites that it had been posted on their site as well.

While I hope that none of you ever find yourself in this situation, here’s what you need to know.

After almost two weeks of hard work and countless emails, we did succeed in getting one of the biggest bridal sites to remove the review. We had hoped the other sites would follow suit, but this was not the case. To add insult to injury, one bridal site just asked the poster to revise the review to make it more “opinion oriented”, rather than removing the review completely.

It’s unfortunate that so many sites will allow a review to remain on their site, knowing full well it contains defamatory statements. While we did have one small victory with one of the most well-known bridal sites, we’ve likely have a long road ahead of us to have the remaining reviews removed.

Laura Frazier is the President of Bliss Honeymoons based in Columbus,  OH. For more information, you can contact Laura at laura@blisshoneymoons.com

One thought on “So, someone trashed your agency online; now what?”

Share your thoughts on “So, someone trashed your agency online; now what?”