A Tale As Old As Time: Travel Advisors vs. Scammers | TravelResearchOnline

A Tale As Old As Time: Travel Advisors vs. Scammers

Posted on September 4th, 2020 by Cheryl Rosen in The Rosen Report

As if Covid cases, consistently changing rules of entry, and nervous customers weren’t enough to deal with… last week, travel advisors were hit by another insidious disease: scammers at the resorts.

“I got lucky; I had a guardian angel looking out for me,” says travel advisor Loulu Lima, who last week discovered, just in time, that her booking of 22 adults and kids, for a total of 27 room nights, at the Hard Rock Punta Cana for a man named Darling Koch (you can’t make this stuff up) was just one big con.

Cathy Sanchez was not so lucky. Her scammer, who called himself Robert Nunez, booked five rooms at Hard Rock earlier this month — and even sent her a video of himself enjoying his vacation. Then he disputed the credit card charge, claiming it was unauthorized.

While they are seasoned travel advisors with a careful process for detecting scammers, both Lima and Sanchez were fooled — and they are not alone. Hard Rock and AIC sent out warning notices last week asking travel advisors to be extra cautious of last-minute bookings by a band of scammers. 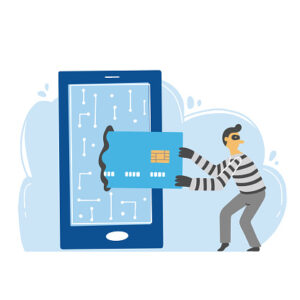 Sanchez is not sure what will happen as she disputes the chargeback. Lima, whose customer was due to arrive August 25, got a head’s up from AIC and canceled the booking — but was so mad that she decided to play sleuth herself and asked her BDM to have the local police arrest the group when they showed up.

Sanchez’s scammer appears to have been testing the system in July, when he booked five rooms at the last minute. He submitted all the required paperwork, including a credit-card authorization form and copies of his credit card and driver’s license. Two weeks after his return, he called again to book five more rooms at the Hard Rock for a group of friends. Then, he called about an overnight for the following day at the Waldorf in Beverly Hills. Suspicious now, Sanchez declined to book it.

On August 21, she received an email from Vacation Express saying the customer had initiated a chargeback for $984.

“I hope the credit card won’t come after us for the money,” she says. “We did our part, we have our bases covered. Even the phone number he called from comes up with his name.”

She sympathizes with the hotel, and is amazed at the nerve of a guy, “bringing 10 people to one of the most expensive hotels in the DR.”

Lima, too, took all the right steps; “I know to have all the protections in place; I’ve got my failsafe, my credit card authorization form, and I ask for ID and make sure everything matches.” She didn’t really think twice when he booked four rooms, she says, but she did start to wonder when he called back the day before departure to add five more. Just then, her BDM from AIC called, saying they were issuing a fraud alert for scammers — and that he had noticed that the seal on her client’s driver’s license was slightly off kilter, and apparently was Photoshopped.

Still on the phone with the customer, Lima suddenly took note of his NY-Dominican accent.

“I asked myself, ‘what red flag did I miss?’ And I thought, okay, I’m going to sucker him in now. I said, ‘Go ahead, show up at the hotel, they are waiting for you, nine rooms, all together.’“

While no one will tell her if the scammers actually were caught, Lima says she is most concerned “about someone who wants to go play on someone else’s dime” and stiff the Hard Rock out of $9,000 in the middle of a pandemic.

“At the end of the day, it was caught before travel, so I had no bad effects. However, this last-minute travel has me a bit more cautious,” she says. “I’m thinking that if I don’t know you, I will probably switch to saying payment has to be in cash, and you have to meet me in person.”

We’ve Heard It All Before

While the band of scammers hitting Hard Rock may be new, the con surely is not. Last year, Globe Travel, a $20 million agency in Bristol CT, was ripped off by a customer who canceled a flight and a cruise, collected on his travel insurance, and still disputed the charge with his credit card company, sticking the agency with the bills, says president Jeff Sonenstein.

“Our attorney said it would cost more than we’d be able to get back to pursue it, so we let it go,” Sonenstein says. But, because of that, he put in place a process where he only deals with customers he knows, and gets hard copies of every credit card authorization – rather than just verbal agreements. “We just have to be smarter, ask questions, know who our customers are,” he says.

At Peach Travel Services, meanwhile, Sheila Peach had a scammer of a different sort right here in the USofA. On August 24, she received an email from a “Mr. David Scott” asking if he was “in the right touch with a travel agent” to book a 10-day honeymoon in Niagara Falls. “I want a nice resort and some lively activities and excursions. My budget is $10,000,” he said.

His odd approach to the English language “made me go, ‘Hmm,’” Peach says. “I knew it was weird.” When she asked to speak by phone, he said he has a hearing impairment that makes that impossible.

She replied, “unless I have a conversation with a real person, I will view this as a scam” – and never heard from him again.

Travel agent specialist Sonja Moore at KRM Vacation & Travel, too, was in the process of booking eight guests to Punta Cana when her GOGO BDM got a bad feeling. She told the customer, “I believe you are scamming me” – and he was gone.

“I hadn’t heard about this kind of scam before,” she says. “But with these over-the-phone bookings, I’m going to start having them do a credit card authorization, like Vacation Express suggests.”

Mary Beth Anderson, of Airwave Travel, goes a step farther. She refuses to sell last-minute trips to anyone unless they meet in person or are a referral from someone she knows. And when she still is not sure, she calls the credit card company to verify the charge and asks them to get in touch with the cardholder to confirm.

GOGO, meanwhile, has asked its reps to get authorization from a manager for any trip booked within five days of arrival.

One thought on “A Tale As Old As Time: Travel Advisors vs. Scammers”

Share your thoughts on “A Tale As Old As Time: Travel Advisors vs. Scammers”