Posted on June 3rd, 2014 by Jonathan Divine in Outposts

The eye-catching colors of Ecuador leap out from every corner of its diverse landscape, from fluttering rainbow-hued macaw wings in the Amazonian jungle to the calm, dazzling blue lakes of the Andean sierra and the fiery terracotta sands of the Galapagos Islands. Brooding snow-capped volcanoes provide a striking contrast to the roaring heat of the salsa-dancing coast. You’ll gaze in wonder at the sparkling gold interior of Quito’s baroque churches while walking in the footsteps of Spanish conquistadors and Incan warriors.

Ecuador is heaven for nature lovers. Snorkeling and diving in the stunning water allows up-close and personal interaction with sea turtles, hammerhead sharks, marine iguanas and dolphins. Hiking is almost a religious experience when traversing the many trails that run throughout the Cotopaxi National Park, which is the site of one of Ecuador’s many active volcanoes. An abundance of lakes and springs allow ample opportunities for water activities such as canoeing and kayaking. 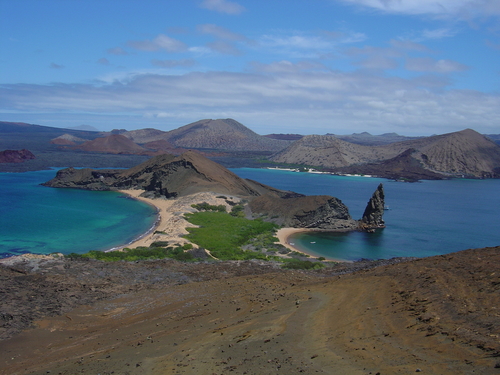 Carnaval, is a nationwide public display of concerts, parades, city fairs and heavy drinking. In many cities, water, egg, and/or flour fights are part of the tradition. The city of Guaranda is particularly famous for its Carnaval celebrations, as are Esmeraldas and Ambato. Carnaval is held during the week or so just before the start of Lent.

The Hispanic tradition Día de los Muertos (Day of the Dead), is celebrated on November 2 and honors passed love ones with flowers and joyful remembrances. Many head to cemeteries, but the vibe is far from somber.

In major cities such as Quito, Cuenca, and Guayaquil, you’ll find tons of Ecuadorean restaurants, as well as an excellent selection of international cuisines. In Quito, there is everything from cutting-edge fusion cuisine to Thai food and sushi. Throughout the country, you’ll also be able to find authentic pizza joints, as well as Chinese restaurants, known as chifas.

While you’re in Ecuador, you should definitely try comida típica (typical food). Ceviche de camarones (shrimp marinated in a tangy lemon juice and served with onions and cilantro) is one of the most popular dishes in Ecuador — you’ll find it on almost every menu. Ceviche is often served with a side of salty popcorn, fried corn, and fried plantains. The salt complements the tart lemon flavor.

It’s impossible to leave Ecuador empty-handed. Local artisan traditions have been thriving here for thousands of years. Take a trip up to the market in Otavalo (one of the best local handicraft markets in all of South America), and you’ll find an amazing array of hand-woven goods, including alpaca scarves, gloves, sweaters, colorful bags, tapestries, and ceramics. In the neighboring towns, you can buy leather goods and beautifully crafted hand-carved wood products. Keep in mind that Ecuadorians are not hagglers. At the markets, the prices are never fixed, but don’t expect to spend hours negotiating.

One of the most popular sites in Ecuador, the Galapagos Islands, are home to giant turtles, prehistoric iguanas and a variety of other unique species found nowhere else on earth. This marvelous archipelago is home to some of the most diverse and almost out-of-this-world creatures to ever walk the planet and was a heavy influence for Charles Darwin’s controversial book, The Origin of Species.

The islands, which are heavily vegetated, are comprised of 13 large volcanic islands, six smaller islands and roughly 107 rocks and islets. For most, including the creatures that inhabit the land, it is considered a true paradise, its white-sand beaches lining the coast with lava tunnels and animals dispersed throughout. Declared a UNESCO World Heritage Site in 1978, they are also known by their nickname of “The Enchanted Isles.”

Reachable via a short flight from Quito, the combination of the isolation and late discovery by humans with the historical lack of predators sets the stage for an environmental phenomenon that is arguably the greatest showcase of evolution in the world.

You’ll have no trouble finding an idyllic beach on the Galapagos Islands. On San Cristóbal, the tranquil stretch of powdery white sand on Cerro Brujo invites swimming and snorkeling in calm blue seas. Be on the lookout for turtle nesting sites on Santa Cruz’s two Las Bachas swimming beaches; you can spot sharks and manta rays from the shoreline of mangrove-fringed Tortuga Bay. You’ll share the coral beach with seals at Genovese’s Darwin Bay, once the mouth of a volcano. 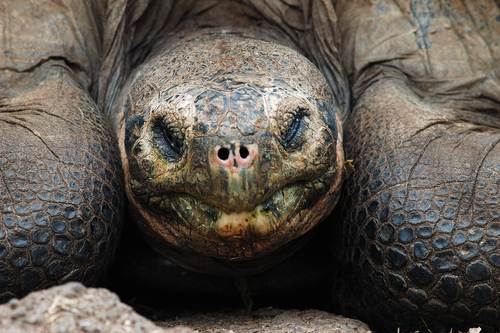 Things to Do in the Galapagos

Flights to Ecuador are relatively inexpensive and the country has two international airports allowing for more flight options and the ability to organize a schedule and budget for every traveler.

A simple and fun way to get to Ecuador is to take a cruise. More and more operators are offering voyages to this South American paradise, many of which are all-inclusive. We’ve all heard the saying, “Getting there is half the fun”, and cruise ships are full of fun activities to enhance a vacation on the way to the destination.

Share your thoughts on “Discover Ecuador by Solar Tours”