Discover the History of Johannesburg with South African Airways | TravelResearchOnline

Discover the History of Johannesburg with South African Airways

Posted on August 23rd, 2016 by Elizabeth Cody in Outposts

Johannesburg is a city filled with stunning sights and a deep, rich history that its residents invite visitors to explore and understand. Well past the days of fighting for democracy, Johannesburg has blossomed into a beautiful art-filled center of light in South Africa, drawing people near and far like moths to a flame. Whether it’s to touch a piece of history, watch the local wildlife grazing lazily on the savannah, or stroll through one of the city’s most famous public spaces, Johannesburg is a city that will always strive to never disappoint. 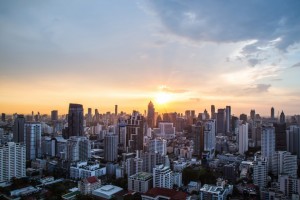 [/media-credit] The skyline of Johannesburg

One of the most historically significant and poignant sites in the city, Constitution Hill was originally a fort constructed in the late 19th century around a prison used for white male prisoners. The fort itself was built as a defense against British invasion, and eventually the facilities were expanded to accommodate “native” inmates, including vocal anti-apartheid activists and women. Conditions at the prison were appalling and prisoners were beaten and humiliated by the authorities, including being forced to dance naked and crowded into tight quarters. Famous inmates of the prison include Mahatma Gandhi, Nelson Mandela, Albert Lutuli, and Joe Slovo, earning the prison the nickname “The Robben Island of Johannesburg”. Today visitors come from all over the world to see a piece of South African history, and tours can be booked through the Visitors Centre.

Dedicated to one of Mandela’s greatest fights and the reason he was imprisoned for 27 years, the Apartheid Museum is a living testimony of the struggles of the South African people to win their democratic rights. The museum was actually funded in 1995 by a casino and is the first museum of its kind to document the rise and fall of the racial separation movement. Visitors walk through 22 different exhibits set up in a timeline, an emotional trek through South African’s darker days to the light at the end of the tunnel. The heart of the museum is the message by Nelson Mandela that: “To be free is not to merely cast off one’s chains, but to live in a way that respects and enhances the freedom of others.” 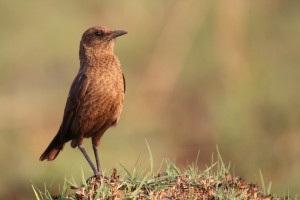 Named after the first female trade unionist in South Africa, Mary Fitzgerald Square was a popular stomping ground for worker strikes in the early 20th century. Today the park is more likely to see laughing tourists than irate laborers, and has undergone many renovations in the past few decades. Wooden heads carved from railway sleepers by local artists line the park, and markets sell local goods. The square is a popular place for public performances, everything from large formal concerts to smaller street performers, and is home to the largest LED screen on the African continent.

Only an hour away from the city of Johannesburg is the Suikerbosrand Nature Reserve, a stunning ecosphere that offers a welcome break from all of the high-energy city life in Johannesburg. Suikerbosrand boasts over 200 bird species that call the area home, as well as several species of mammals, including: aardvark, zebra, springbok, kudu, chacma baboon, cape fox, black wildebeest, and more. Those looking to stretch their legs can try their hand at hiking or bicycling on the reserve’s many trails and hills, and accommodations within the reserve can be arranged in advance.

South African Airways (SAA), South Africa’s national flag carrier and the continent’s most awarded airline, offers the most service from the U.S. to South Africa. Offering daily nonstop service from New York-JFK and daily direct flights from Washington D.C.-IAD (via Accra, Ghana and Dakar, Senegal) to Johannesburg. Through its code share and interline partnerships with United Airlines, Air Canada, JetBlue Airways, American Airlines and Virgin America convenient connections are offered between over 100 cities in the U.S. and Canada and SAA gateways in New York and Washington, DC. Through its Johannesburg hub, SAA and its regional airline partners South African Express, Airlink and Mango connect travelers to over 75 destinations throughout the African continent. A Star Alliance member, South African Airways is the recipient of the Skytrax 4-Star rating for 14 consecutive years.

For more information about Johannesburg and South African Airways, visit them online at www.flysaa.com.