Posted on August 16th, 2017 by Jane Behrend in Point-to-Point

With a small and compact city center, meandering coastline and lots of parks, the Icelandic capital is ready-made for walking. Here’s the first of our favorite urban hikes, what we like to call the Viking Trail. 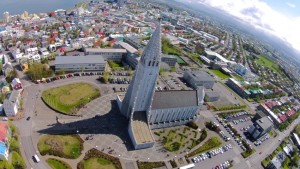 Grab a bird’s-eye-view of Reykjavik from the steeple of Hallgrimskirkja (Hallgrims Church) and then admire the heroic statue of Leif Eríkson in the forecourt — a gift from the United States to honor the 1,000th anniversary of the Icelandic parliament. Opposite the church is Einar Jónsson Museum, the onetime workshop of the island’s best-known sculptor, many of his works are inspired by old Norse sagas and Icelandic folklore.

Head down Skólavörðustígur street into the heart of city center and the Tþjöðmenningarhúsið (Culture House), which safeguards Iceland’s most precious books including 14th and 15th century illuminated sagas like the Codex Regius of the Elder Edda. 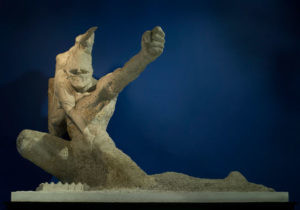 Continuing west — in the same manner as the Vikings when they migrated from Scandinavia to Iceland to Greenland and beyond — cross busy Lækjargata boulevard and through the middle of Austurvöllur Square. You might want to pause at this point to grab a drink or lunch at one of the square’s outdoor cafes. But ultimately make your way to the  Settlement Exhibition 871, where a Viking longhouse and other remnants of the city’s first Norse settlement (871 AD) are preserved in their original location. 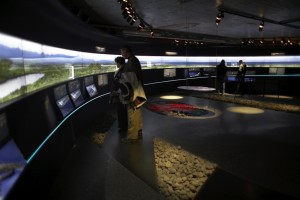 Share your thoughts on “Walking Reykjavik: The Viking Trail”