Posted on April 13th, 2018 by Ralph Grizzle in Deck Plans

Windstar Cruises recently appointed Captain James Griffiths to a new role as Expedition Captain, in preparation for Windstar’s return to Alaska this spring with Star Legend. On these voyages, Windstar will feature its new Signature Expeditions program that combines adventurous shore excursion offerings more commonly found on expedition ships and pairs them with Windstar’s own classic cruising ambiance. 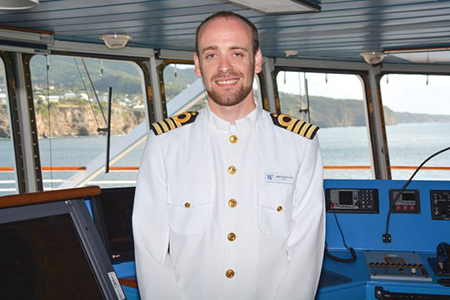 Captain Griffiths took the time to talk with The Avid Cruiser about his new role, Windstar’s Signature Expeditions, and what it all means for the company. His past expedition experience (he previously served as Captain of Lindblad Expeditions’ National Geographic Explorer and as Senior Master of the National Geographic Orion during her maiden Antarctic Peninsula season) will be an asset as he overseas the creation, development and implementation of Windstar’s Signature expedition program.

What are Windstar’s Signature Expeditions?

Signature Expeditions will be featured on all of our Alaska sailings from 11- to 14-days, with rich and immersive itineraries, sailing between Seward (Anchorage), AK and Vancouver, BC.

I’m in charge of overseeing all aspects of Windstar’s Signature Expeditions program. As a key part of the program, I have personally assembled an expedition team of world-class naturalists who will guide guests on their Alaskan journey. The whole experience is crafted to provide multiple high-touch adventures and enrichment opportunities each day. The highly skilled and knowledgeable Signature Expeditions Team will lead tours aboard Zodiacs and expedition kayaks, as well as guiding guests on scenic hikes.

Why did Windstar choose to go to Alaska now, after being out of the region for more than 20 years?

It’s such a great destination but before we just had the sailing ships at Windstar, which weren’t suited to Alaska really… they are more warm-weather ships. To have the Star Legend, a sleek power yacht only carrying 212 guests, she’s actually an ice-class ship that was built to do this as a cold-weather vessel with a reinforced hull. She’s the ideal ship built for the Alaska environment. 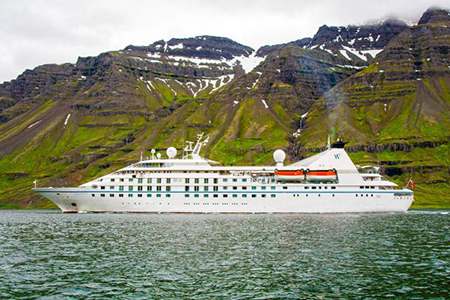 What else is being done to Star Legend to make her more of an expedition ship?

My background is in expeditions, so I’ve been overseeing those changes in Singapore for the dry dock period to allow her to operate at her best in Alaska this summer. We’ve added an Expedition Deck, including a crane, Zodiac boats (six of them), and also in the marina, we’re making changes as well to turn it into a staging area for guests to embark on the boats, and adding 10 expedition kayaks. We partnered with Expedition Voyage Consultants to find some of THE BEST expedition naturalists and experts. These are not just guest lecturers. These are glaciologists, biologists and other experts who are true Alaska experts.

Will these leaders be going on other ships?

They’ll be there all summer. What the program actually is: we’ve modified the itineraries to have expedition days built into them. We’re going to places like Tracy and Endicott Arm. Whereas most cruise ships will go to those places and do a quick scenic cruise, in and out, and back onto the next place, Windstar will go in and stop the ship in a remote location, launch our expedition equipment, and then our expedition staff will take you off the ship to get up and close to the wildlife, the glaciers, and the beautiful scenery.

Also, these people will be giving lectures in the evening, leading workshops, spending time on deck and on the bridge… and we’ve built time into the schedule to be able to stop the ship. If we see a pod of killer whales or a pod of humpback whales, we’ll stop the ship for a half an hour and look at them. We’ll provide commentary and give people a chance to see it. Windstar has an open bridge policy, so when we’re in open water, guests are always welcome to come up. We’ll have naturalists positioned on the lookout when we’re at sea and spotting scopes to look for bears on shore, as well as whales in the distance. 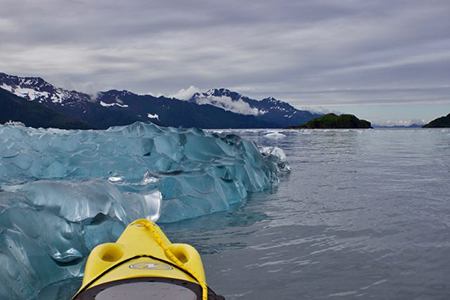 How do you pack for this experience?

In my experience, if you go off on these kayaks, the guests usually come back with a lot less clothing on! They’re working hard paddling. We provide waterproof pants, life jackets, etc. Also, we’re partnering with local Seattle company Ship to Shore. You can buy expedition parkas, etc. in advance, and they will ship it to the ship, so it’s waiting for you when you arrive. But in the summer, it’s really not that cold in Alaska.

Is there talk of doing expeditions elsewhere on Windstar?

Absolutely. The expedition market is something we’ve been watching for a long time. The Windstar product lends itself well to it – in Costa Rica, we’ve had Zodiacs operating for several years and a naturalist on board. But we’ve created this new Signature Expeditions product within Windstar to launch in Alaska, and we are able to scale this to wherever we are. We’re looking at Iceland, the British Isles, and other places in addition to Alaska. I think our guests will really appreciate that because Windstar guests want to get to know the place. They want to get closer.